What do St. Edith Stein, St. Therese of Lisieux, and St. John of the Cross all have in common? Apart from residing in Eternal Paradise together, these three saints lived their lives in the Carmelite order, leaving the world behind to live in a community devoted to prayer, contemplation, and being in union with the … END_OF_DOCUMENT_TOKEN_TO_BE_REPLACED

It can be hard to reflect on an experience that you’ve never had before. Shortly after I began my employment at Tekton, I was tasked with writing a reflection on the Upper Room. Having never set foot in the same country as the Upper Room, I scoured the Internet for all the info it had … END_OF_DOCUMENT_TOKEN_TO_BE_REPLACED

“Holy Week and Easter will never be the same.” This is the comment we get most abundantly from our pilgrims upon their return from the Holy Land. It comes in through our surveys so often that you would think they all copied one another’s responses – cutting and pasting the same thing over and over … END_OF_DOCUMENT_TOKEN_TO_BE_REPLACED

In the St. Wenceslas tale that is told around this time of year, we see a king’s mercy and compassion. Good King Wenceslas, who has had songs and story books made of his life, set out one winter’s night with his squire to take food and firewood to his poor subjects. The snow was deep, … END_OF_DOCUMENT_TOKEN_TO_BE_REPLACED

I’ve often heard, “We are all called to be holy.” But until lately, I saw holiness as a synonym for moral goodness. I recently learned, though, that the Hebrew translation means to be “set apart” from the world for God’s purpose. Peter, John, and James were certainly “set apart” when they accompanied Jesus to the … END_OF_DOCUMENT_TOKEN_TO_BE_REPLACED

It was late when my plane touched down in Tel Aviv, but after years of anticipation, I had finally made it – I was in the land of Jesus and the Gospels! It was dark as our bus worked its way through the hill country of Israel on its way to our first stop: Bethlehem. … END_OF_DOCUMENT_TOKEN_TO_BE_REPLACED

Every pilgrim knows that once you’ve been to the Holy Land, “Ordinary Time” is never ordinary again. You can’t walk in the footsteps of Our Lord and not be affected when you hear the Gospel message. Ordinary Time, which begins this Sunday, is not called so because it is “not interesting.” The phrase is derived … END_OF_DOCUMENT_TOKEN_TO_BE_REPLACED

In those days a decree went out from Caesar Augustus, that the whole world should be enrolled. So, all went to be enrolled, each to his own town. And Joseph too went up from Galilee from the town of Nazareth to Judea, to the city of David that is called Bethlehem, because he was of … END_OF_DOCUMENT_TOKEN_TO_BE_REPLACED 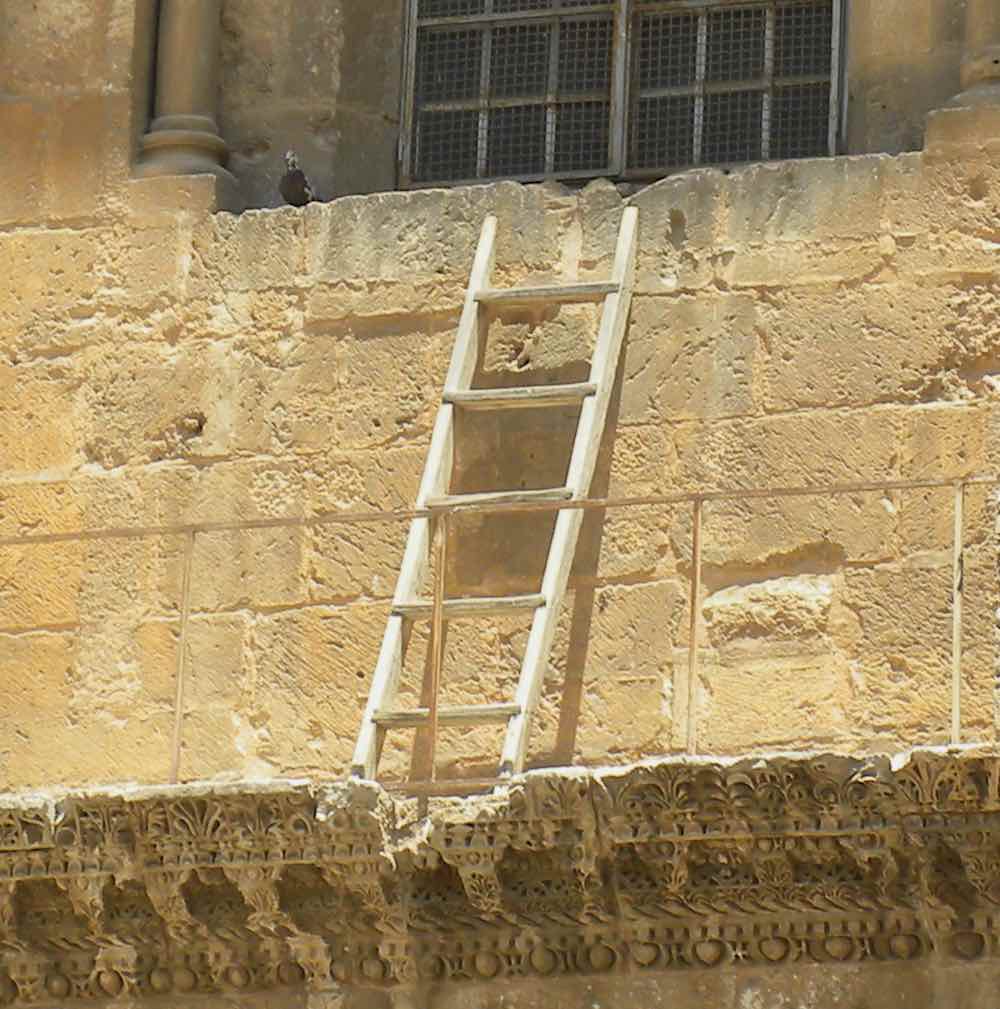 For 250 years, a ladder has stood almost unmoved, a symbol of division and the aspiration for healing.

The Man A distant cousin of Jesus, John makes his first appearance in the Gospels when the angel Gabriel first announces his conception to Elizabeth and Zechariah, an aging couple who had previously been unable to bear children. Overcome with disbelief at the angel’s message, Zechariah voiced his skepticism and was instantly stricken with muteness, … END_OF_DOCUMENT_TOKEN_TO_BE_REPLACED

Found in Tabgha along the shoreline of the Sea of Galilee, not far from where the multiplication of the loaves and fishes took place, is a quaint Roman Catholic Church made of gray stone. It’s quite simple, with a single column that is topped off by a bell and crucifix, and a few windows peppering the outside walls. Its red roof stands out amongst the greenery that surrounds it. This is the Church of the Primacy of St. Peter, a site that commemorates the event that started a papal lineage that spans 265 successors.

When the Upper Room is mentioned, the first thing that might come to mind is Da Vinci’s The Last Supper. In his version it’s a room with a high ceiling, big enough to accommodate a table for thirteen diners (perhaps even more if they didn’t all have to sit on the same side of the … END_OF_DOCUMENT_TOKEN_TO_BE_REPLACED 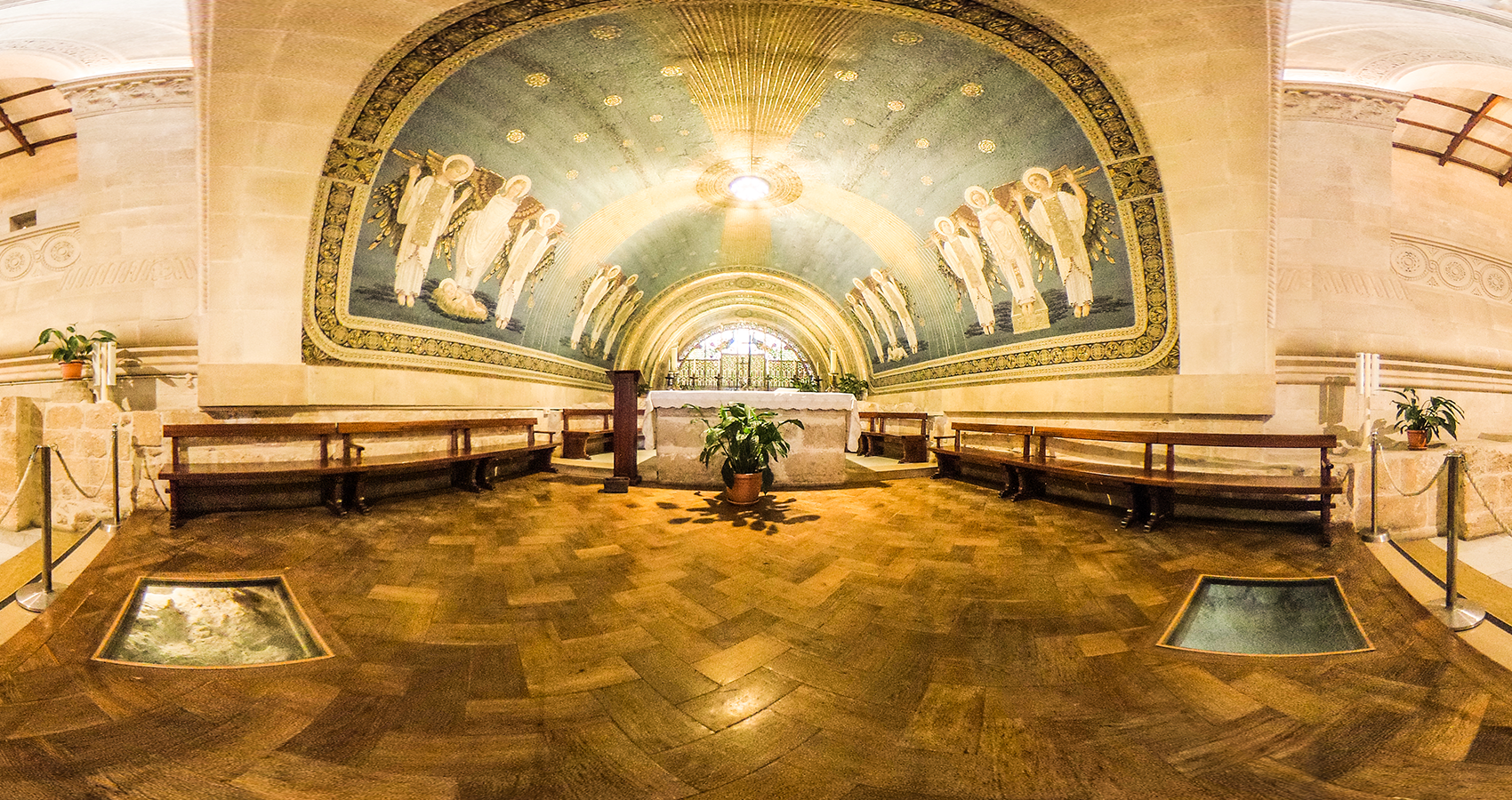 This virtual reality tour of the Church of the Transfiguration allows the viewer to imagine standing where Peter, James, and John stood as they watched Christ transfigured before them and heard the Father’s words: “This is my Son, my beloved. Listen to Him!” 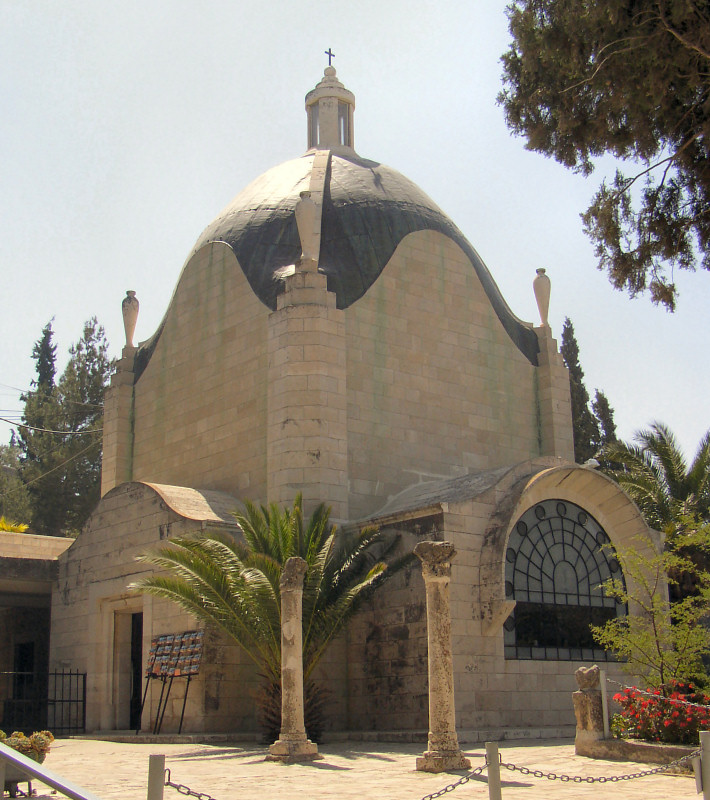 As he drew near, he saw the city and wept over it, saying, “If this day you only knew what makes for peace—but now it is hidden from your eyes. For the days are coming upon you when your enemies will raise a palisade against you; they will encircle you and hem you in on all sides. They … END_OF_DOCUMENT_TOKEN_TO_BE_REPLACED 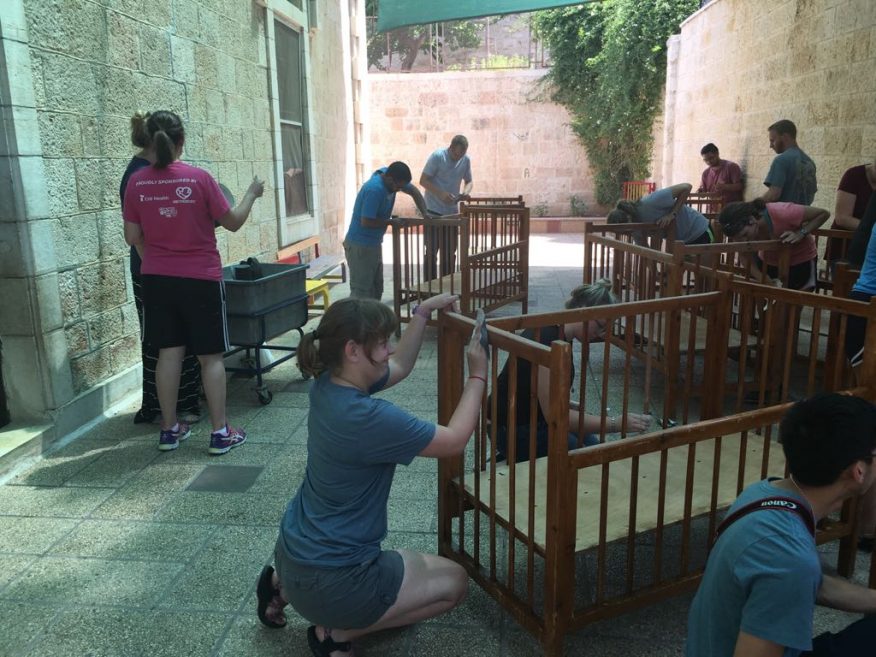 If you were blessed to make a pilgrimage to the Holy Land, what would you want to do, and where would you want to go? How would you walk in the footsteps of Christ? Perhaps, you’d like to stand beside the River Jordan and gather water from the river where John baptized Christ. Maybe you’d … END_OF_DOCUMENT_TOKEN_TO_BE_REPLACED