This week, we celebrated the Nativity of the Blessed Virgin Mary, and this Sunday, we look forward to commemorating the Feast of the Holy Name of Mary. With only four days separating these two feasts, Our Lady is brought to the forefront of our days during this time.

During pilgrimage, our hearts are also drawn to Our Lady at various sites. Many holy places throughout the world are named after Mary, as her vocation on earth and in Heaven is to point her children towards eternal life in Christ. The shrines and churches that bear her name not only introduce us to the Mother of God, but put us on a track to further encounter her Son.

As we slowly, but surely, open up the world once again to pilgrims, here are a few of our favorite destinations that are named after one of Mary’s various titles. Hopefully someday soon, you will be able to experience the wonder and awe that these sites have brought to pilgrims throughout the ages!

France: Cathedral of Notre Dame
In the news most recently because of the 2019 fire that overtook much of the church, Notre Dame is a beautiful Gothic masterpiece whose construction was commenced in 1163. Its long history in the city of Paris has led it to become one of the most recognized French symbols and draws in the most tourists of any site each year.

Mexico: Basilica of Our Lady of Guadalupe
This basilica is home to one of the great mysteries of the Church: the Tilma of Juan Diego. After an unexplainable image of Our Lady appeared on the cloak of St. Juan Diego after appearing to him in 1531, it has been preserved and displayed for the faithful to see. Millions of pilgrims visit this basilica and venerate the tilma each year.

Italy: St. Mary Major
This massive basilica located in Rome is one of the largest Marian churches. Its construction began in 432 at the request of Our Lady when she appeared to a Roman couple. This structure has housed many treasures in the times of its existence, like the crib of Jesus, a painting by St. Luke of the Virgin Mary, and the chapel where St. Ignatius of Loyola celebrated his first Mass.

Spain: Shrine of Our Lady of the Pillar
In 40 AD, Our Lady appeared to St. James (her only apparition during her lifetime) and told him to build a church in her honor. She brought him a pillar, and around that a small chapel was built – the first church built in honor of Mary. The church that stands today was built in the 1600s, and has a grandeur that draws many of the faithful to its doors each year.

Ireland: Our Lady’s Island
This peninsula in Ireland was chosen as the home of St. Abban’s monastery in the 6th century. Today, this monastery is still visited by pilgrims, making it the oldest Marian Shrine in the country. 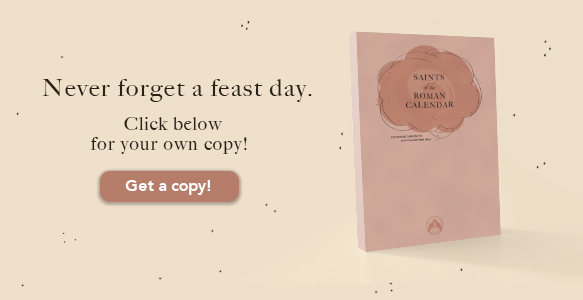