Sharing the Jolly News from Bethlehem

While Christmas is often associated with a jolly old man bearing gifts for all, there is another less-jolly old man even more closely tied with the birthplace of our Savior. And who also happened to offer a gift to the world.

Yes, even saints get grumpy sometimes, and St. Jerome was known for his grumpiness. Also, for being argumentative. Even quite stubborn at times. But he didn’t let his personality quirks and challenges stop him from striving for holiness. In fact, his legacy now extends far beyond the memories of his flawed personality.

Oftentimes, when we refer to “what happens there, stays there,” it is in reference to sinful decisions or negative parts we would rather leave behind. What if, however, we turned it around and asked ourselves what good we could take from a place or a situation?  So that the graces of an experience don’t just stay in one place, but venture out to positively influence others?

This, too, relates to St. Jerome, and a small town in the biblical region of Judea named Bethlehem.

In a small unassuming grotto near the Basilica of the Nativity in Bethlehem, St. Jerome produced one of the most important translations of the Bible. Working from the original Hebrew and Greek, his Latin translation of the scriptures became known as the Vulgate which translated means the “common” version – for Latin was the common language of many people at that time. For over 16 years, Jerome worked tirelessly on his major life’s work while living in the monastery he helped to found.

The Vulgate later became the official translation for the Catholic Church, impacting the liturgical and devotional life of the faithful for hundreds of years. This impact certainly reaches far beyond the cave in which the translation was written.

St. Jerome’s work in translating the Bible wasn’t just for himself, though he certainly enjoyed using his God-given gifts and talents to create the manuscripts. Even with his flaws and imperfections, Jerome conformed himself to the Lord’s Will and overcame his sinfulness to obtain full holiness with God in Heaven. After his death, his work remained, and traveled around the world – continuing to influence our faith today.

What happened in Bethlehem certainly didn’t stay in Bethlehem, not with the shepherds who first greeted the Christ child and ran back to share the news with others; not during Jerome’s time as his translations spread throughout the known world; and not even today and millions of pilgrims encounter the Nativity in a new and profound way each year, returning to their homes spiritually renewed and refreshed.

May we all follow St. Jerome’s example and strive for holiness and a transformative encounter with God, so we can be vessels bringing Him to the world – most especially during this upcoming Christmas season, where we reflect on His first coming and look forward to His coming again. 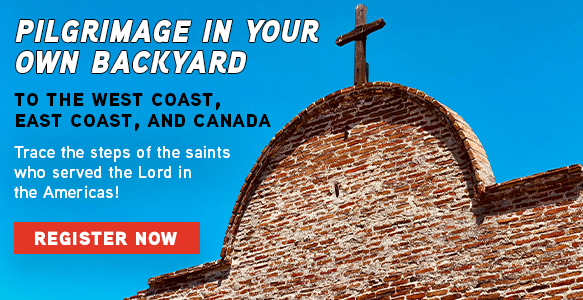