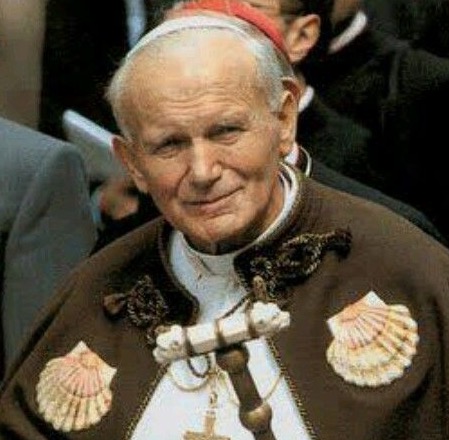 "For the Church, pilgrimages, in all their multiple aspects, have always been a gift of grace."
-St. Pope John Paul II

The History of the Camino

The Camino de Santiago, a walking pilgrimage across Spain, has seen a meteoric rise in popularity over the past 30 years. In 1986, less than 2,500 pilgrims were issued a certificate of completion, whereas over 270,000 registered pilgrims walked into Santiago in 2016. However, the modern Camino de Santiago has its roots in the first century A.D and the first recorded pilgrim made his pilgrimage in the 9th century. From then until now, many legends and stories have been built up about the history of the Camino, but the following facts remain.

When our Lord Jesus commanded His apostles to “go therefore and make disciples of all the nations, baptizing them in the name of the Father and the Son and the Holy Spirit,” (Matt. 28:19) St. James the Greater went into the Iberian Peninsula to preach to the people there.  Upon his return to Jerusalem, he was beheaded by King Herod Agrippa in the year 44. 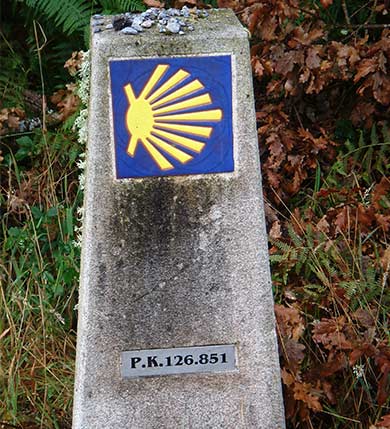 “We wish to thank the staff for such careful planning and organization of our trip. Every detail was taken care of beforehand, and our Spanish guide and bus drivers were the best!”
-Barbara D. Camino Pilgrim 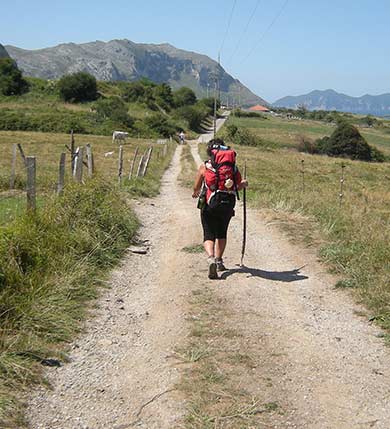 Tradition holds that at this point some of his followers put his body in a boat that was guided by angels until it landed off the northwest coast of Spain in the province of Galicia. The local queen moved his body inland and placed it in a marble tomb, where he lay forgotten for hundreds of years. In the 9th century, the hermit Pelagius had a vision of a field of stars (in today’s Spanish – Compostela) that led him to the discovery of a tomb with three bodies. Believing it to be the body of St. James and two of his disciples, Pelagius reported the find to his local bishop, who declared the remains to be authentic, and thus opening up the site for veneration by pilgrims.

“I am beyond grateful to the staff at Tekton Ministries and my fellow pilgrims for this life-changing experience! Thank you!”
-Lynn B. Camino Pilgrim

The Camino is a physical, walking pilgrimage. There will be multiple days in a row of 9-15 mile walks, so it is best to physically prepare for the activity – in addition to the spiritual preparation recommended for all pilgrimages. If long walks are not part of your regular routine, begin with short walks around your neighborhood or on nearby trails. As your pilgrimage draws closer, lengthen these walks and try to walk multiple days in a row. The area of Spain where Santiago is located is known for its rolling green hills, so be sure to incorporate some hikes or walks with elevation gains in order to prepare for this.
In order to earn a Compostela (certificate of completion), a pilgrim must walk at least the final 100kms (approximately 62 miles) of any pilgrimage route into Santiago. This is typically broken up into 5 stages ranging from 9-16 miles each. At an average pace, this may take between 3-6 hours of walking time, with plenty of places to stop for a snack or a drink or just a rest break along the way.
The Camino is very well marked with yellow arrows, “flechas amarillas,” and the scallop shell (the symbol of St. James). There are typically many pilgrims around following the same path and the likelihood of losing your way is very small. However, if ever you find yourself confused or disoriented, any local will be able and happy to show you the way. A simple “Camino?” with a questioning look will quickly find you pointed or escorted in the right direction!
If you find yourself tired and in need of a break, take one! There are plenty of places to rest along the way, and often a drink of water or a snack coupled with a few moments of sitting and resting will rejuvenate you enough so you are ready to continue. It is not a race and you have nearly the whole day to complete each section. If you absolutely cannot continue, you will have contact information for your guide and can request someone meet you and bring you to the end point of that day’s journey. However, you would need to make your way to a town, as vehicles cannot drive on the path in the woods! You would then be able to wait for the rest of your group to join you at the end point of that day.
View our Camino de Santiago Packing List for a list of packing tips and recommended equipment/clothing.
For Information on Upcoming
Pilgrimages, Contact Us! 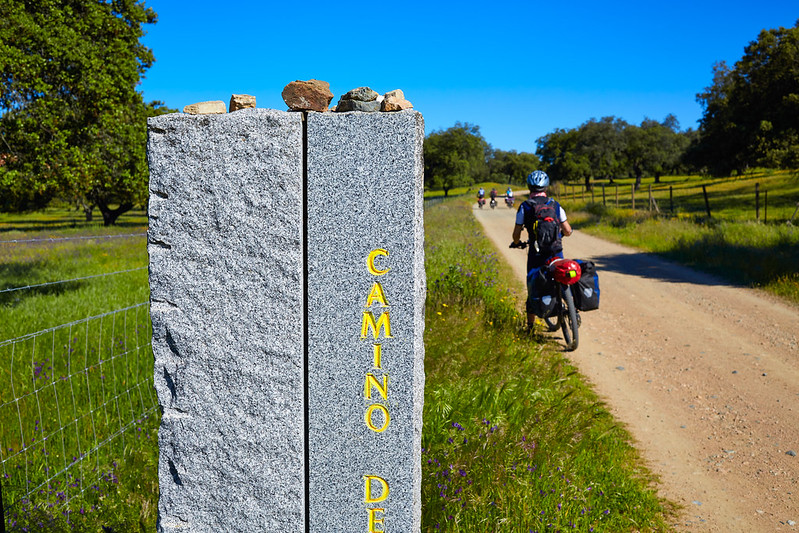