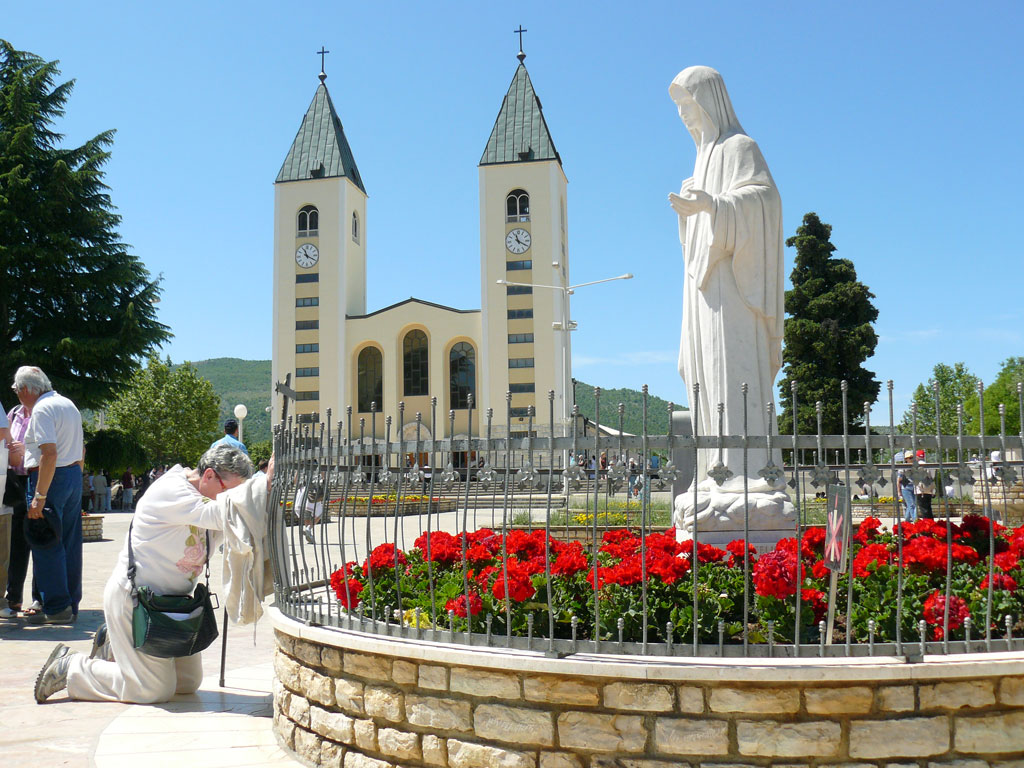 Timeline of the Church’s response to Medjugorje

1984: Local bishop, diocese of Mostar forms a commission to investigate the events in Medjugorje.

1986: Bishop submits a negative decision about Medjugorje to the Congregation for the Doctrine of Faith (CDF), which at the time was led by Cardinal Joseph Ratzinger (later, Pope Benedict).

In Summary, the 1991 Commission makes the following statements:

1991-present day: The decision of the 1991 Medjugorje Commision remains the official position of the Church regarding Medjugorje.

2010: The Vatican forms a new commission to investigate the apparitions of Medjugorje.  The commission is headed by Cardinal Camillo Ruini, retired Vicar General of Rome and is made up of 16 members.  Noticably absent from this commission is the bishop of Mostar.

2014: The Cardinal Ruini Commission completes its investigation of Medjugorje and submits finding to the Congregation for the Doctrine of Faith.

“We call Her here, the Queen of Peace. … Therefore, that honoring, so intensive here, is of the greatest importance and is necessary to the whole world.  …  We need a Heavenly intervention.  The presence of our Blessed Virgin Mary – that is this intervention. It is God’s initiative.  …  Therefore, I would like to encourage and fortify all of you, on behalf of the Pope, as his Emissary … Those who come here discover something extraordinary …They discover a huge range of profound spirituality.  We can see that devotion in Medjugorje is very Christ-centered,”

“Medjugorje is a very fertile land from a religious perspective. In these years we can count 610 religious and priesthood vocations born in Medjugorje. … When we are aware of the crisis of vocations …  it is clear that there is something new here, something remarkable.”

“The specific role of Medjugorje is extremely important here.  …  You, my dear friends, should be the carriers of the joyful news. Say to the whole world that in Medjugorje we can find the light again.  We need those special places of light in the world that is sinking into darkness.”

May, 2017: The findings of the Ruini Commission, which was so esteemed by the Pope Francis, are made public.  The commission recommends that the first 7 days of the apparitions be approved, and that the Medjugorje be turned into a pontifical sanctuary. The commission made no recommendations about the any of the apparitions which occurred after the first 7 days.  We are currently waiting for Pope Francis’s actions based on these recommendations.

August, 2017: Papal envoy to Medjugorje, Archbishop Hoser, gave an interview in Poland, in which he said, among other things, the following:  He said “every indication” is that the apparitions will be approved, even as early as this year.

“Specifically, I think it’s possible to recognize the authenticity of the first [seven] apparitions as proposed by the Ruini commission,” Hoser said. “Besides, it is difficult to get another verdict, because it’s difficult to believe that six seers will lie for 36 years. What they say has been consistent. They are not mentally incompetent. A strong argument for the authenticity of the apparitions is their faithfulness to the doctrine of the Church … In any event, this movement will not stop and should not be stopped, because of the good fruit that grows out of it,” Hoser said. “It is one of the most alive places of prayer and conversion in Europe - and has a healthy spirituality.”

May 31, 2018: “Pope Francis nominated Archbishop Hoser a second time “as special apostolic visitor for the parish of Medjugorje” on 31 May 2018. According to the statement released by the Holy See’s Press Office, the mandate will last for “an undefined period and ad nutum Sanctae” (at the Holy See’s disposition).  Once again, Archbishop Hoser will exercise “an exclusively pastoral office” in continuity with his first mandate which came to an end recently.  The Holy See’s Press Office explains, “the mission of the Apostolic Visitor has the aim of ensuring a stable and continuous accompaniment to the parish community of Medjugorje and to the faithful who go there as pilgrims, and whose needs require particular attention."  (https://www.vaticannews.va/en/church/news/2018-07/archbishop-hoser-envoy-medjugorje-st-james-apparition-mary.html)

July 22, 2018: The most significant date in the history of the Medjugorje apparitions, since the beginning of the apparitions – Archbishop Henryk Hoser moves to Medjugorje and begins his assignment as apostolic visitor for the parish of St. James.  With this action, the Vatican has effectively placed Medjugorje under its direct control and guidance.  A second historic and hugely significant event happened on this day as well: at the same evening Mass of welcome for Archbishop Hoser, the Papal Nuncio for Bosnia-Hercegovina, Msgr. Luigi Pezzuto, concelebrated the Holy Mass – a first for any Vatican official. The Papal Nuncio accompanied Hoser and read a letter from Pope Francis announcing Hoser’s appointment in Medjugorje.

In his homily, Archbishop Hoser spoke about why people come to Medjugorje: “Pilgrims come to Medjugorje from faraway regions, from approximately 80 countries of the world. . . ,” he said. “. . . Let us now ask the fundamental question: Why do so many people come to Medjugorje every year? The clear answer is this: they come to meet someone, to meet God, to meet Christ, to meet His Mother. And then to discover the path that leads to the joy of living in the house of the Father and of the Mother; and ultimately to discover the Marian way as the more certain and sure one. This is the path of the Marian devotion that has been taking place here for years.”  Later in his homily, Archbishop Hoser said, “This is what the people’s devotion in Medjugorje looks like: in the center is the Holy Mass, Adoration of the Most Blessed Sacrament, the sacrament of Reconciliation. And all of this followed by other forms of devotion: the Rosary and the Way of the Cross, which have turned what in the beginning used to be sharp stones into smooth paths.”

“Archbishop Hoser made a point to invite all believers to go to Medjugorje, if they are able, and to receive spiritual renewal. “I would highly recommend it. I would say that it is the pilgrimage of spiritual change, conversion, and strengthening of faith – you can experience all of that there.”

August 1, 2018:   Yet another significant event in the history of Medjugorje - Papal Nuncio for Bosnia-Hercegovina, Msgr. Luigi Pezzuto, opens the annual Youth Festival in Medjugorje by presiding at Holy Mass – the first time such an event has happened in Medjugorje.