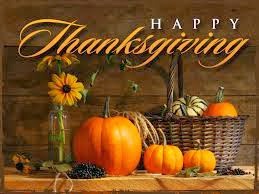 The Book of Daniel draws on older traditions that reached back into the Babylonian exile and had become part of Israel’s heritage. Like Daniel, Israel itself had been preserved alive from the dangers of the lions’ den of the exile. About four hundred years later, during the persecution of Antiochus Epiphanes (who had inherited a part of the empire of Alexander the Great), Israel again experienced horrendous persecution and the collapse of the holy city. The long years in-between, silent, monotonous years, did not seem to have achieved anything. Even though they were marked by intense interest in the law of Moses and an attempt to obey that law punctiliously, now this lowering cloud and whirlwind of destruction swept through their lives again.

Daniel advises the people that God is preparing a letter to the nations and peoples of every language. This letter will proclaim that Yahweh, the God of Israel’s ancestors, is the living God, enduring forever, whose kingdom shall not be destroyed, and his dominion shall be without end. While the monotonous years provide the opportunity to appreciate and safeguard our prayer and fidelity with God, the tempestuous period of trial becomes a divinely appointed way of casting down those walls and sharing our God and our family with the world.
(Adapted from ACP)
__________________________________________________
Today is Thanksgiving Day in the United States.  A holiday built around gratitude.    Families and friends gather together to enjoy good food and time together.  Weeks before the holiday the grocery stores abound with the ingredients for traditional thanksgiving meal including turkey, stuffing, cranberry sauce and pumpkin pie.  While the focus can be on the feast there are other signs of Thanksgiving as well.  Many Facebook users have been posting a reason to feel grateful for each and every day in November.  Jobs and warm homes and loving families are popular items on the gratitude lists.  And it is so nice to see the Thanksgiving holiday expand beyond the actual Thanksgiving day.  This societal embrace of gratitude has me praying about Thanksgiving in a different way.
(Adapted from Mary Lee Brock)