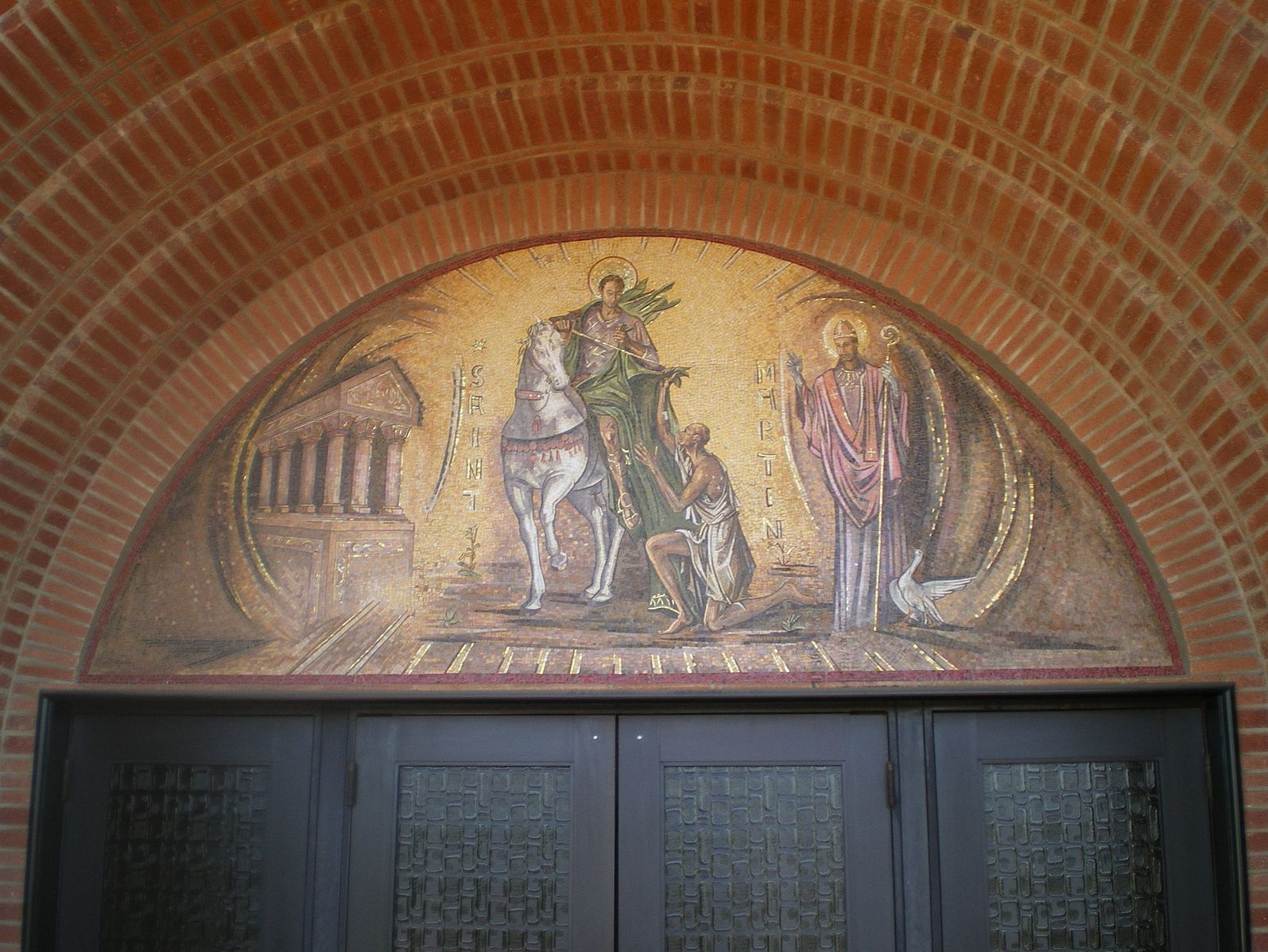 Saint Martin of Tours was born to pagan parents in the early 4th century. He followed in his father’s footsteps and became a Roman legionary, though he had already decided in his heart to follow Christ. It wasn’t until one of his more famous encounters that he was indeed baptized as a Christian.

One winter’s day, in the city of Amiens, Martin saw a freezing beggar. Having nothing to share but his own cloak, Martin took his sword, cut the coat in two, and gave half to the beggar. That evening, he had a vision of Christ, appearing to him in the half cloak Martin had given the beggar. Martin reported that Jesus said aloud “Martin, who is but a catechumen, clothed me with this robe.”

This vision is what finally prompted Martin to seek baptism, which he received around the age of twenty. Though still feeling a call to the monastic life and not a life in the military, it wasn’t until a few years later when about to receive a bonus for his service that Martin expressed out loud his desire to leave the legionary:

“I have served you as a soldier; now let me serve Christ. Give the bounty to those who are going to fight. But I am a soldier of Christ and it is not lawful for me to fight.”

Martin’s superiors were certain that he was acting out of cowardice, and said so, to which Martin replied:

“In the name of the Lord Jesus, and protected not by a helmet and buckler, but by the sign of the cross, I will thrust myself into the thickest squadrons of the enemy without fear.”

His superiors were going to allow this to take place and left him with armed guards overnight as the rest of the army prepared for battle. However, the next day, the enemy they were to fight sent an emissary for peace and a truce was declared. Martin, no longer seen as a coward, was allowed to leave the army.

Martin was finally able to set off and live as a hermit, as he had desired from a very young age. However, he was soon joined by others who were drawn to his holiness and example and who wanted to live as he did. Therefore, a monastic community grew up and became one of the oldest in Europe – the Benedictine abbey at Ligugé. Monks have continued to live in the abbey through the centuries – leaving only when expelled due to war or reformation – to the present day, when about 25 monks still live, work, and pray in the manner of St. Martin and thousands of other Benedictines.

Alas, Martin’s solitude was not to last and one day, having been lured into the city of Tours by a man claiming to have a sick wife, he was declared Bishop of Tours via popular vote. He reluctantly accepted, but still espoused a monastic life, living just outside the city where he could spend most of his day in prayer. Once again, others joined him, this time forming a monastery known as Marmoutier which, unfortunately does not survive intact in the present day, though some ruins have been excavated and can be visited by modern pilgrims.

Martin served faithfully as Bishop of Tours, sometimes leaving the monastery to travel and preach and heal. He spoke the faith with zeal and attempted to evangelize everyone he met. He was much loved and followed during his life and after his death around 397, he became sainted through popular acclaim of his holiness.

Saint Martin of Tours was the first non-martyr to be canonized a saint. Therefore, he is known as a “confessor,” the term for a non-martyr saint because their lives confessed the depth of their faith.

Modern celebrations of this saint occur throughout the world and often involve processions of fire and light. Children in Germany and other European countries will make or decorate lanterns and process through the streets on the night of November 11 singing songs about light while following a man dressed as St. Martin. Tradition hold that the children represent all those who have learned from and follow the holy example of St. Martin and the lanterns bring light to the darkness of night as the good deeds of those who live charitably bring hope to the darkness of the world.

Many of the cities and towns of St. Martin’s life are located in what is now France. His relics can be venerated in the new basilica in Tours and his monastic influence can be seen in the ongoing presence of the monastery at Ligugé Abbey. Tekton sends many pilgrims on pilgrimages to France, where one can learn about St. Martin of Tours and numerous other beloved Saints.