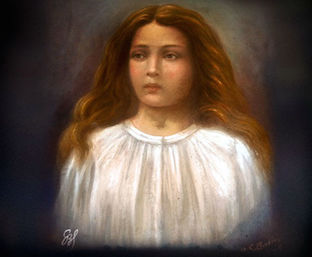 In the eyes of the world, Maria Goretti was unremarkable. Young, poor, and uneducated, she could not even read or write. Yet, her heroic purity and forgiving spirit have made her great in the eyes of God and the Church.

Maria was born on the eastern side of Italy, but her family moved to a home near the small seaside village of Nettuno when she was six years old. When her father died from malaria, Maria cared for her younger sister and handled the housework so that her mother and older siblings could work in the fields. Her family had very little, but they were close knit and deeply religious.

One afternoon, in July 1902, twelve-year-old Maria sat quietly mending a shirt on the front steps of her home. The neighbor boy, Alessandro, who also worked on the family’s farm, surprised her, pulled her into the house, and attempted to rape her. Maria protested, telling the young man that this was a mortal sin and he would go to hell. She cried, “No! It is a sin! God does not want it!” Enraged, the eighteen-year-old began to choke Maria, but she insisted that she would rather die than submit to him. Alessandro pulled out a knife and stabbed the defenseless girl repeatedly before running away. 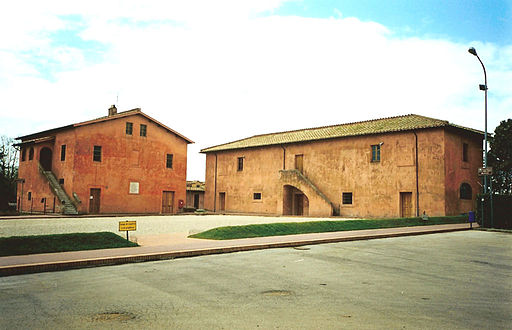 Maria’s family returned home to find the young girl bleeding on the floor. They took her to the hospital in nearby Nettuno, but the surgeon was unable to repair the damage that had been done. Remarkably, as she lay dying, Maria forgave her attacker, saying that she wanted to see him in Heaven one day.

Alessandro was apprehended shortly after the attack, and sentenced to 30 years in prison. During his incarceration, he saw Maria in a dream. She gave him a bouquet of lilies, but the lilies burnt his hands. He awoke a changed man, repenting of his crime and committing to living a reformed life. Upon his release from prison, he went immediately to Maria’s mother seeking her pardon, which she granted, saying, “If my daughter can forgive him, who am I to withhold forgiveness?” Alessandro became a lay Franciscan and lived the rest of his life in a monastery. 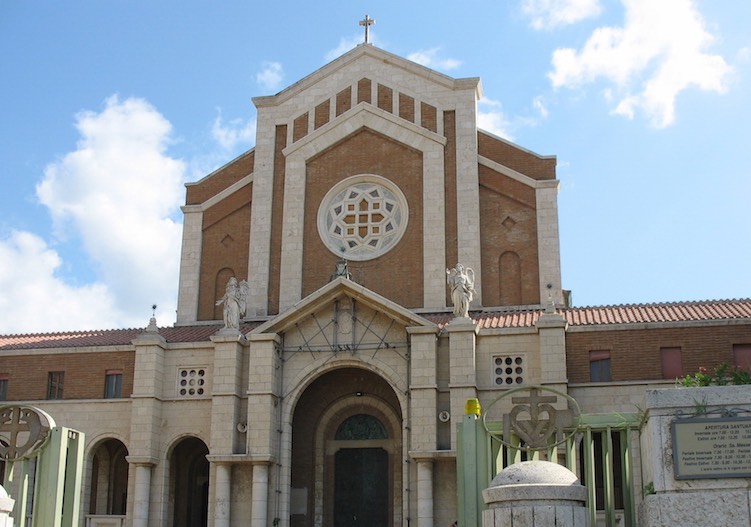 St. Maria Goretti was canonized as a martyr, and Catholics young and old can learn a great deal from her response in the face of her attacker: “God does not want it.” The lesson does not end there, however. With her quick willingness to forgive her attacker and her desire even to see him in Heaven, St. Maria Goretti reminds us that what God does want is mercy and love.

Tekton Ministries offers pilgrimages to Italy which include visits to the home and shrine of this young saint. For more information about our Italian pilgrimages, click here.