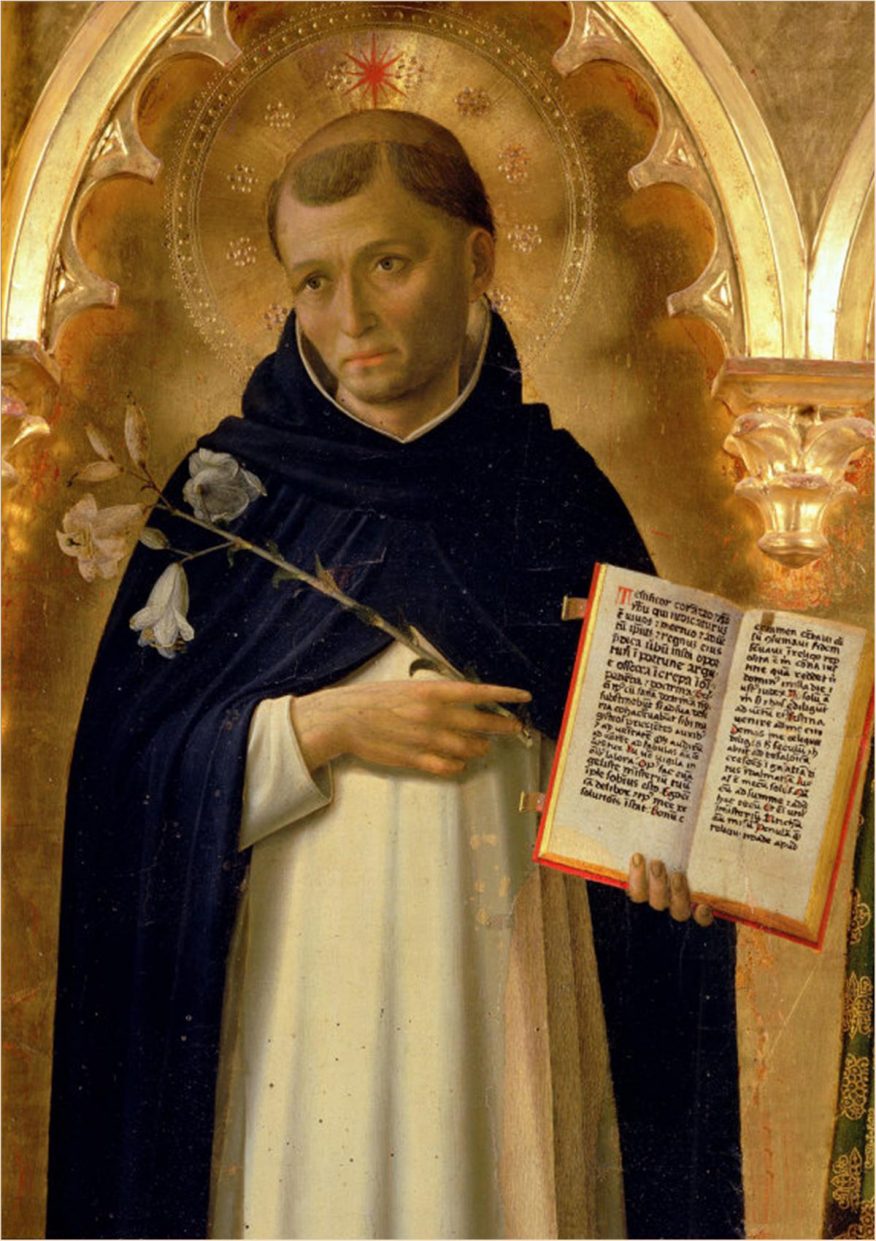 While some dispute the historical account of the presentation of the Rosary by Our Lady to St. Dominic, many theologians and Popes have upheld this understanding. History reveals that St. Dominic was the first to preach and teach the Rosary as a form of meditative prayer, and the first to see the benefits reaped from meditation upon its mysteries.

In the 11th through 13th centuries, a heretical doctrine developed in Europe. This teaching, called Albigensianism, taught that only the spiritual is good, and that everything material is bad. Therefore, the body in and of itself is evil, and every person’s soul is imprisoned in that evil body. The only way in which a person could experience salvation was to be freed from the imprisonment of their flesh.

Dominic Guzman, a Spanish priest, traveled into France preaching against the Albigensian heresy, but his efforts gained few conversions and even fewer followers. In 1208, he went into a forest near Toulouse, France to pray, asking God to provide what he needed in order to overcome the Albigensian heresy. Ancient accounts tell us that, after three days of prayer and fasting, three angels appeared in the sky along with a ball of fire. When they disappeared, the Virgin Mary spoke, telling the priest that he must preach her Psalter in order to succeed in his struggle to overcome the Albigensians. 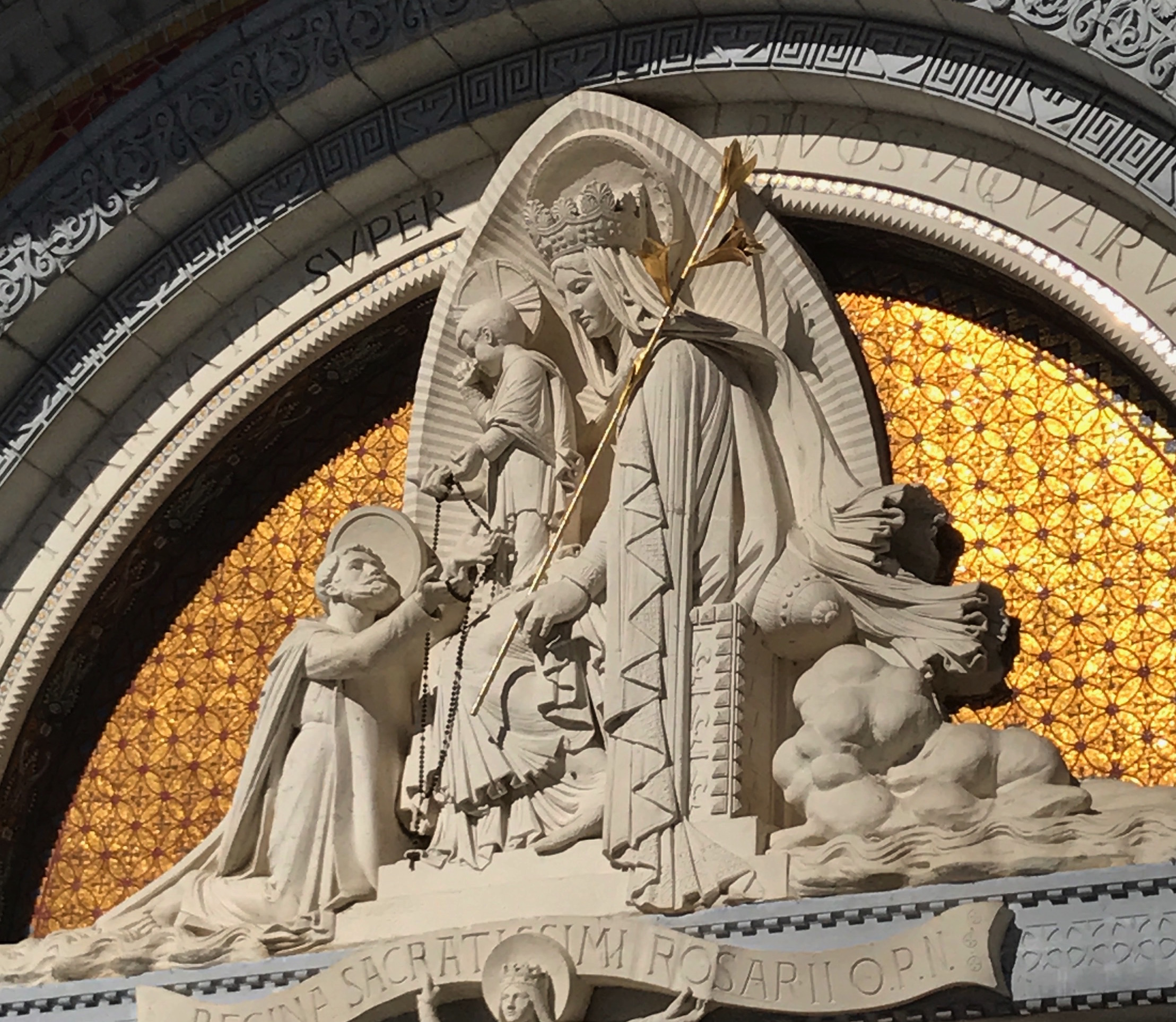 The Marian Psalter was a prayer developed by the Cistercians, which involved praying 150 Hail Mary’s divided into groups of 10 by Our Fathers. Prayer beads were used to keep track of the Hail Mary’s. It was not a meditative prayer, though, nor one that would have been “preached.” Mary revealed to St. Dominic which mysteries should be preached to correspond to the Psalter prayers: stories of Christ’s life which directly contradicted the heresy of the Albigensians by focusing on the incarnation, death, and triumphant resurrection of Jesus Christ.

As Fr. Reginald Garrigou-LaGrange, great Dominican theologian of the 20th century said, “What the word of the preacher was unable to do, the sweet prayer of the Hail Mary did for hearts.” Ultimately, that “sweet prayer” would come to be called the Rosary – a “wreath of roses” that would lead to countless conversions and miracles, not the least of which was overcoming the Albigensian heresy.

Pope Leo XIII said, “Thanks to this new method of prayer… piety, faith, and union began to return [to France]; and the project and devices of the heretics to fall to pieces.”

In 1213, only five years after St. Dominic was given the Rosary, Catholic forces under the joint command of Count Simon de Montfort and St. Dominic were set to fight the Albigensians in Muret, a small town near Toulouse, France. The Albigensians were determined to take over France, further spreading their heretical beliefs. Catholics, of course, were determined to fight for Christ. Unfortunately, reinforcements had failed to arrive for the Catholic forces, and the numbers were bleak. The Catholics had only 1500 men, while their foe had 30,000. 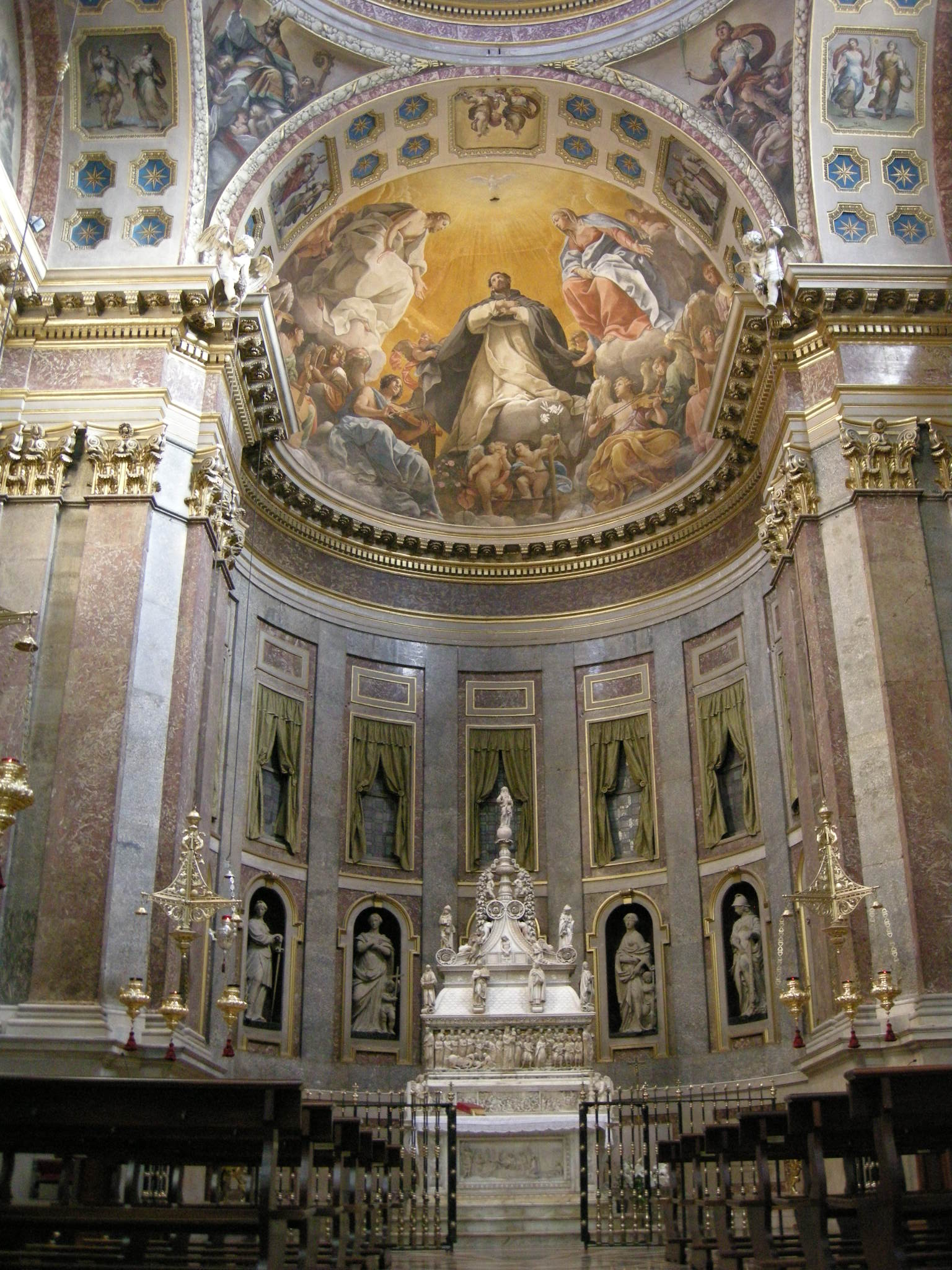 Confident of their upcoming success, the Albigensians spent the night before the battle celebrating in drunkenness and debauchery. The Catholics, on the other hand, spent their night praying the Rosary; their celebration was focused on that of the Mass and the Sacrament of Reconciliation. Finally, St. Dominic went to the Church of Saint-Jacques in Muret to pray the Rosary for victory, while the Count went into battle. The Catholics were able to rush upon the hung-over Albigensians, routing the enemy army and declaring a victory for Christ and Our Lady. After the battle, every Catholic in the area attributed the victory to the Rosary.

While the Albigensian sect continued to exist, its territorial expansion ceased and it never again reached the massive numbers it enjoyed prior to the battle of Muret.

As we continue to fight against heretics of one sort or another in our current day and age, St. Dominic remains a hero to be remembered. Even more so the Rosary, a gift given by Our Lady all those years ago, remains a vital tool to winning the battle of good versus evil, and Truth versus falsehood.

For more information on this topic, we recommend Fr. Donald H. Calloway’s book, The Champions of the Rosary.