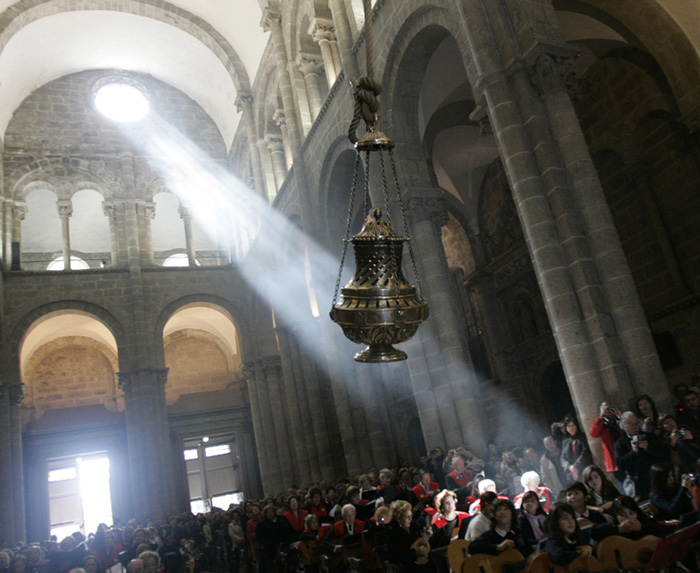 Watch the largest liturgical censer in the world fly at almost 44 mph!

(Aleteia) At the Cathedral of Santiago de Compostela in Spain, there is a very special liturgical censer—the largest in the world, in fact. It’s almost five feet tall and weighs 117 lbs. It is raised to over 65 feet high in the air by ropes in order to dispense incense throughout the cathedral and can reach the amazing speed of almost 44 miles per hour!

This huge censer is known by the nickname of “Botafumeiro,” which, in the Galician language, means something like “sprinkler of smoke.” The original was built in 1554 and stolen by French troops in 1809. The current one was manufactured in 1851. The Botafumeiro has been used in all Sunday Masses, but is now restricted to just twelve solemn dates per year. This video shows the world’s largest censer in action.