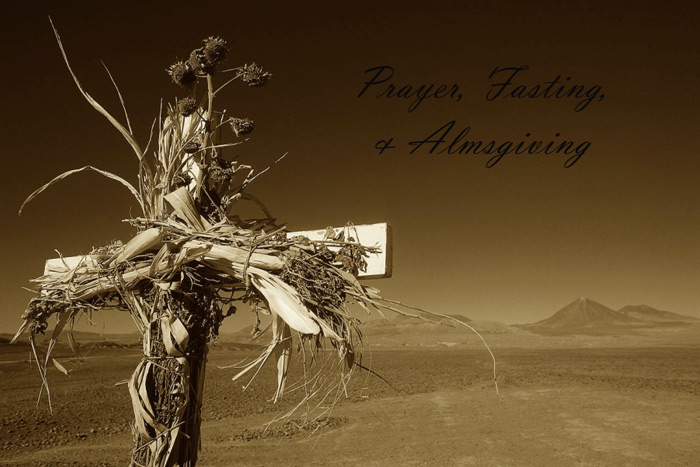 The Priest’s Own Lent: Prayer, fasting, almsgiving for the good of the faithful

(The Priest, OSV)  The most significant annual opportunities for spiritual attention and renewal for Christians naturally correspond to the busiest and most hectic times of year for the Church’s ministers, who labor to provide the faithful with the spiritual resources they need to respond more fully to God’s call to holiness and conversion.

Lent is the liturgical season par excellence for the acknowledgment and eradication of sins, for the deepening of a spirit of prayer, and for growth in the habit of charity. To that end, in this season the Church recommends to the faithful timeless practices of prayer, fasting, and almsgiving.

Solicitous priests offer their people many opportunities for these three fundamental ascetical practices throughout the season of Lent. Hearing daily sacramental confessions, regular exposition of the Blessed Sacrament for public adoration, and organizing special charitable initiatives are just a few of many additional activities that priests take on for the sake of the sanctification of their faithful during this season.

But priests are also members of the Body of Christ, weak men prone to sin, themselves in need of an annual opportunity for spiritual recollection and growth. Priests need a Lent as well, and we must make sure to tend to our own spiritual needs as we care for the flock entrusted to our care.

The priest is a man naturally associated with prayer, since he presides over the public prayer of the Church and offers the sacrifice which unites heaven and earth in the perfect prayer of the Mass. Furthermore, the daily priestly life receives its very structure from prayer, through the fundamental priestly obligation of reciting the Breviary.

In addition to the indispensable practice of praying the Office, every spiritual writer on the priesthood emphasizes the necessity for priests to be men of private prayer as well, with a robust practice of mental prayer and meditation upon Sacred Scripture.

Far too often, however, even pious and attentive priests fall victim to the insidious temptation of activism, allowing their most important appointment of the day, the appointment with Almighty God, to be lost amid the many demands on their time. Soon the habit of daily mental prayer is neglected, a subtle form of sloth sets in, and the taste for intimacy with God is lost.

A Time to Renew 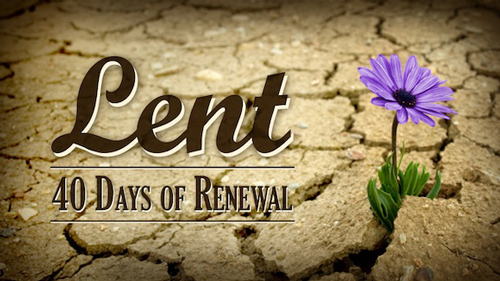 Lent is a time for priests to renew their dedication to a consistent life of prayer. Canon 276 beautifully and succinctly rehearses the cleric’s obligation to the pursuit of holiness and the means at his disposal to engage in this pursuit.

There are several ways a priest can use the season of Lent as an opportunity to refocus his spiritual life. First, he should renew his intention to read the Breviary faithfully, enrich his office by rereading the instructions and rubrics of the liturgy, and make occasions to pray the hours in common with other clergy, seminarians, or lay faithful.

Next, Canon 276 and the rich tradition of the Church highly recommend daily celebration of Mass for all priests. Since the Eucharist is at the heart of the priest’s identity, this “earnest invitation” on the part of the Church must be regarded with the utmost importance in the priest’s own spiritual life and the efficacy of his ministry. During Lent, the priest should consider how deeply Eucharistic his heart has become and, if he is not already doing so, find ways to celebrate Mass on a daily basis without fail, especially on his day off. 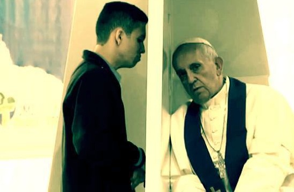 The law also encourages the priest to make a good sacramental confession regularly. During Lent he should certainly do so, having made a particularly thorough examination of conscience; if he has fallen out of this habit, he should also establish a pattern of weekly or bi-weekly confession with a holy and doctrinally sound priest.

Similarly, spiritual direction is also a necessary spiritual safeguard for priests, preventing their relying too heavily on their own judgment and establishing accountability in the spiritual life and in the work of the ministry. Lent is an opportune time to ensure that spiritual direction has the place it should in the priest’s regular spiritual discipline.

The law of the Church also recommends a robust Marian devotion for clergy. The Holy Rosary is a powerful tool in the hands of a priest, for his own sanctification and the sanctification of others, and during Lent he should renew his intention to practice this important universal devotion regularly. Also, during this season, the priest can reflect on whether he is faithful to daily meditation and establish regularly scheduled times for this critically important moment in his day. 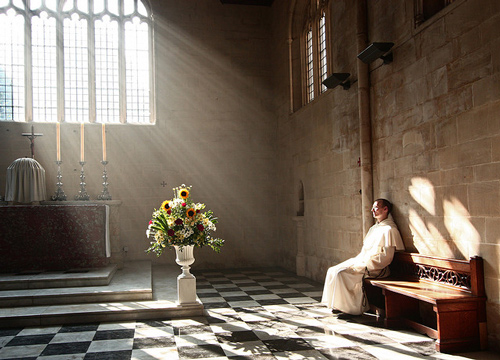 Finally, Lent is a good time for the priest to consider whether he has been sufficiently faithful to his obligation to make a spiritual retreat. He might consider this year’s Lent as a good time to reserve space in his calendar for the following year’s retreat. In theory, Lent is the optimal season for a retreat, but most priests will be unable to separate themselves from their people amid the many obligations that Lent brings; an excellent time for a priest’s retreat, therefore, might be in the full week preceding the beginning of Lent.

Hearkening back to the days when Lent was prepared for in the Septuagesima season, the priest might take a few days away for his own spiritual nourishment in these days immediately leading up to Ash Wednesday. The spiritual retreat is a necessary time of refreshment and spiritual growth for the priest, as well as a mighty engine throughout the year for pastoral efficacy. The priest should consider it a pastoral obligation taken on not just for himself, but for his people who need and deserve a spiritually healthy and invigorated shepherd.

Fasting, a critically important spiritual practice for all Christians, is no less so for priests. Our own culture, which idolizes comfort and self-gratification, is particularly in need of the discipline and spiritual potency that fasting brings. Sometimes priests neglect fasting under the pretense that they have already made sufficient sacrifices for the kingdom of God. This attitude can lead to a grossly self-indulgent, bachelor-like lifestyle, which is always a dangerous temptation for priests in our affluent society.

Fasting is a great remedy and inoculation against this form of dissipation. Needless to say, the priest should abstain from meat on Fridays of Lent as the Church requires, and should consider as well whether he has set a good example for his faithful by observing the requirement to perform a suitable penance on Fridays during the rest of the year. He should also take on other hidden mortifications beyond what is strictly required by the Church and should offer them up to God for his own sins and for the needs of his people.

The priest should be a model and guide to his people of spiritual discipline and self-control. While enjoying legitimate recreations and comforts in proper proportion, he should be seen to be a man of self-mastery, and should train himself through fasting to derive his joy principally from his relationship with Christ rather than through indulgence in material things. 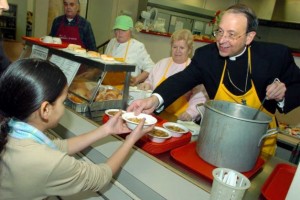 Almsgiving is a practice from which priests can also regard themselves wrongly as being exempt because of their already significant contributions of time and other prerogatives for the service of the Church. Far too often then, a priest can fall into subtle patterns of thinking, in which he views his ministry more as a professional occupation than a life-encompassing vocation. He regards his possessions and his accumulation of wealth with too much esteem and begins to seek his comfort in the things of the world rather than the things of heaven.

Almsgiving fights these tendencies by fostering and strengthening an attitude of generosity. As with prayer and fasting, the priest should set a good example in the area of almsgiving, tithing to the parish if he can and, while remaining financially responsible, giving away as much of his remaining discretionary income as possible to other good, morally praiseworthy charities.

Almsgiving goes far beyond money, however, and the priest should use the Lenten season to consider whether he goes about his ministry and his life in general with an underlying spirit of generosity. Subtle acts of generosity, like a smile or a kind word in passing or a moment of friendly conversation, can mean a great deal to those around him and help to form a habitual tendency to kindness and generosity.

A creative way for a priest to be generous to those around him is to wear his clerical attire even when he is not performing an active work of the apostolate. People have a constant need to be reminded that God exists, that He matters, that He is worth giving one’s life to, and that His love is constantly at work in the world.

The simple witness of a priest in his clerical attire can plant incredible seeds of faith, hope and love in the hearts of the people he might encounter, and it is a subtle but powerful act of charity for priests to offer this simple witness. Apart from legitimate and reasonable exceptions such as the gym, the priest might resolve to be seen in public only in his clerical attire during the whole of Lent, as an act of love and witness to the world.

The Church calls all of the faithful to a spirit of prayer, fasting and almsgiving during the season of Lent. She calls her priests to this spirit as well, both to deepen it in their own hearts, and to witness to it for the good of all the faithful. May priests drowned in a sea of activity never allow the holy season of Lent to pass them by. May we all make the time we so desperately need, both to pursue our own growth in holiness more purely, and to minister more effectively to the people entrusted to our care.

FATHER HAMMOND, a priest of the Diocese of Nashville, is associate pastor of Christ the King Parish, Nashville, Tennessee, with part-time duties at the diocesan tribunal.