Our Lady Wants YOU to Build a Church

The story of Our Lady of Guadalupe is a story about conversion. Our Lady wants nothing more than to bring souls to Jesus and therefore to His Body the Catholic Church.

Our Lady appeared in 1531 to a humble Juan Diego. Remember, around that same time, many things were happening in the history of the whole world.  Martin Luther, a Catholic monk, decided to leave the church and started his own church.  Another Catholic named King Henry VIII of England also left the Catholic Church. He wanted a divorce, but the pope refused him.  In response, Henry made his own church with him as its head, instead of the pope.  In Mexico, Spain had conquered the Aztec peoples, and many people were lost and worried.  The Aztecs believed that they were required to make human sacrifices to appease their gods. Some of them had already converted to Catholicism to get away from that pagan religion with the help of Franciscan friars.  But what the native population found with Our Lady of Guadalupe was the image of their mother, who said, “Do not be afraid. Am I not your mother?” And they knew it was their mother.

The story of Mary’s presence spread fast, and it produced the biggest, unprecedented conversions in the history of the Catholic Church. In seven years, more than nine million people were converted. Can you imagine how many souls have been saved because of Our Lady of Guadalupe?  Without her, many of our ancestors would most likely not have come into Jesus and His Body the Church. All these conversions are because Mary came to one man, St. Juan Diego, and he built a church. For years it housed the sacred image Our Lady left on St Juan Diego’s tilma, before it was moved to the current Basilica of Guadalupe.

Today, in the Catholic Church, Our Lady still comes to you and to me, and she says: “Build me a church.” But not in the places you might think. She asks:

Our Lady of Guadalupe is the story of conversions. She has converted millions of people. Now she wants to convert you and me. We all need conversion. Here are some simple ways we can all convert every day:

Our Lady of Guadalupe is a bridge between cultures. It is her love that unites us. Aztecs, Indians, Spanish, Anglo, and everyone. But she is also a bridge between Heaven and Earth. Her mission is the same now as it was five hundred years ago: Conversion! She wants our conversions.  She wants nothing more than to bring us closer to Jesus and his body the Catholic Church. Long live the Virgin of Guadalupe!

The Very Reverend Michael Keucher is pastor of St. Joseph’s Catholic Church in Shelbyville, Ind., the sacramental minister of St. Vincent de Paul Catholic Church in Shelby County, and dean of the Batesville deanery in the Archdiocese of Indianapolis. He is the author of a popular Catholic blog, Unending Mercy. He is a past Tekton pilgrim and will be traveling with Tekton to the Holy Land in February 2021. 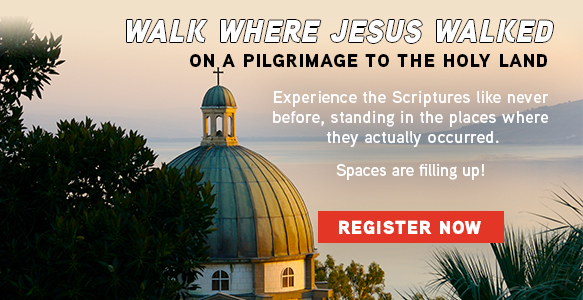