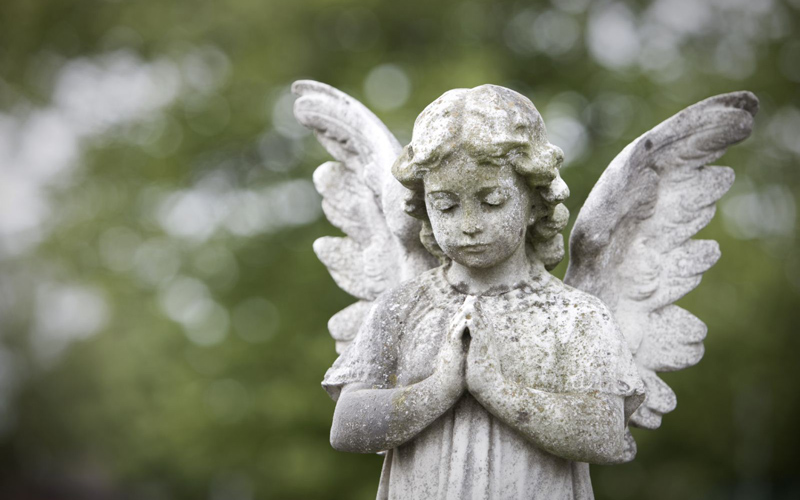 (By Trish Stukbauer) As Catholics, we are blessed to share a rich and vibrant prayer heritage that has accumulated over literally thousands of years. Over time, many of these prayers have been sadly neglected or just not taught – and as a result, not said – as often as they once were.

One of these is a prayer that at first glance doesn’t seem to fit into this category at all. In fact, almost every Catholic learns this prayer as a young child – often as one of their very first prayers. However, it’s also one that most of us stop saying as we get older and often don’t revisit until we have children or grandchildren of our own. Yet this simple prayer serves as a powerful reminder of the depth of God’s love for us as well as the daily assistance he provides. What is it? The Guardian Angel prayer.

Origin of the Prayer

Our English translation of the Guardian Angel prayer or “Angel of God,” comes from the Latin Angele Dei prayer. The prayer historically was attributed to St. Anselm, a Benedictine monk, philosopher and scholar from Italy who lived from 1033-1109. It was credited to him because the first printed version of the prayer originally appeared in medieval collections of his works. However, modern scholars believe it actually was added to his works after his death and originally was written by Reginald of Canterbury, who died sometime after 1109. Reginald wrote a piece called the Life of St. Malchus, which chronicled the life of the famous monk who died in 390. The first verse of Reginald’s poem (Angele, qui meus es custos pietate superna, me tibi commissum serva, tueare, guberna) could easily have been the inspiration for the similar Angele Dei (Angele Dei , qui custos es mei, Me tibi commissum pietate superna; illumina, custodi, rege, et guberna).

Today’s popular American version of the prayer (which appears below) has been modernized slightly from the translation that appeared in the 1888 Baltimore Manual of Prayers:

Angel of God, my guardian dear, to whom God’s love commits me here. Ever this (day or night), be at my side, to light and guard, to rule and guide.

This prayer packs a profound spiritual truth into its few, simple words. Implicit in the prayer is the concept that God loves us so much and so wants us to be holy that He entrusts each of us to an angelic guardian who is to serve as our light and guide.

This concept of Guardian Angles is rooted in Jesus’ own words in the Bible. There’s the oft-cited passage in Matthew (Matt 18:10) in which Jesus refers to the Guardian Angels of children: “their angels in heaven always see the face of my Father who is in heaven”.

The entire Book of Tobit is a powerful testimony of angelic support and guidance, while Psalms (91:10-12) reaffirm their role and their acts on our behalf are chronicled in both New and Old Testaments. A handy link to Biblical Concordance can be found at Catholic Online.

Of course, our Catechism reaffirms the role and impact of angels: “From its beginning until death, human life is surrounded by their watchful care and intercession. Beside each believer stands an angel as protector and shepherd leading him to life. Already here on earth the Christian life shares by faith in the blessed company of angels and men united in God [CCC 336].” The church celebrates the feast of the Guardian Angels annually on October 2.

It goes without saying that angels are created beings, one of the roles of which is to help guide us toward God. As such, our focus should always be directed first and foremost toward God, yet it should be a wonderful source of comfort in our adult lives to know that we have the support and assistance of these powerful intercessors as we face our daily struggles.