In 2013, I took a pilgrimage along the Camino de Santiago in Spain and to the shrine of Our Lady of Fatima, Portugal, with a local church group of close to 50.  We celebrated Mass together each day and were accompanied in our worship by one pilgrim who had brought along his guitar.  A song we seemed to sing at every Mass was “The Servant Song,” and to this day, when I hear it, I think of my pilgrimage and those I traveled with.

Especially when we sing the second verse:

We are pilgrims on a journey.
We are travelers on the road.
We are here to help each other
Walk the mile and bear the load.

Along the Camino, we were literally walking miles every day and there were plenty of times we physically helped each other – carrying water, snacks, someone else’s backpack for a while. But even more importantly, we were together on a spiritual journey and we helped each other along through words of encouragement, prayers, and genuine companionship.

This week we celebrate the feast of St. Paul Miki and Companions on February 6. It is but one example of our heavenly brothers and sisters also experiencing the support of other faithful. The Jesuit brother, Paul Miki, was born in Japan in the 16th century and was known for his eloquent preaching.  Unfortunately, Christianity was not supported in Japan at that time and, in 1597, he was martyred. On a hill in Nagasaki, St. Paul Miki and 25 others were crucified for their faith. This was part of a decades-long persecution against the perceived threat of Catholicism that eventually led to it being outlawed in the early 1600s.  Foreign missionaries were expelled, and public expression of the faith was met with execution.

But the martyrdom of St. Paul Miki and his companions (in addition to other Japanese martyrs throughout the centuries) was not in vain.  When European missionaries were finally able to return to Japan, they found the faith of the believers had continued for nearly 250 years. For numerous generations, the faith had been passed through the celebration of baptism and word of mouth – living out the liturgical season as best they could without the other sacraments or any priests.

Throughout the liturgical year, we celebrate numerous feast days recognizing the (often unnamed) saintly companions of named saints, including:

These feast days remind us that we do not have to be alone on our journey of faith and that saintly companions can help draw us closer to our Lord – so much so that we are willing to give our whole lives for Him.

As I experienced years ago, the support of others is much needed on the journey of life – but not just while on pilgrimage.  Throughout our lives – on our whole journey of faith – we can be supported, encouraged, and loved by others as we travel this earthly life towards our eternal home.  With the help of the saints, may we all encounter the Lord through holy friendships and genuine companionship.

St. Paul Miki and Companions, pray for us! 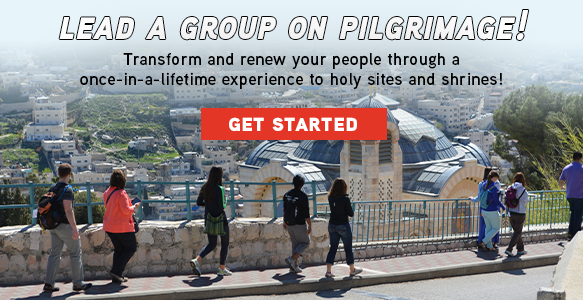