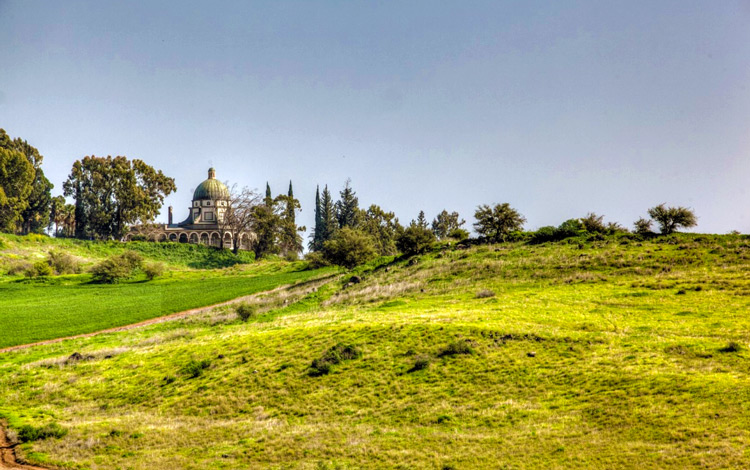 3 Hard Beatitudes from the Holy Land: Poor in spirit, meek, clean of heart

It’s a truism among priests, and people who preach regularly, that after you’ve made a pilgrimage to the Holy Land, as several of us did a few weeks ago, every single homily and sermon has to begin with the words, “When I was in the Holy Land…”

And then the priest tells a long story about your time there, and, the congregation hopes desperately and sometimes fruitlessly, he relates it to the Gospels. So, for example, I could say that this Gospel passage reminds me that just a few weeks ago, I celebrated Mass with 50 other pilgrims on the Mount of Beatitudes, the sloping hillside by the shore of the Sea of Galilee, where, at least by tradition, Jesus said these very words. But I won’t say that today. I won’t talk about when I was in the Holy Land. As Father John Donohue, SJ, one of our esteemed associate editors always said, “We shall pass over that in silence.”

Instead I’d like to focus on three specific parts of the Beatitudes, and I’ll draw from Luke’s version, too, which may be hard for hard-driving people to hear. A lot of us are doers, makers, go-getters. And so these three phrases might be tough ones for us. 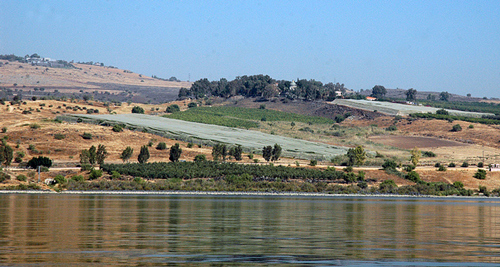 First: “poor in spirit.” You know, that’s a strange phrase, if you think about it. We’re so used to hearing it that we might simply skate over it when we come upon it in the Gospels. But it’s really odd. Poor in spirit? Why wouldn’t someone want to be rich in spirit? A few years ago at the Church of St. Ignatius Loyola in New York I was running a book club and I said, “What do you think ‘poor in spirit’ means?” And one woman said, “Not having faith?”

But, actually, the beginning of the spiritual life is poverty of spirit. Meaning, essentially: humility. Meaning an understanding of our reliance on God. Meaning knowing that much as you would like to be, or are tempted to think you are, or are told that you are, you’re not the center of the universe. And it’s actually freeing. Because when you realize you’re not the center of things you can let go of the need to do everything, to be everything. It frees you from arrogance. As my spiritual director likes to say, there is good news and better news: There is a Messiah and it’s not you.

And you know, even Jesus didn’t do it all. He didn’t heal everyone in Galilee and Judea, did he? So neither can we do it all. Poverty of spirit provides us with perspective.
Second, meek. “Meek” may be an even more uncomfortable word, conjuring up a doormat, a person devoid of self-confidence and lacking self-respect. When was the last time you heard someone say, “I really like that guy. He’s so meek”? Or when’s the last time anyone at work who said, “You know, we should really hire that person. He’s the meekest candidate who’s applied!”

What did Jesus mean? Well, the original Greek “praeis” is a complicated word with several possible meanings: self-control over one’s passions; an obedient or domesticated spirit, as in an animal; or gentle. To understand Jesus’s likely intent, it may help to look at the Hebrew that preceded the Greek. Remember, like all the evangelists, Matthew had to translate Jesus’s Aramaic or Hebrew into Greek. Jesus probably had in mind the word anawim.” The “anawim” were not simply the meek, but those who were so poor, or weak, that they knew they depended utterly on God. So it’s another underlining of reliance on God. 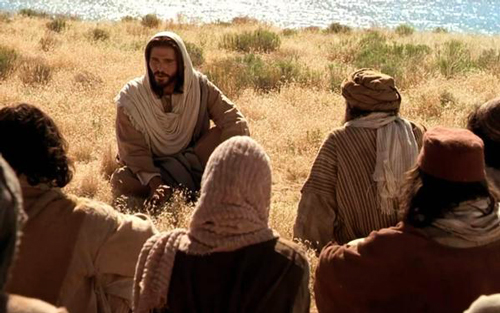 Finally, clean of heart. The English translation in this case is identical to the Greek: “katharoi tē cardia,” literally, the “clean of heart.” In Jesus’s time, the word had multiple meanings. Clean, like recently washed clothes. Clean, like grain that has had impurities removed. Or clean, like a substance that has never been adulterated—like wine that has not been mixed with water.

Mostly this term relates to pure motives, rather than to ritual or sexual purity. A person not acting out of excessive self-interest, and whose inner and outer life correspond, like the one in the psalms with “clean hands and pure hearts,” is the subject of his blessing. It’s a challenge to be “clean of heart,” because even in our most selfless moments we act from mixed motives. It’s a person who is not acting out of self-interest, who places his or her own needs second, who is, again, humble.

Now sometimes the Beatitudes sound like scolding—you know, why aren’t you like this?–but it’s not meant to. That’s not how it was meant to sound to the people of Jesus’s time. It was meant to be, like the rest of the Sermon on the Mount, from which it is drawn, an invitation, an invitation to joy. Because the original word for “Blessed” is “Makarios.” Which means “happy.”

How different the Beatitudes would sound if we used that word: Happy are the poor in spirit. Happy are the meek. Happy are the clean of heart. All of this, like all of Jesus’s preaching and healing, is an invitation to happiness. To joy.

So back in first-century Palestine on that hill I won’t mention, Jesus spoke these words. Now through this Gospel, Jesus speaks them again. He comes here to you. He comes now to you: in Manhattan. We know how the people of the time reacted. Some followed him. Some didn’t.

What about you? Are you ready to be happy?