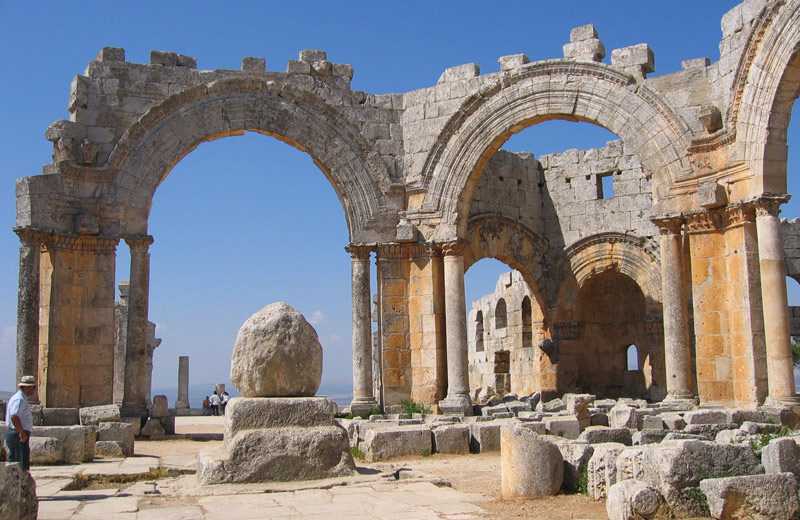 We certainly are not providing any pilgrimages to Syria these days, but we thought the story would be an interesting one. Enjoy.

(ZionsvilleCurrent, by Don Knebel) One of the world’s oldest churches honors a fifth-century ascetic whose record for endurance has remained unbroken. The church itself originated a design that is still emulated.

The person known as Simeon the Stylite was born to a Christian family near the southern border of Turkey in about 388 A.D. At age 13, he heard a sermon about the “Beatitudes” and decided to devote his life to sacrifice and contemplation. Simeon joined a monastery as a teenager, but was asked to leave because of his extreme asceticism, which included tying a rope around his body so tightly that the flesh rotted. 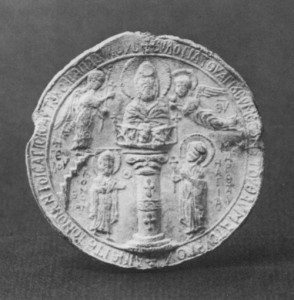 After departing the monastery, he went for 40 days during Lent without eating or drinking. On other occasions, he reportedly stood during the entire Lenten period. As Simeon’s reputation for self-denial spread, people flocked to him, seeking prayers and advice. To avoid the crowds, he fled to a remote mountain top near Aleppo, Syria. When admirers followed him, he got away from them vertically by living on a meter-square platform atop a nine-foot-high pillar (Greek stylos). As curious crowds gathered in larger numbers, Simeon extended the pillar until the platform, from which he never descended, was about 50-feet above the ground. He preached daily to the people below and occasionally wrote letters to his followers. Even emperors sought his counsel.

Simeon died in 459, having spent 37 years on his pillar. He was declared a saint and honored with the oldest surviving Byzantine church, enclosing about 53,000 square feet. Four basilicas, oriented in the cardinal directions, formed a cross and surrounded an octagonal court encompassing Simeon’s famous pillar.

Following the example of Simeon, other “stylites” began living on pillars. Alfred, Lord Tennyson memorialized Simeon the Stylite in an 1833 poem and the Guinness Book of World Records gives him the world’s record for pole sitting. The ruins of the Church of St. Simeon the Stylite, with only the base of his famous pillar surviving, are a UNESCO World Heritage site, which have so far survived the fighting in Syria.