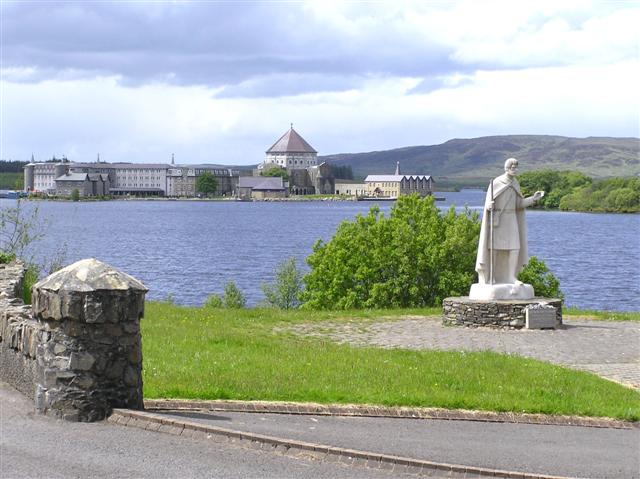 Are You Celebrating St. Patrick’s Day?

Saint Patrick’s Day is often associated with overindulgence and festive celebrations. With a cry of “Everyone’s Irish on St. Patrick’s Day!” people flood local pubs and drink Guinness and green beer, eat corned beef and cabbage, watch parades and dye rivers green. These customs are quite different from historical celebrations of this holy day and the antithesis of one of the oldest pilgrimage sites in Christendom associated with Saint Patrick – Lough Derg.

St. Patrick is celebrated as having brought the faith to the Irish people in the fifth century. Though many legends and traditions have been built up around his life, we do have his story in his own words – his “Confessio,” originally in Latin, that has been translated and saved throughout the years. In his autobiography, Patrick shares how he was taken prisoner, and made to live as a slave. He details his conversion to the Lord, his vocation story and his love for the Irish people that led to many more conversions in his adopted country.

Throughout the centuries since he shared his faith, the Irish people have faithfully and joyously honored St. Patrick, their patron saint. Due to the timing of his feast day often falling during Lent, some of the solemnity and fasting of this period was suspended and feasting gladly celebrated. However, many of the customs of this day are not traditionally Irish, but have been adapted and adopted by many around the world. 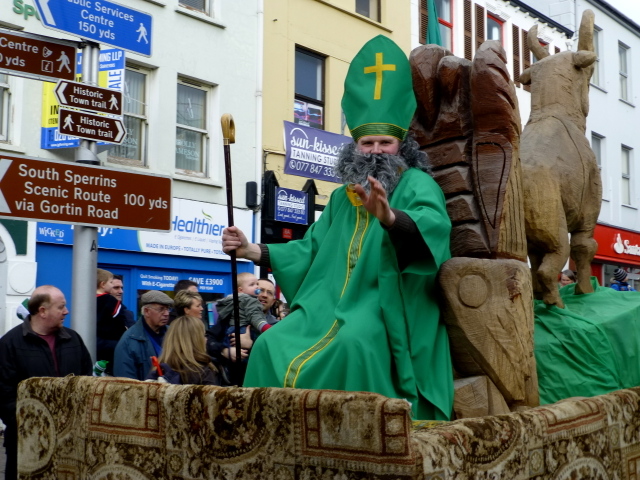 In Ireland, Saint Patrick’s day is still a holy day of obligation and Irish Catholics begin or end this day with the celebration of Mass. Family dinners are common, though not of corned beef, as that is also an American interpretation – one that was begun by poor Irish immigrants who couldn’t afford more elaborate cuts of meat. Parades are also typically associated with this day, but the first St. Patrick’s Day parade was put on by Irish immigrants to America in remembrance of their heritage. Similar parades and festivities in Dublin and throughout Ireland only became popular during the latter half of the 20th century.

Another tradition from the life of St. Patrick is that of a special pilgrimage to the site known as Laugh Derg, also known as St. Patrick’s Purgatory. Located on Station Island in the north of Ireland, this site has been welcoming pilgrims for over 1000 years and houses a cave where tradition hold that St. Patrick fasted, prayed, and had visions of Hell and Purgatory.

This site is believed by many to be the world’s toughest and most austere modern pilgrimage. Instead of imbibing in honor of the saint, pilgrims enter into his custom of fasting and prayer for one or three days. One-day pilgrimages allow pilgrims food and more comfort than the three-day pilgrimage which requires all pilgrims to remain barefoot, and fast for 72 hours – from midnight before the pilgrimage begins, to the midnight after one departs the island. There is also a 24-hour vigil of prayer and not sleeping that runs from 10pm on the first day through 10pm on the second day. Simple accommodations are provided for the second night. In addition, no outside food, drink, or electronics are permitted.

In today’s world, it is very tempting and easy to succumb to the pleasures of life and satisfying every need and want in this world. However, it is through not giving in to these temptations and actually denying our earthly needs for a time that we are called into greater communion with our Lord through the realization that we are more than just our bodies and we are made for more than just this earth. Short pilgrimages, such as the three days at Lough Derg, serve to remind us that our entire life is a pilgrimage through this world to the next, with our ultimate destination not an island in the middle of a lake or a great cathedral somewhere, but in Heaven face-to-face with our Lord and Savior.