Petition is one of many types of prayer, asking the Lord for guidance, graces, healing, and more.  In petitioning God the Father, we are only following the command of Jesus, as He shared with His disciples:

“And I tell you, ask and you will receive; seek and you will find; knock and the door will be opened to you. For everyone who asks, receives; and the one who seeks, finds; and to the one who knocks, the door will be opened. What father among you would hand his son a snake when he asks for a fish? Or hand him a scorpion when he asks for an egg? If you then, who are wicked, know how to give good gifts to your children, how much more will the Father in heaven give the Holy Spirit to those who ask him?”

We often look to the saints for examples of how to live out certain tenants of the faith.  St. Scholastica (Feast Day, February 10th) provides a unique example of the efficacy and power of prayer.

In the Office of Readings for the Liturgy of the Hours on St. Scholastica’s Feast Day, the story of her final visit with her brother, St. Benedict, is shared for everyone to ponder the wonder and personal love of God.

Saints Benedict and Scholastica were twins and as close as siblings could be, sharing especially a deep love for God. After Benedict established his monastery at Monte Cassino, Scholastica became the foundress of the Benedictine nuns and established a convent nearby, in Piumarola, Italy.

They were only able to see each other and visit one day out of each year, and on the day of Benedict’s final visit (for Scholastica died 3 days after his departure), she was enjoying his companionship and their faith-centered discussion so much, she said a prayer that he could stay longer. Generally, Benedict would have to leave in order to return to his monastery for the night as he could not spend nights away according to his rule. He insisted that he and his traveling companions had to go, so Scholastica silently implored the Lord for a reason for him to stay.

Just as she had prayed the final “Amen,” a terrible storm blew up with thunder and lighting and such a heavy downpour that no one could possibly travel in such weather.  Benedict could not leave that night, and the two siblings were able to remain engrossed in their spiritual conversations throughout the entirety of the night.

That morning, Benedict bade his farewell and traveled back to his monastery.  Just three days later, Scholastica passed away and Benedict was granted the grace of seeing her soul depart for heaven in the form of a dove.  As he had throughout her life, he gave praise and glory to God for the gift that she was to him and for the goodness of the Lord

The two saintly siblings remain united to this day not only in Heaven, but also bodily in a common grave near the site of their earthly homes. Learn more about visiting the sites from the lives of St. Benedict and St. Scholastica here. And whether your petition is for better weather or worse, you can be united in prayer with St. Scholastica and follow her example of asking the Lord for all good things. 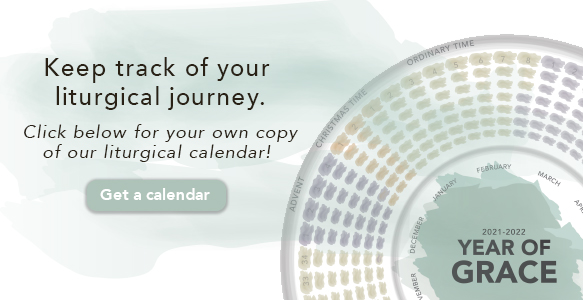