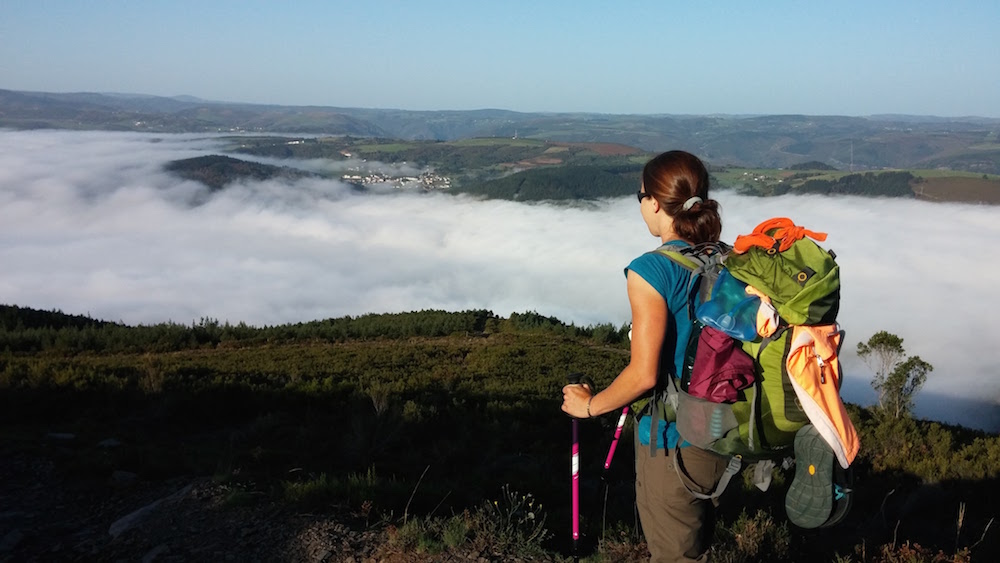 Camino Walk Leads Pilgrim To a Life of Service

“Every time I began to wonder whether I was on the right path, I’d turn a corner and there’d be an arrow showing me that I was going the right direction,” Andrea Joines says, as she reflects on her 2014 walk along the Camino de Santiago.

At the time, Andrea was 34 years old. After nannying for seven years, she'd just left her most recent position. Having walked a short version of "the Camino" the year before, Andrea checked her bank account and realized that she had just enough funds available to do it again. This time, with no job to hurry home to, she had time to do the full 505-mile Camino, starting in Hendaye, France and walking to Santiago, Spain. She would use the time of prayer and reflection to discern what God wanted her to do next. Specifically, Andrea prayed to find a purpose for her life. 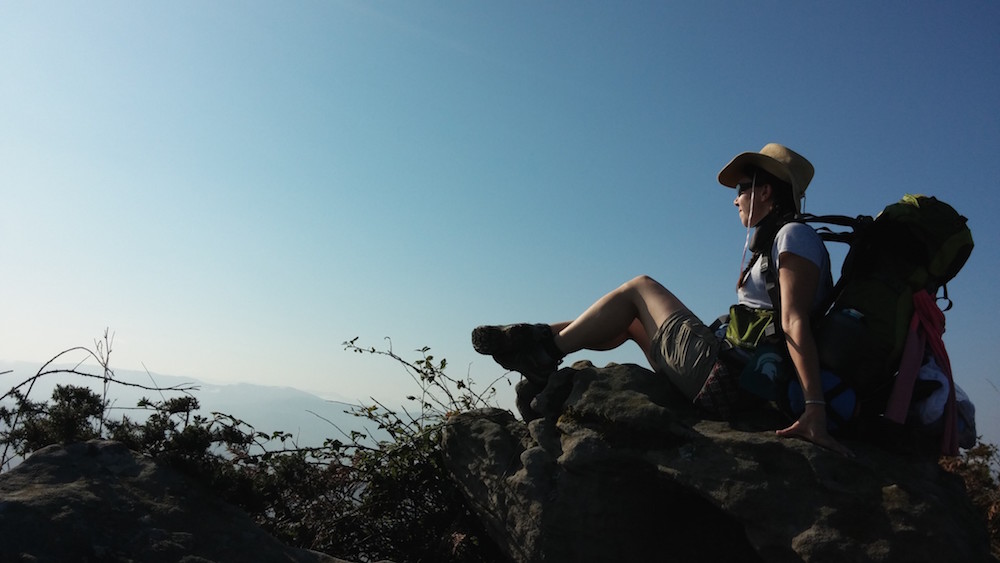 “The Camino is all about learning to trust," Andrea said when we interviewed her recently. "You’re not constantly connected to technology, and don’t really know what’s ahead. I came home in the spirit of the Camino and was just waiting to see what was next – what yellow arrow I needed to follow.”

That "yellow arrow" would come exactly one week after she returned home, when she attended a talk by Christopher West on the Theology of the Body. She ran into the director of The O'Connor House, a facility in Carmel, Indiana - a suburb of Indianapolis - that provides housing, education, and a fresh start for mothers in crisis pregnancies.

"I had worked part-time at The O'Connor House in the past, but had to step away due to the demands of my full-time job," Andrea said. On this occasion, the house had an immediate need. Andrea started the next day.

Three years later, Andrea is a house manager - one of several team members who ensure that the house is staffed 24/7. She is also the volunteer coordinator and social media coordinator.

When asked what she enjoys most about working at The O'Connor House, Andrea struggled to find an answer. 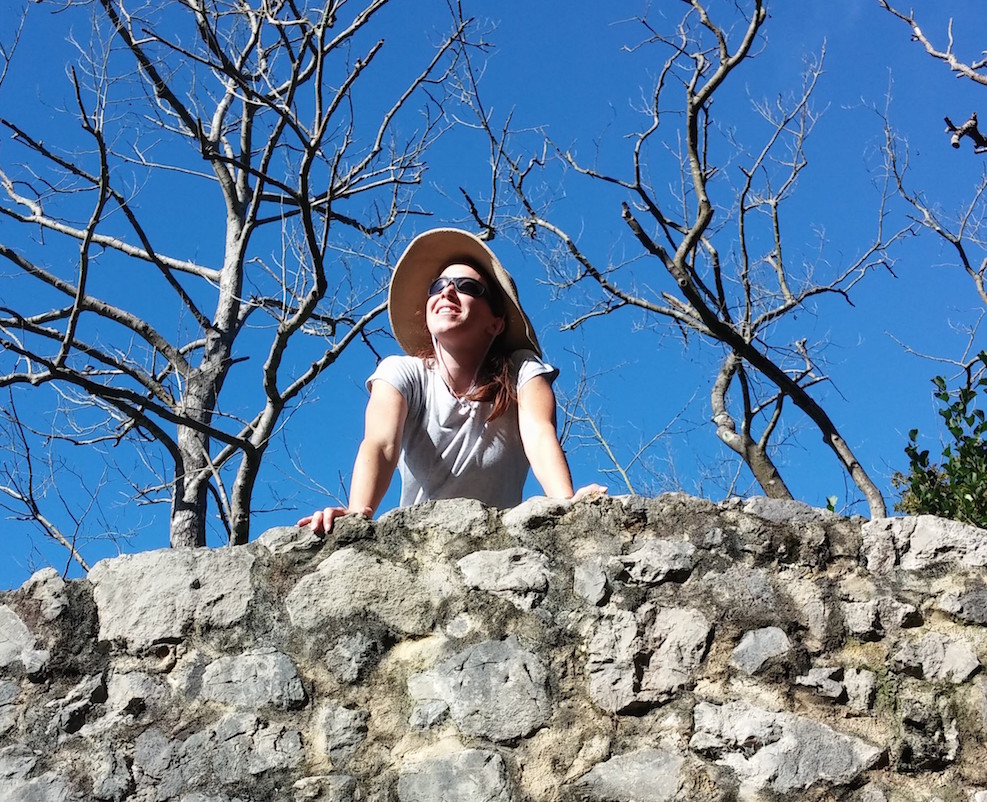 "Watching the women grow," she said. "They grow in confidence in themselves as they reach their goals... And being around the babies... And celebrating the little things – graduating highschool, which for most of us is a given, but for many of these women, they’re the first in their families. They're able to get jobs that pay more than they’ve ever made before."

"And women seeing their prayers answered," Andrea added. "We’ve had moms get baptized, they did a Theology of the Body Bible study. Moms realized that it was possible to start over, that even though they’ve made mistakes God still loves them." 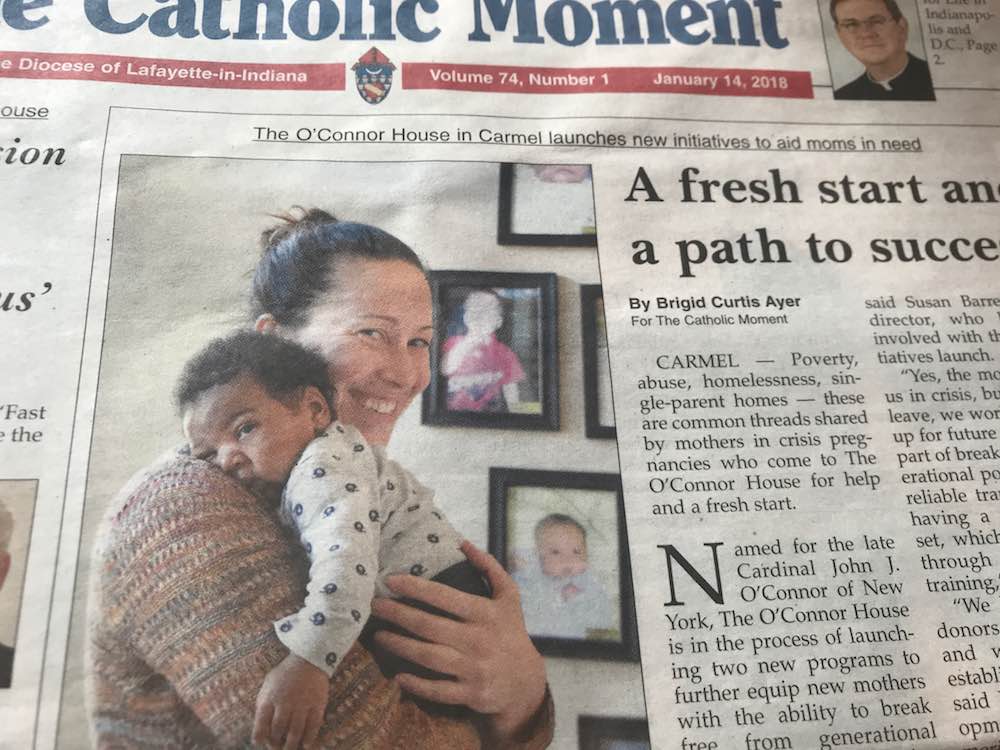 On January 14, 2018, Andrea was featured, holding a baby, in a photo on the front page of The Catholic Moment, the newspaper for the Diocese of Lafayette-in-Indiana.  The related article spoke of "A fresh start and a path to success" for mothers at The O'Connor House. "My fresh start began with that first step on the Camino three years ago," Andrea said. "It's a blessing to be a part of the lives of these women and their children." 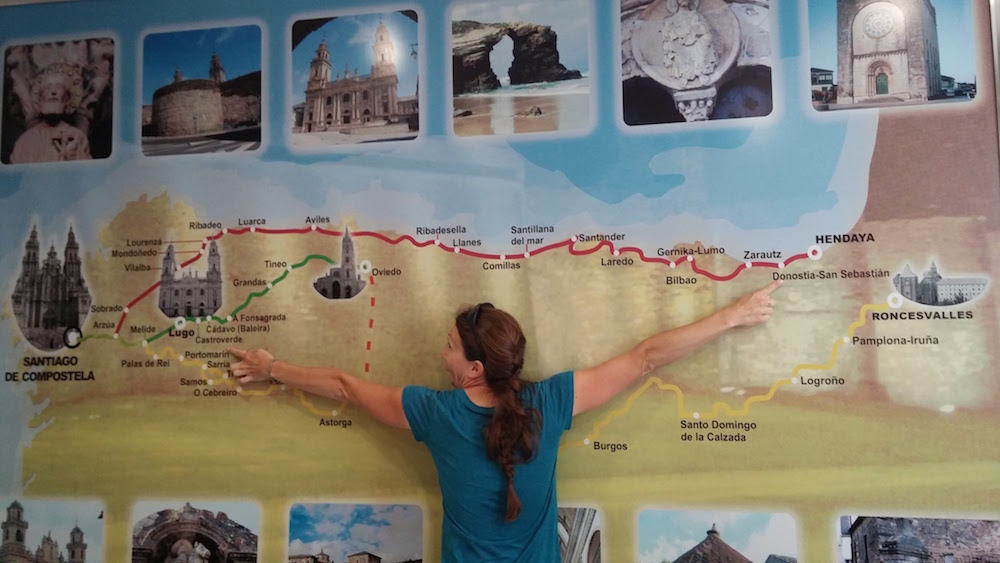 Although Andrea's 40-day, 505-mile-long walk along the Camino was not a Tekton pilgrimage (we offer shorter Camino trips that are much easier for your average pilgrim to accomplish!), her path did eventually lead her to Tekton Ministries, where she started working part-time in the spring 2016.

"God led me to both places," Andrea shared. "I get to use different gifts and talents at each one. At Tekton, I get to watch people experience things that they wouldn't experience elsewhere, just like moms at the O’Connor house. I love it when they talk about how much they love the prep emails and brochures that I helped prepare, and they’re so grateful for our support and help. I’ve traveled a lot and learned a lot and I love being able to pass those things on. Likewise I get to pass along tips to the moms from nannying for 7 years, and simply trying to live a life in Christ for most of my life."

To read articles Andrea has written about the Camino de Santiago, and other pilgrimage-related topics click on the links below:

What Does It Mean to Walk Your Own Camino?