The Goodness of God’s Answers

Have you ever prayed fervently for something to happen only to have the exact opposite thing occur? And you couldn’t understand why in the moment, but later on it became really clear? If so, you are in good company!

St. Monica, like most mothers, worried about her son, the future St. Augustine, and the state of his soul. When he discussed plans with her to travel to Rome, she prayed with all her heart and soul that he not go there, for she feared she would lose him to a life of debauchery and paganism. However, to Rome he did go, leaving Monica to wonder if her prayers were in vain.

It was only later that she realized the Lord said “no” to her prayer in order to say ‘yes’ to an even deeper prayer. Monica’s deepest desire was for Augustine to become a Christian and know the Lord. She had been praying that prayer for years. And she felt keeping Augustine from Rome would answer that prayer.

However, him going to Rome was exactly what needed to happen for him to meet the great St. Ambrose and learn about Christ. The surface “no” answered a deeper “yes” and spurned the conversion of one of the greatest theologians of all time.

As we celebrate both the feasts of St. Monica and St. Augustine this week, let us turn to ask them to intercede for us when we are not aware of God’s deeper plan for our life and salvation that we may see His greater plan and the meaning behind each “unanswered” prayer. 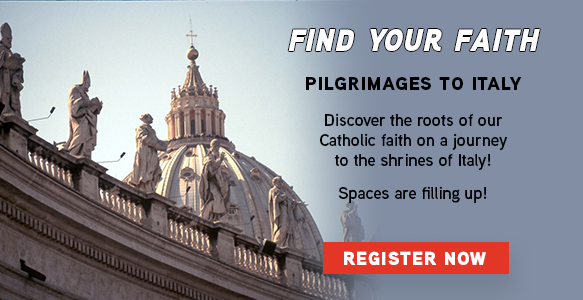