Q. What do hot sauce, caskets, beer, and fudge have in common?
A. Monks

Yes. All of these products, and many more, are produced by monks (and nuns) at monasteries throughout the world and can often be purchased for personal use.

Perhaps the most famous of these are the Trappist beers, produced at monasteries throughout Europe and North America. To be classified as a true Trappist beer, it must be brewed inside the walls of a Trappist monastery and under the supervision of monks. It is not allowed to be brewed for profit, but solely to sustain the needs of the monastery, supporting the monks, the surrounding communities, and designated charities.

Trappists are descended from Cistercians, who, in turn, branched off from the Benedictines in 1098. They all follow the Rule of St. Benedict, whose feast day was celebrated throughout the Benedictine community earlier this week. March 21st is the traditional date of his death, and so celebrated as his feast day by Benedictine monks and nuns.  However, the universal church celebrates his feast on July 11.

St. Benedict is often called the father of modern monasticism and created what is now known as the Rule of Saint Benedict. In this Rule, he allowed for his monks to be given half a flagon (a little over 2 glasses) of wine per day, but no more, for they still needed to practice temperance. They already produced their own wine for use at Mass, so it was only natural they produced wine for drinking as well. Throughout the centuries, some monasteries and convents expanded beyond just their own needs and produced surplus to sell and help pay for items they couldn’t produce themselves.

Some such monasteries and convents include the abbey in Germany where St. Hildegard of Bingen once lived, and Holy Cross Abbey in Colorado, who have only been producing wines for a little over the past 20 years. In France, two abbeys (one of monks, one of nuns) work in conjunction with locals to tend the first papal vineyards – planted in 1309 by Pope Clement V – and produce enough wine to support both abbeys and the needy in their region.

An internet search will pull up a number of different products produced by monasteries and convents, but nor all are available for purchase online.  Since monasteries are primarily places of prayer and contemplation, it is not the main goal to have their products shipped throughout the world.

For this reason, some connoisseurs may be drawn to the idea of a special pilgrimage to pray with and learn about these monastic communities and their wares (with tastings, of course!). We have sample itineraries of just what such a pilgrimage would look like and would happily customize it for your group or special interest. Contact us for more information.

Alternatively, you can start planning now for how best to celebrate Benedict on his July feast day. With products ranging from various liqueurs, beer, and wine, to honey, bread, cheese, and fudge, the combinations and possibilities are numerous!  You could listen to CDs (which certain orders also produce!) of Gregorian chant from various monasteries during your celebrations. Or perhaps a competition to see who can eat the most chicken wings doused in Monk Sauce is in order? 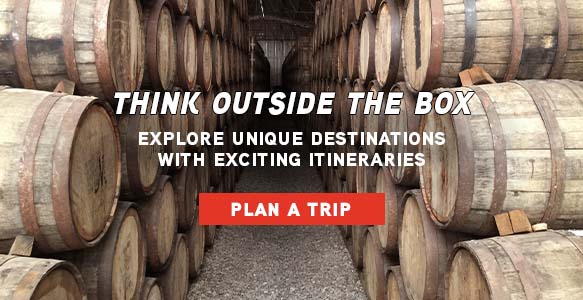