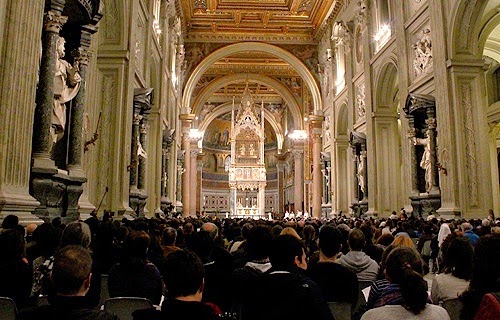 (CNA/EWTN News).- The Basilica of St. John Lateran, cathedral of the Diocese of Rome, was filled Tuesday with thousands of youth who had come to learn more about the two former popes who will be canonized Sunday.
Click here to read more. 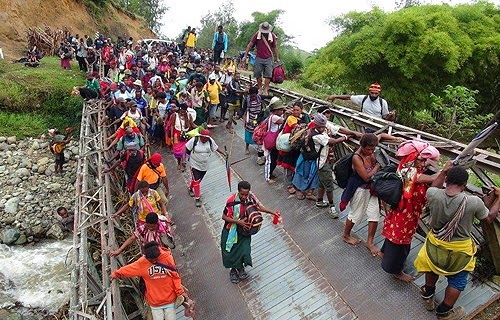 In other pilgrimage news, Catholics in Papua New Guinea honored the evangelization, 80 years ago, of the remote interior of the nation’s main island by making a pilgrimage in the steps of its first missionaries.

“After 80 years, the Catholic faithful in the Archdiocese of Mount Hagen felt it is time to say thank you and to acknowledge all the blessings from God through the missionaries,” said Paul Petrus, a social researcher and a layman of Papua New Guinea, in an April 21 interview with CNA.
Some 500 Catholics, including three priests and nine seminarians, trekked through the mountainous highlands of New Guinea from March 28 until April 13, Palm Sunday.
Click here to read more.