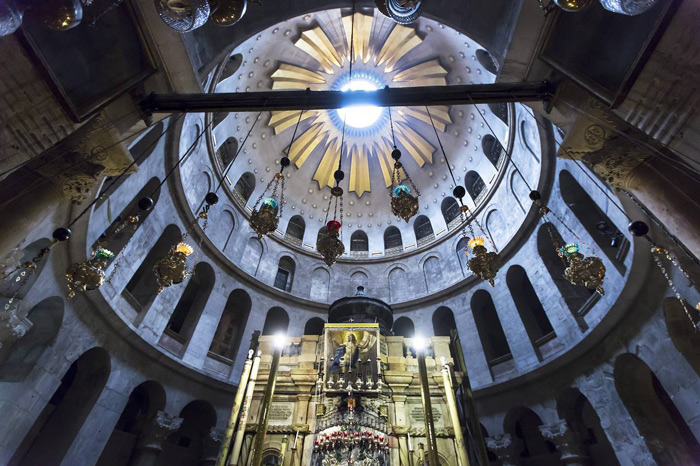 (WSJ, By Nicolas Parasie) For the 74-year-old pastor from Hawaii, his trip to Israel was the culmination of a lifelong dream. But the route’s end—at the Church of the Holy Sepulchre in the Old City of Jerusalem—was so packed with other pilgrims that he and his flock turned back.

“On the way of the cross, Jesus had to suffer,” Mr. Mbinda said. “Compared to what he went through, standing there waiting for two hours is nothing.”

Many Christian tourists—most frequently from the Americas, Europe or Russia—are brushing aside worries about potential spillover from the civil war in neighboring Syria or ongoing unrest in Iraq. That has thrown a lifeline to a tourism industry that remains a critical source of income for many Middle Eastern governments.

The World Tourism Organization estimates that 330 million tourists every year visit religious sites world-wide. (The organization doesn’t provide a breakdown according to religion or an exact number of pilgrims who visit the Middle East.) 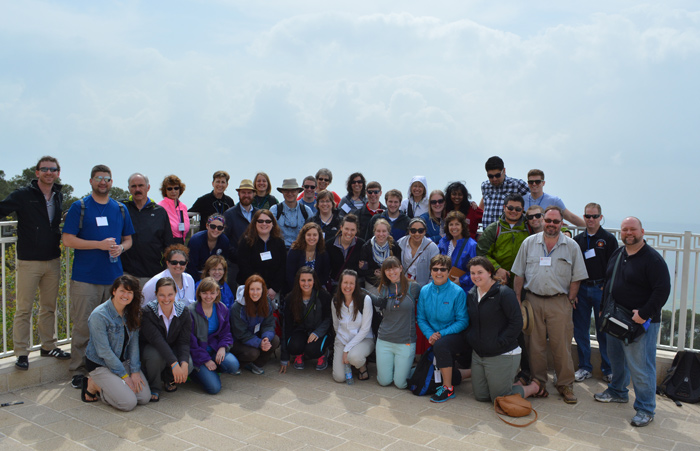 In Israel, for example, Christians accounted for 56% of last year’s tourist arrivals, according to Israeli figures—up from 33% a decade ago. Those visitors helped Israel’s tourism industry weather the country’s recent conflict with the Islamist militant group Hamas in the Gaza Strip, according to tourist officials, and helped overall tourist arrivals in Israel in the past 10 years triple to 3.3 million. For years, Israel has courted Christian evangelical visitors, who provide an important source of tourism revenues and political support.

Still, the region’s upheaval is clearly hampering tourism overall. The number of nonreligious visitors to two of Israel’s neighbors, Jordan and Egypt, are down, officials say. 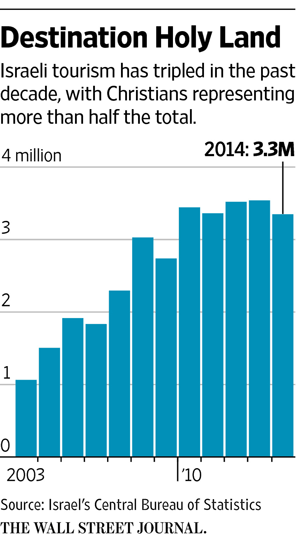 Overall, the number of tourists to Jordan fell to 5.3 million in 2014, according to the country’s tourism ministry—down from 8.1 million in 2010. Famed Jordanian sites, including the rock-carved city of Petra, a Unesco world heritage site, welcome only a fraction of the visitors they did before revolutions broke out in several Arab states in 2011.

Jordan, which is predominantly Muslim, has responded by promoting tourism to its Christian holy sites—with some success. Officials say that visits rose last year to Jesus’ purported baptism site, near Jordan’s side of the Dead Sea, and to Madaba, a Jordanian town known for a church that houses a striking ancient mosaic map of the Holy Land.

Raji Khoury, an 88-year-old specialized pilgrimage tour operator who is mostly active in Israel and Jordan, said that he was still handling between 30 and 40 groups a month. Some of his peers, by contrast, are getting out of the tour business altogether as less devout foreign tourists, discouraged by incessant reports of violence, avoid the region in greater numbers, Mr. Khoury said.

“Most of the retired people from all over the world dream to come to the area where Jesus walked; many are true believers,” he said. “If you have to follow what the State Department says, then you won’t come. If you have to wait until things settle down in Palestine, you will never come.”

Egypt’s tourism industry, which was devastated in the wake of its 2011 revolution, is also looking to lure in more Christian tourists. Last year, Egypt’s government reopened a trail called “The Holy Family in Egypt,” which follows the route the Virgin Mary and the baby Jesus are said to have taken when they sought refuge in Egypt. The itinerary covers churches and sites across the country, including the capital, Cairo. The trail caught the attention of the Vatican, which sent a delegation to discuss the initiative, said Egypt’s tourism minister, Khaled Rami.

The new tourists aren’t only Christians. Millions of Muslims visit the Middle East’s many important Islamic sites, including Mecca, Medina, Najaf and Karbala. In Saudi Arabia alone, more than 2 million Muslims perform the hajj, the annual pilgrimage to Mecca.

Still, travel to the region isn’t without risks. In June, Egyptian forces foiled a suicide-bomb attack in front of an ancient temple. In Egypt’s Sinai region—home to one of the world’s oldest Christian monasteries—the army is battling Islamist insurgents. In war-torn Syria, tourism has ground to a halt, except for some determined Shiite pilgrims. And last month, a gunman killed 38 tourists at a beach hotel in Tunisia, spurring the evacuation of thousands of holidaymakers and a British call Thursday for its tourists to leave the country.

Hani Abu Dayyeh, president of the Near East Tourist Agency, which organizes tours to the Middle East and Europe, said he hadn’t received cancellations after the Tunisia massacre. But he expressed concern over a spate of church burnings in the West Bank in the past years, which Israeli authorities suspect were carried out by Israeli extremists. Still, he expressed confidence in the durability of the region’s appeal to visitors. “As soon as some improvement in the political scene does happen, tourism does rebound,” he said.

Pastor Mbinda, who finished his cross-carrying walk along Jerusalem’s Via Dolorosa, or Sorrowful Way, said that neither security concerns nor cramped shrines would stop him from coming back. “One trip is not enough,” he said. “There is no way you can beat the crowds in the Holy Land; they’ll always be there.”