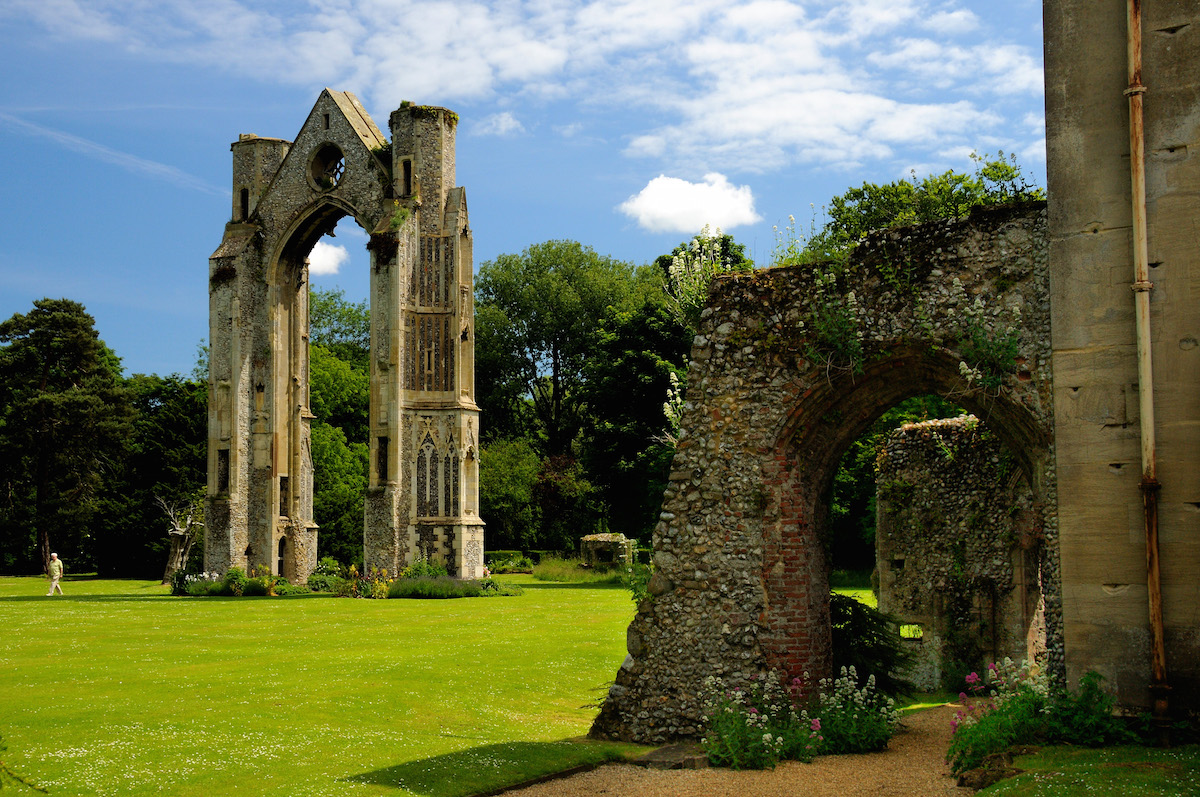 For more than 950 years, pilgrims have been making their way to a small medieval village in England’s Norfolk region to visit the site of a Marian apparition and what is believed to be the oldest shrine to Our Lady in the world.

Save for a tiny chapel on the outskirts of the town of Walsingham, and a single stone arch of what had been the priory, almost nothing remains of the original pilgrimage site which was decimated during the English reformation under the orders of Thomas Cromwell.

Yet several centuries after its destruction, hundreds of thousands of people flock yearly to the Catholic shrine. In fact, the numbers seem to be on the rise.

What is it that continues to draw pilgrims to venerate a site where little to nothing of its architectural origins remain, nearly a thousand years after the first apparitions took place?

“The importance of shrines is not that they are historical artifacts,” said the rector of Walsingham, Msgr. John Armitage, in a phone interview with CNA. “It’s a link between heaven and earth.”

The origins of the devotion to Our Lady of Walsingham date back to the year 1061, when the Virgin Mary appeared a noblewoman named Richeldis de Faverches in a series of visions. During the visions, Richeldis was brought in an ecstasy to the house in Nazareth where Gabriel announced the news of Christ’s birth. Mary then requested that an exact replica of the house be built in Walsingham, which would come to be known as the Holy House.

“From that time, through till the reformation, in 1538, Walsingham was one of the great shrines of Christendom,” and the only shrine dedicated to Our Lady, Msgr. Armitage said.

It is a great source of pride that Walsingham is the site of the oldest Marian shrine in the world, he said.

“Indeed, if you go to Nazareth, and you stand in front of the Holy House in Nazareth, if you look up, you’ll see all the different images of the Shrines to Our Lady around the world. And the first one that is displayed there is the shrine of Our Lady of Walsingham.”

Although the shrine itself was destroyed in 1538, a small nearby chapel where pilgrims en route to Walsingham would stop remained. “It’s where the pilgrims would come and before they entered the shrine ground, they would go to confession and then they would take their shoes off, and leave them at the slipper chapel – hence its name – and would walk barefoot into the shrine in the village.”

This tradition continues to this day, the rector added. “Once (the pilgrims) have finished their devotion at the slipper chapel shrine, they then walk along what’s called the Holy Mile into the village.”

After the shrine was rebuilt in the 20th century, the site began to see a resurgence of pilgrims which continues to this day.

“Walsingham is a great crossroads of Catholics in England,” Msgr. Armitage said, and many consider it to be the “spiritual heart” of the country.

The shrine has become an active pilgrimage site, and offers daily Mass, Eucharistic Adoration, and opportunities for prayer and reflection. It is also currently undergoing expansion of its services, with the construction of a new pilgrimage center and the establishment of a new media center run by EWTN.

“There is a strong connection here,” Msgr. Armitage said. “People do come. We have around about 300,000 people who pass through Walsingham over the course of the year, ranging from organized pilgrims to just people passing.”

The rector said he has noticed a recent increase in the number of pilgrims to the site, especially during the Year of Mercy.

“I think sometimes people come on pilgrimage when they’re a bit lost about their faith,” he said. “They want to go to a place of pilgrimage.”

“The important thing about places of pilgrimage is not that they are just like going to visit an old castle. You go to a place of pilgrimage because something happened.”

For instance, in visiting Nazareth, pilgrims experience the place where “the Word was made Flesh, and lived among us.”

Likewise, this experience of a historical event is connected with a shrine, such as that of Walsingham, Msgr. Armitage explained: “the World was made flesh, and lived among us here. Something happened here.”

“It’s an expression of the Incarnation. Here, in our world, in a particular moment in history, something of God happened.”

Our Lady of Walsingham, pray for us.