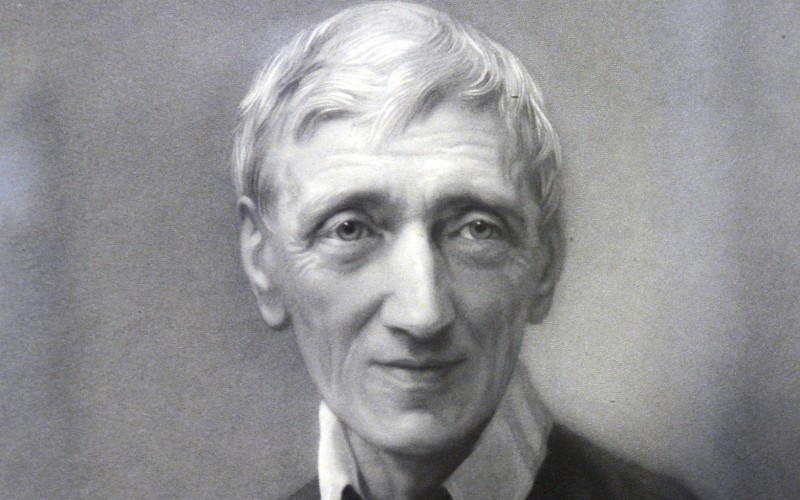 (via CatholicHerald) The Archbishop of Birmingham has welcomed reports that the Vatican is investigating a possible second “miracle” which may lead to the canonisation of Blessed Cardinal John Henry Newman.

Archbishop Bernard Longley said it was a “great joy” to know that the Cause was making progress.

He said the occasion should also spur on Catholics to renew their prayers for the canonisation of Blessed Dominic Barberi, who received Newman into the Catholic faith from the Church of England.

“Blessed Cardinal Newman has left an extraordinarily rich spiritual legacy – not least through the two Oratory communities in Birmingham and Oxford – as well as to the Church nationally and internationally,” Archbishop Longley said.

“It would be a great joy to see him take a step closer to being named among the saints and would be an encouragement to all who have been inspired by him seek the truth by seeking Christ.

“At the same time, and especially during this Jubilee Year of Mercy, I am sure that Blessed John Henry Newman would want us to continue praying for the canonisation of Blessed Dominic Barberi, the Passionist priest who first enabled him to receive the Sacrament of mercy at his reception into full communion with the Catholic Church at Littlemore in 1845 and who gave him a new insight into the merciful love of God.”

The archbishop spoke after the Tablet, a Catholic weekly magazine, revealed that the Archdiocese of Chicago had investigated the inexplicable healing of a young American mother who prayed for the Victorian cardinal’s intercession when she became afflicted by a “life-threatening pregnancy”.

Doctors who treated her have reported that they have no explanation for the sudden and complete recovery of the woman, a law graduate.

The file on her case has now been passed to the Congregation for the Causes of Sainthood and if Vatican theologians and doctors conclude the healing is a divine sign of Newman’s sanctity the Pope will be invited to canonise him as the first English saint since 1970 and the first British saint since 1976.

Two healing miracles are normally required for a candidate to be declared a saint. Cardinal Newman was beatified in Cofton Park, Birmingham, by Pope Benedict XVI in 2010 after the Vatican approved the first miracle, which involved the inexplicable healing of Jack Sullivan, an American who nine years earlier recovered from a crippling spinal condition which had left him “bent double”.

An earlier alleged healing of a baby in Mexico at Newman’s intercession was dismissed by the Congregation and the Vatican is refusing to disclose details about the latest case at the present time.

But if the new case passes scrutiny, it will cement the international reputation of Cardinal Newman as one of the most distinguished Englishmen of his generation.

The London-born cardinal was an esteemed 19th-century Anglican theologian who founded the Oxford Movement to try to return the Church of England to its Catholic roots before he converted to the Catholic faith.

In spite of a life marked by controversy, he was renowned for his exemplary virtue and also for his reputation as a brilliant thinker and Pope Leo XIII rewarded him with a cardinal’s red hat.

He died in Birmingham in 1890, aged 89, and more than 15,000 people lined the streets for his funeral procession to pay tribute to him.

Scholars believe he was years ahead of his time in his views of the Church and her teachings.

He was also a deeply original theologian who articulated a “theology of conscience” which historians have recently discovered influenced Sophie Scholl, the German woman beheaded in 1943 after she was caught flooding Munich University with leaflets urging students to rise up against “Nazi terror”.

Bishop Philip Egan of Portsmouth said he was convinced that Cardinal Newman would not only be canonised one day but would also be declared a Doctor of the Church because of the wealth and depth of teaching he left behind.

“He was a man whose life and whose heart was absolutely docile to the truth of God and the truth of Christ,” the bishop said.

“He was absolutely under the Word of God and I think that is important to us in an age of relativism and liberalism. Here is somebody led by the truth even if it cost him in his own personal life.”

The teachings of Newman continue to be esteemed throughout the world, Bishop Egan said, adding: “I wonder if we undervalue him in England or don’t fully grasp just how significant he is in terms of the universal Church.”

The development was also welcomed by Bishop Mark Davies of Shrewsbury. “John Henry Newman is already recognised by both Catholics and Anglicans for his personal holiness as well as his great learning,” he said.

“We cannot anticipate the final judgment on a miracle now attributed to Cardinal Newman’s prayers,” he continued.

“However, we pray that soon England will have a new saint recognised, a saint whose life and witness was closely connected with such familiar places as London, Oxford and Birmingham.”

Vatican officials are also studying the Causes of Passionist Fr Ignatius Spencer, a relative of Princes William and Harry through their mother, Lady Diana; Mother Elizabeth Prout, the founder of the Passionist sisters who worked with the poor in Manchester; Frances Taylor, “the saint of Soho” and a colleague of Florence Nightingale, and Mother Riccarda Beauchamp Hambrough, a Bridgettine nun who helped to rescue Jews from the Nazis in the Second World War.

Like Cardinal Newman, all of these post-Reformation candidates for sainthood were converts to the Catholic faith.