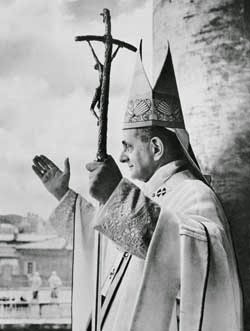 (CNA/EWTN News).- The beatification cause of Pope Paul VI has advanced with the Congregation for the Causes of Saints giving unanimous approval to an unborn child’s miraculous healing attributed to his intercession.
According to Vatican Insider, Pope Francis is expected to publish a decree soon that recognizes the miracle and officially sets a beatification date.
The attributed miracle took place in the 1990’s in California.
Click here to read more.