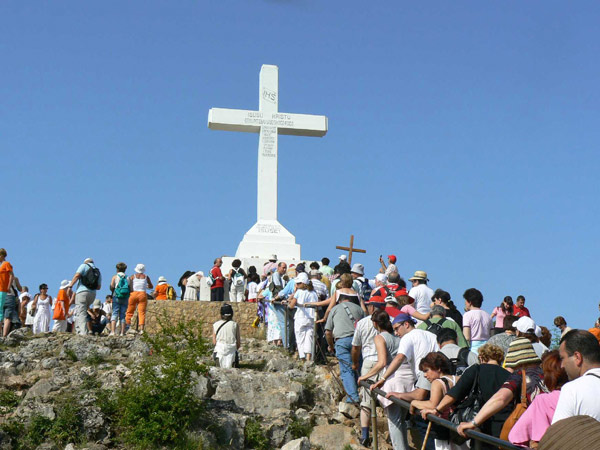 Vatican City, Feb 11, 2017 / 09:21 am (CNA/EWTN News).- Pope Francis on Saturday appointed Archbishop Henryk Hoser of Warszawa-Praga as a delegate of the Holy See to look into the pastoral situation at Medjugorje, the site of alleged Marian apparitions in Bosnia and Herzegovina.

“The mission has the aim of acquiring a deeper knowledge of the pastoral situation there and above all, of the needs of the faithful who go there in pilgrimage, and on the basis of this, to suggest possible pastoral initiatives for the future,” stated a Feb. 11 communique from the Vatican Secretariat of State.

“The mission will therefore have an exclusively pastoral character,” it added.

Greg Burke, the Holy See press officer, strenuously reiterated the pastoral, and not doctrinal, nature of Archbishop Hoser’s mission, while speaking at a press conference.

“The special envoy won’t enter into the substance of the Marian apparitions, which is a doctrinal question in the competency of the Congregation for the Doctrine of the Faith,” he said.

The alleged apparitions originally began June 24, 1981, when six children in Medjugorje, a town in what is now Bosnia and Herzegovina, began to experience phenomena which they have claimed to be apparitions of the Blessed Virgin Mary.

According to these six “seers,” the apparitions contained a message of peace for the world, a call to conversion, prayer and fasting, as well as certain secrets surrounding events to be fulfilled in the future.

These apparitions are said to have continued almost daily since their first occurrence, with three of the original six children – who are now young adults – continuing to receive apparitions every afternoon because not all of the “secrets” intended for them have been revealed.

Since their beginning, the alleged apparitions have been a source of both controversy and conversion, with many flocking to the city for pilgrimage and prayer, and some claiming to have experienced miracles at the site, while many others claim the visions are non-credible.

In April 1991, the bishops of the former Yugoslavia determined that “on the basis of the research that has been done, it is not possible to state that there were apparitions or supernatural revelations.”

On the basis of those findings the Congregation for the Doctrine of the Faith directed in October 2013 that clerics and the faithful “are not permitted to participate in meetings, conferences or public celebrations during which the credibility of such ‘apparitions’ would be taken for granted.”

In January 2014, a Vatican commission completed an investigation into the supposed apparitions’ doctrinal and disciplinary aspects, and was to have submitted its findings to the Congregation for the Doctrine of the Faith.

When the Congregation for the Doctrine of the Faith will have analyzed the commission’s findings, it will finalize a document on Medjugorge, which will be submitted to the Pope, who will make a final decision.

Pope Francis visited Bosnia and Herzegovina in June 2015, but declined to stop at Medjugorje during his trip.

During his return flight to Rome, he indicated that the process of investigation in the apparitions was nearly complete.

When journalists noted this point at Saturday’s press conference, Burke responded that the doctrinal question of the alleged apparitions “are still being studied … this is neither a recognition nor a negative judgement. That is always a doctrinal question separate from this, which is pastoral. If you read [the communique], you can’t read any doctrinal judgement” in the pastoral appointment of Archbishop Hoser.

Rather than being involved in the doctrinal questions, Archbishop Hoser’s mission is a matter of “people’s needs,” Burke emphasized: “pastoral life, liturgy, catechesis, sacraments and the experience of devotion they have there,” but not the management of local parishes.

“It’s important to note that it’s not an apostolic visitation,” Burke concluded. “Look at the words. This is more ‘for’ than ‘against’. It’s for the life of the pilgrims who go there.”

Archbishop Hoser will remain Bishop of Warszawa-Praga, and is expected to complete his role at Medjugorje by the summer.