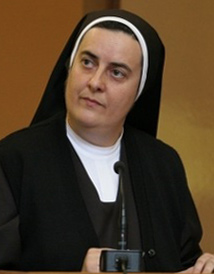 The Congregation for Catholic Education, headed by Cardinal Zenon Grocholewski,  has nominated Franciscan sister, Sr. Mary Melone, an expert on St. Anthony of Padua, to lead the pontifical university.

Sr. Mary (birth name Maria Domenica) Melone was born in La Spezia in 1964. After finishing school with a specialization in classics, she joined the Franciscan Sisters of Blessed Angelina where she took her temporary vows in 1986 and then professed her perpetual vows in 1991. In 1992…