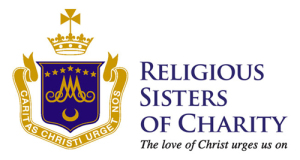 But it has to be said that, to our modern minds, Mary Aikenhead seems to be so different as to be an aberration. She was a good Irish nun who did not abuse her position and take advantage of the poor or marginalised. Films such as The Magdalene Sisters or Philomena were not based on nuns like Mary Aikenhead.

It’s a crying shame that Mary Aikenheads risk being tarred with the same brush as the nuns who mistreated the impoverished. Now that Pope Francis has elevated Mary Aikenhead to the status of Venerable, it is very urgent that we defend her reputation.

In 1787, Mary Aikenhead was born in the heart of Cork city, near St Patrick’s Street, the city’s main thoroughfare. Born to a Catholic mother and a Scots Protestant father, Aikenhead was brought up in the Church of Ireland. She was born into a life of immense privilege. Her father was an eminent doctor and pharmacist, who gave his little girl only the best.

An aunt of hers used take her to Mass in the South Chapel, and one day a priest’s words moved the young Mary Aikenhead to convert to Catholicism. The priest spoke of Dives and Lazarus, contrasting the life of the beggar Lazaraus, who went to Heaven, and the rich man who did not. 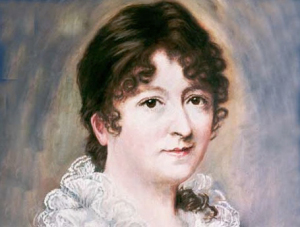 So moved by this sermon was Mary Aikenhead that at the age of 15 she was received into the Catholic Church. The poor and oppressed were always in her thoughts and she wanted to be a nun who served the poor. But she longed to be in the company of the poor and to go to them, as opposed to them coming to her.

Winning the support of Archbishop Murray, she founded the Congregation of the Sisters of Charity in 1815. Seeking out the unfortunate became the guiding aim, and the nuns under Aikenhead’s direction became the first to visit prisoners in Dublin’s Kilmainham jail.

Being the foundress of this congregation was only the beginning of Mary Aikenhead’s achievements. In the same year of 1815, Aikenhead was part of the team that set up an orphanage in North William Street in Dublin.

She had been influenced greatly by her father, the medic, who converted to Catholicism on his death bed. Throughout her life, Mary Aikenhead understood the link between deadly disease and poverty. In the Ireland of the 1800s, if the father of the family and the breadwinner were to perish from something as dire as cholera, then his children could well be left without a father to put food on the table. This is why Mary Aikenhead made treating disease a key responsibility of the Sisters of Charity. In 1833, she renovated an old store house in Sandymount into a small clinic to cater for victims of cholera.

One of Mary Aikenhead’s most notable achievements was the founding of St Vincent’s Hospital in 1834, the first hospital in Ireland run by nuns for patients from all religions.

A Cork girl who was born into affluence would become the arch defender of the poor. Úna O’Neill RSC sums it up well when she says that although Aikenhead was “born to privilege, she left it behind to walk with the Lazaruses of her world”.