Shrines and Steins of Belgium & Germany

Drink of the Richness of Faith

The sacred places of Belgium and Germany await us with a unique twist. Visit the prayerful monasteries where the monastic life has thrived for centuries alongside the special brewing of beer. We learn about the process and taste the fruit of their efforts.  In Belgium, we venerate a vial of Christ’s blood and visit two famous Marian apparition sites. See some of the greatest treasures of the Church in Germany; Christ’s swaddling clothes, the Virgin Mary’s cloak, and relics of the three wise-men. We visit the fairy-tale castles of Germany, pay our respects to the innocent killed at Dachau, and pray at a special Marian site known for healing many illnesses. 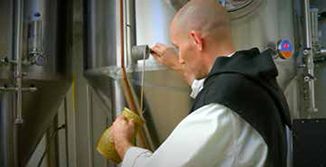 Our pilgrimage begins as we depart on our overnight flight to Brussels. Meals and refreshments will be served aloft.

After our midday arrival in Brussels we will be met at the airport by our local pilgrimage manager, who will accompany us throughout our pilgrimage. We will then enjoy a half day visit of Brussels including the Grand Place, the central square of the city; the magnificent St. Michael’s Cathedral; and the National Basilica of Koekelberg, one of the most imposing churches in Europe. We then proceed to our hotel to check-in to our home for the next 3 nights.

Today we will take an excursion to the scenic town of Bruges. Here we will visit the famous Church of Our Lady, featuring Michelangelo’s masterpiece, Madonna and Child. We proceed to the Basilica of the Holy Blood which houses a revered vial containing cloth stained with the actual blood of Christ. After Mass, we will visit the De Halve Maan Brewery and see the two-mile underground beer pipeline. Then, depart Bruges and drive to the Saint Sixtus Abbey in Westvleteren. The abbey is famous for its spiritual life characterized by prayer, reading, and manual work – the three basic elements of Trappist life. It has also a reputation for its brewery, one of the several breweries of Trappist beer in Belgium. After visiting the unrestricted portions of the abbey and tasting some of its famous beer we will return to Brussels for overnight.

Following breakfast, we journey to the Shrine of Our Lady of Beauraing, the Virgin with the Golden Heart where, in 1932-1933, the Blessed Mother appeared to a group of 5 young children 33 times. After Mass at the shrine we will proceed to Scourmont Abbey, another Trappist monastery, settled in 1850. Now famous for its Chimay beers and cheeses, the Abbey is integral to the village life on the Scourmont plateau. After visiting portions of the abbey and tasting some of its famous beer we will return to Brussels for overnight.

This morning we will depart Brussels and drive to Banneux where we will visit the Shrine of the Virgin of the Poor. It was here in 1933 where the Virgin appeared to 11-year-old Mariette Beco eight times. After celebrating Mass, we proceed to the Abbey of Val-Dieu, a Cistercian – not Trappist – Abbey founded in 1216 and famous for its beer, now the only Belgian abbey beer still 100% brewed in a living abbey. After enjoying some beer tasting we continue across the border into Germany and on to Aachen, where we visit the Cathedral and the Gothic Marian Shrine housing the swaddling clothes of Jesus, the loin cloth of the Lord, the cloth for John the Baptist’s head, and the Blessed Virgin’s Cloak. We will finish our day by journeying to Cologne and checking-in at our hotel, our home for the next two nights.

This morning we will enjoy a full day tour of the city of Cologne (Köln in German). We will begin our day with a visit to the magnificent Cathedral which holds the relics of the three Magi and the staff belonging to St. Peter. We will admire some of the Romanesque churches that survived World War II including the Church of St. Andreas containing the remains of the St. Albert the Great, teacher of St. Thomas Aquinas; and the Church of St. Ursula which houses the remains of St. Ursula and 11,000 martyrs, all killed in Cologne at the hands of the Huns in the 2nd century. Our day’s sightseeing also includes visits to Cologne City Hall, the Old Town district, bustling Roncalliplatz, and the historic Alter Markt square. While in the city, we should be sure to try the local specialty – Kölsch Bier – brewed only in this region.

After Mass this morning we will depart Cologne by train for Munich, the capital of Bavaria, located in southern Germany and known for its annual Oktoberfest celebration and beer halls. Upon arrival in Munich we will be transferred to our hotel, our home for the next four nights, for check-in with the remainder of the day free to explore this historic city.

Today we will enjoy a full day tour of Munich including visits to the Burgersaal, the Michaelskirche, the Frauenkirche, the Marienplatz and its famous Rathaus-Glockenspiel clock, and Nymphenburg Palace – the summer home of the Bavarian monarchs. We will round out our day with a visit to the Spaten-Franziskaner Brewery where we will enjoy a tour of the brewery followed by a beer tasting.

Today we will take a full day tour outside of Munich. We travel first to Neuschwanstein Castle to see the most famous of the fairytale castles built by King Ludwig II, and the inspiration for Cinderella’s castle. Next, we will visit the Wieskirche (Church in the Meadow) also known as the Church of Scourged Redeemer, considered to be the most beautiful Rococo church in Europe. At the end of this beautiful and historic day, we return to our hotel in Munich.

This morning we drive a short distance outside of Munich to the Dachau Concentration Camp, the first of the Nazi concentration camps opened in Germany, intended to hold political prisoners. We proceed to Altotting, the site of Germany’s premiere Marian Shrine. Here we visit the Gnadenkapelle (Chapel of Grace), is a tiny octagonal chapel which holds a venerated statue of the Virgin Mary. According to legend, in 1489 a 3-year-old local boy who had drowned in the river was revived when his grieving mother placed him in front of a wooden statue of the Virgin Mary at the high altar and prayed for his healing. We return to Munich for our final evening, and enjoy a farewell dinner at the festive Hofbrauhaus Beer Hall.

Following breakfast, we transfer to the airport to catch our return flight home, cherishing all of the wonderful memories and graces of this pilgrimage.