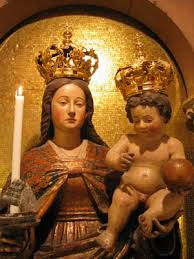 The Pope is planning a pilgrimage.  Are you?

The Vatican Today (news.va) reported, “At the end of today’s general audience, the Pope, addressing a group of pilgrims from the Italian island of Sardinia, announced that he would like to visit the Shrine of Our Lady of Bonaria that is located in the Sardinian city of Cagliari.” Oh, he would?

Pope Francis, who has gathered very little dust under his feet around Roma, will be making a pilgrimage outside of Rome “almost surely in the month of September,” the Pope said.  I wonder if the head of security knew that.  With the Pope’s “off-the-cuff” style my guess is he did not.  The question for Domenico Giani would be, “How ‘surely’ is ‘almost surely’ when coming from this Pontiff’s mouth?” 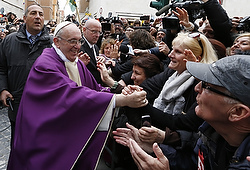 While speaking to the pilgrims the Pope explained the reason while he felt like making the pilgrimage.  Quite interesting, actually.

At the moment of the founding of the city of Buenos Aires ifs founder wanted to name it ‘City of the Most Holy Trinity’, but the sailors who had brought him there were Sardinian and they wanted it to be called ‘City of the Madonna of Bonaria’. There was an argument and, in the end, they arrived at a compromise. Thus the city’s name turned out rather long: ‘City of the Most Holy Trinity and Port of Our Lady of Bonaria’. Since it was so long only the last [word] remained: Bonaria, Buenos Aires, in memory of your image of the Madonna of Bonaria.”