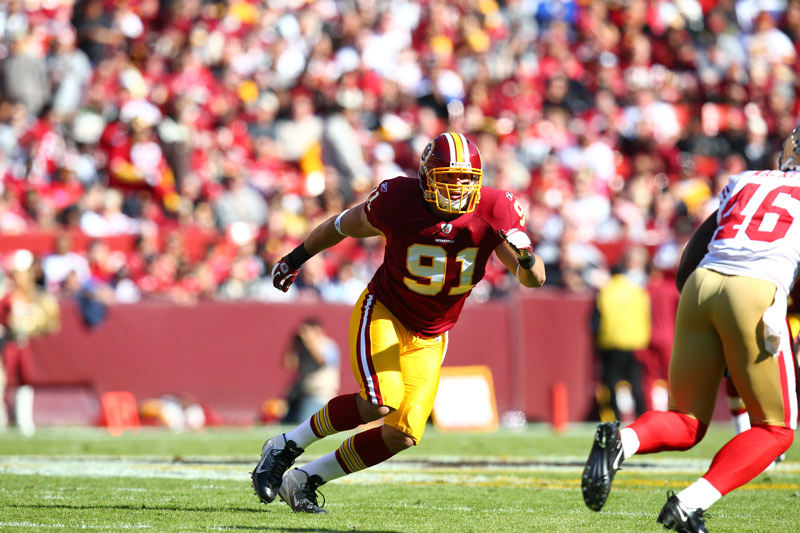 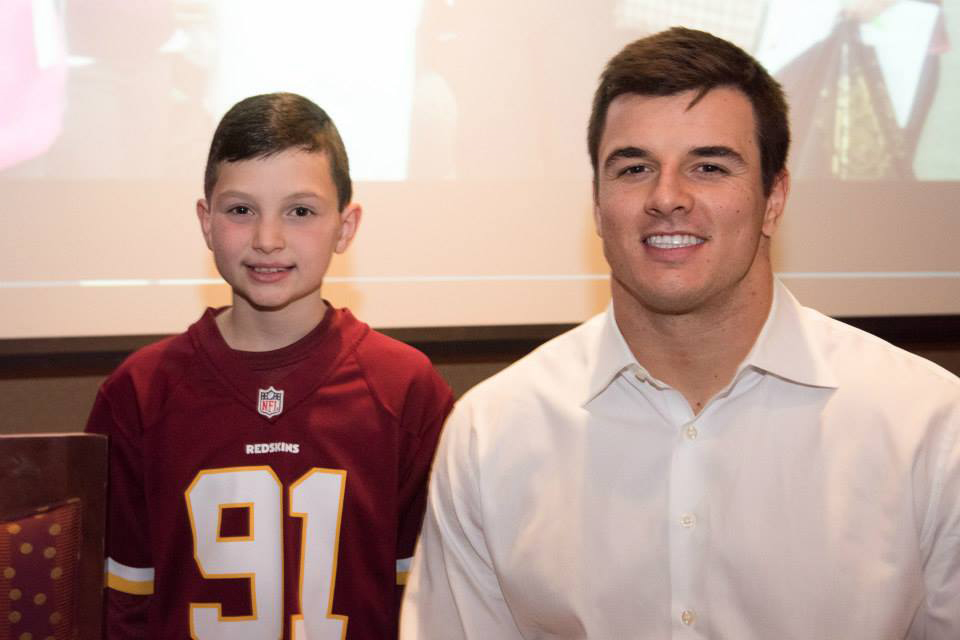 (by Chris Weldon) Catholics young and old can always use a good, modern-day role model.  From all appearances, they have one in Redskin star linebacker, Ryan Kerrigan.  Oh, by the way the season Purdue grad was just signed for another five years and has become the third highest paid linebacker in the NFL.  When home in Muncie, Indiana, he visits with family and friends, attending Sunday Mass and daily Mass when he can.  Charitable with his earnings, humble and a non-drinker during the season, Ryan Kerrigan sets the bar high for upstanding athletes while inspiring young athletes that sports, success and life are much more than money and fame. 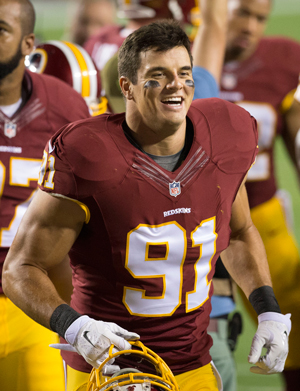 In competition, in the school halls, with family, and out with friends. It’s the kind of person you are on the inside that is going to take care of everything to come on the outside. Relationships, school, sports, your future career – I’m a firm believer in the idea that doing the right thing will bring the right things to you.

And before college coaches even consider making you an offer, they do some serious due diligence on your character, too.

So as you head into next season, now is a great time to be sure your reputation is in-check. Need some motivation? Check out Washington Redskins star Ryan Kerrigan.This guy seems to have a lot figured out at the ripe young age of 26 years-old.

As of Wednesday, Kerrigan became the third highest-paid linebacker in the NFL. However, since family and friends can remember, and now teammates and coaches in the NFL, his worth has been much more than any amount money can buy in the kind of person he is. With sports-headlines being a mixed bag these days, (cough – deflategate), let’s take some time to examine what young athletes can learn from NFL star Ryan Kerrigan’s success.

He surrounds himself with good people.

Kerrigan went in the first round of the NFL draft. Along with a lot of prestige, this honor comes with a lot of attention, and a lot of money. But Kerrigan kicked his career off with a modest game plan. He wasn’t sure what the future would hold, so he looked around and rented a cozy two-bedroom apartment, one that he now shares with Redskins marketing employee who also happens to be his childhood best friend. While he’s met many new friends and people along the way, he stays grounded with this game plan, and it’s clearly paid off.

Bottom line: Making it big – in high school, in college, or in the pros, doesn’t mean you have to act like you’re big. Be smart, be humble, and stay loyal to the people who helped you along the way.

He takes care of his body and health.

A lot of invitations come along with being successful: to outings, events, on dates, to parties. Kerrigan is known for his eating habits and the way he takes care of himself during the season. He doesn’t drink alcohol for the half of the year his team is on the field. He cooks almost all of his own meals so he knows what the ingredients are and keeps them as simple as possible. He likes to get his face out and around DC, but he doesn’t do it on the party scene, he does it by way of supporting local colleges and other pro sports teams. He says he’s the most boring “star” you’ll ever meet.

Bottom line: As a student-athlete, you cannot be the best on the field if you are not taking care of your body. This doesn’t just mean working out, it means getting enough sleep, paying attention to what you’re eating, and staying away from any other substances that could harm you in any way. 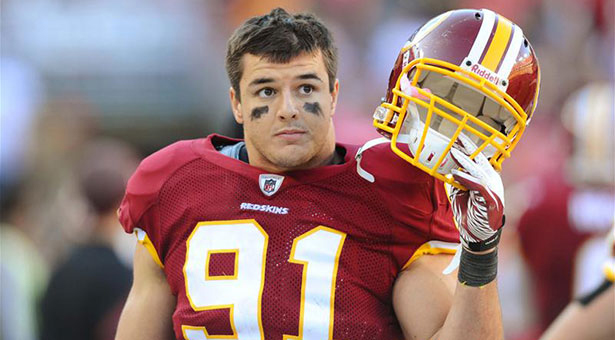 He is an advocate for the community.

As mentioned above, Kerrigan likes to get out on the town, but out on the town in the right way. He gets out to support other pro sports teams in the DC area, volunteers around his housing complex and within the Redskins organization, and makes it a point to be seen in the community doing good. In a world where – no matter who you are or what you do – it’s easy to let your priorities get clouded, Kerrigan’s morals, character, and demeanor are such a breath of fresh air for student-athletes and sports fans everywhere.

Bottom line: You are never too good, too special, too busy, or too cool to forget about the people around you who could use a helping hand. Whether it’s in your home town, or where you eventually attend college, make it a point to get involved in the community. As a student-athlete, you have the rare power of influencing others around you because people look up to you. Use this power for good and use your talents to better the world around you.