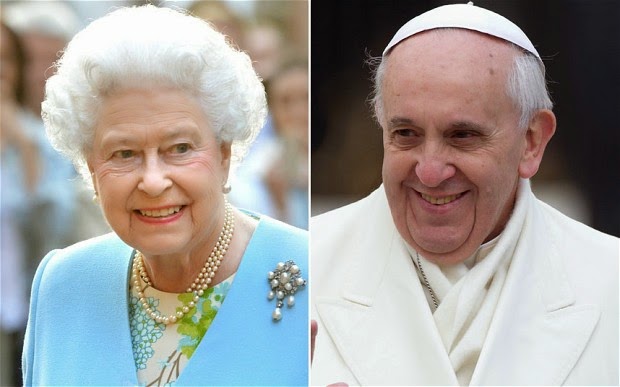 Queen Elizabeth II is witness to more than one pope

R R / Last Updated: July 14th, 2020
Today’s meeting with Pope Francis won’t be the first time Queen Elizabeth II has met a Roman Pontiff.  In her many years as Queen of England, the queen has met with several popes, two of whom will soon be canonized saints.  She met with John XXIII, John Paul II, Benedict XVI and now Francis, pictured below. 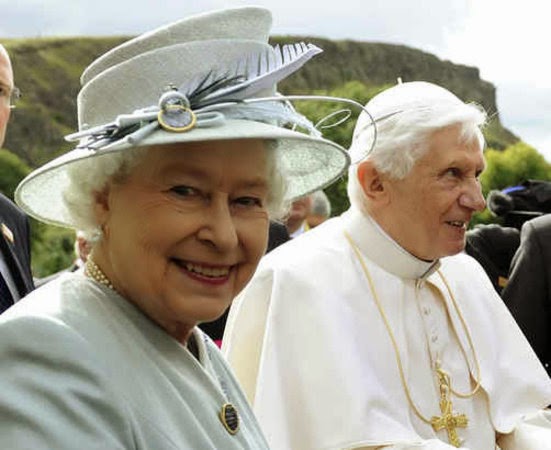 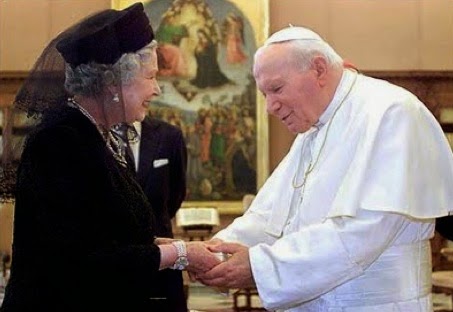 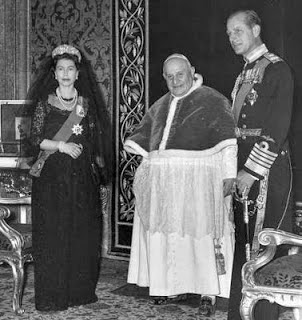