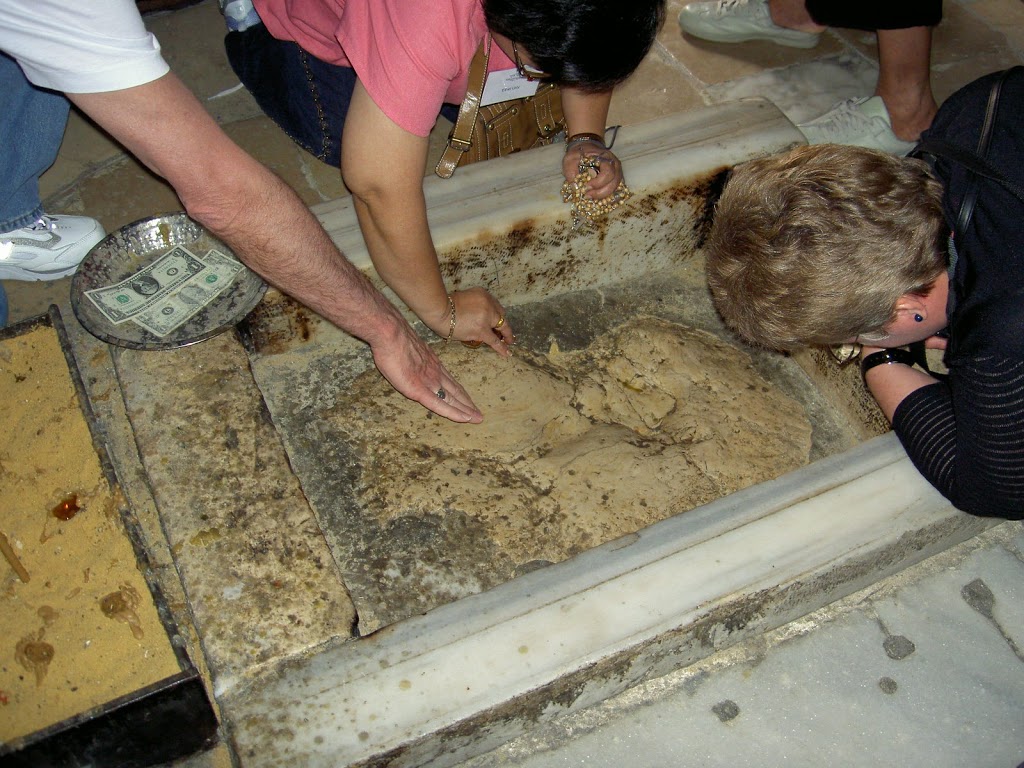 Dear brothers and sisters, the Ascension does not point to Jesus’ absence, but tells us that he is alive in our midst in a new way. He is no longer in a specific place in the world as he was before the Ascension. He is now in the lordship of God, present in every space and time, close to each one of us. (General Audience, 4/17/14)

I could understand Christ’s ascension to the Father was supposed to be a happy occasion, but like the Apostles, I looked more in awe and sadness at the event.  I chose instead to focus on the great commission instead.  But hearing the Pope’s words helps me to see why it is a happy occasion.  It is not such an intellectual understanding, as before, but an emotional one too. 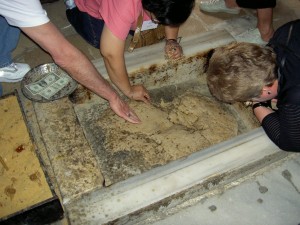 I also couldn’t help but remember being in the Holy Land and placing my hand upon the Rock of the Ascension at the traditional site of Jesus’ departure from the earth.  I was a doubter at first.  “How could we really know that this is the place?  I mean, really.”

Our Franciscan guide must have read my mind.

“How do we know it’s the place?  What would the new believers, those who were being baptized by the thousands, want to know?  ‘Where did he do this?  Where did he do that?  Where exactly was he born?  Where exactly was he crucified?’  Where did he ascend to the Father?  And the Apostles, actual witnesses, would have taken them there and shown them.”  Many of the shrines have archeaological proof that they were in fact the places of reverence and worship since the beginning.