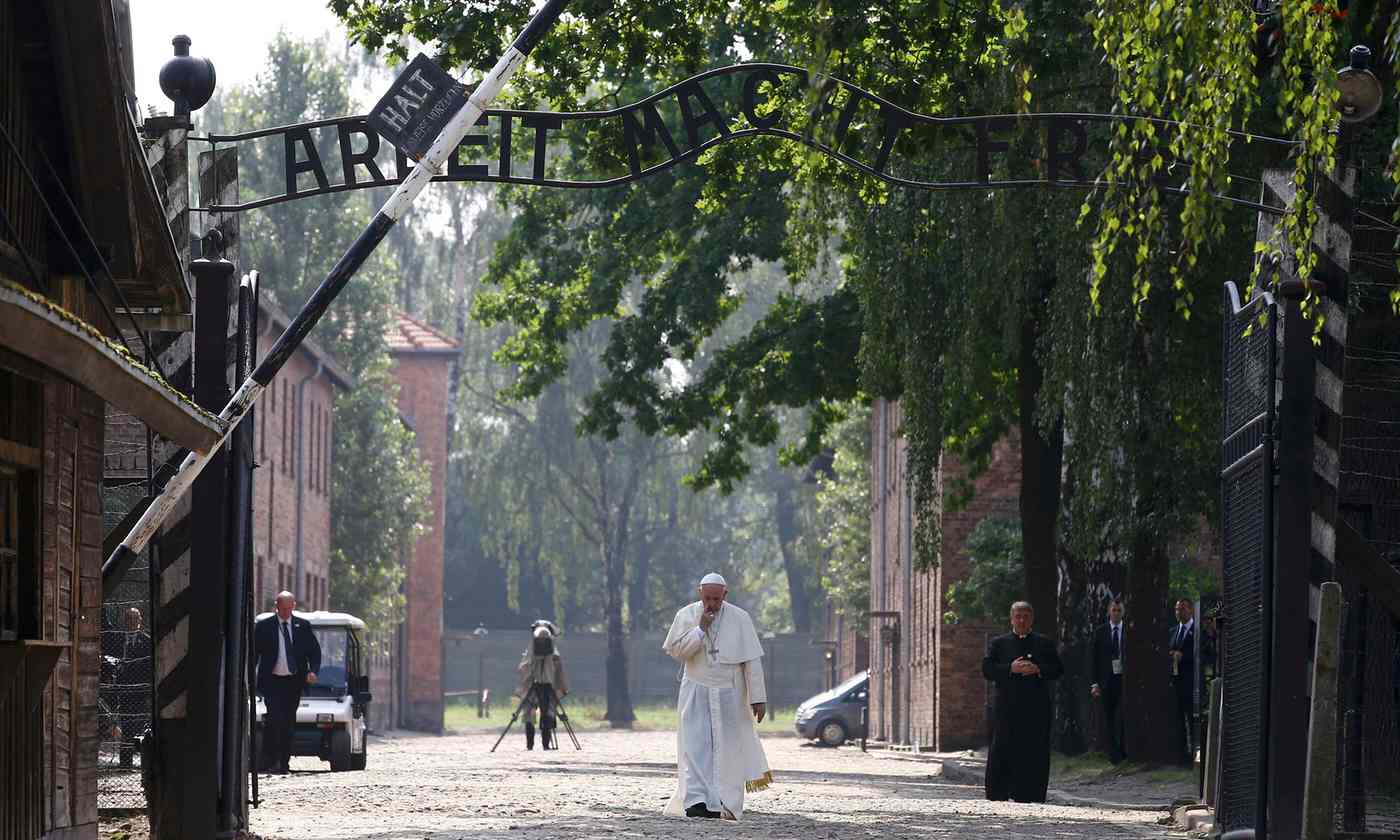 Pope Francis has paid a sombre visit to the Nazi death camp of Auschwitz – Birkenau in July, becoming the third consecutive pontiff to make the pilgrimage to the place where Adolf Hitler’s forces killed more than a million people, most of them Jews.

Wearing white robe and skullcap, Francis walked slowly beneath the notorious gate at Auschwitz bearing the cynical words “Arbeit Macht Frei”. He was then transported on a small car past barracks and brought to a spot in front, where he sat on a bench, his head bent for many long moments in contemplation and prayer.

As an Argentine, he is the first pope to visit who did not himself live himself through the brutality of World War II on Europe’s soil.

Both of his predecessors had a personal historical connection to the site, with the first, St John Paul II, coming from Poland and himself a witness to the unspeakable suffering inflicted on his nation during the German occupation.

John Paul II’s visit in 1979 made history and was part of the Vatican’s historical efforts at reconciliation with Jews. Pope Benedict XVI, who visited in 2006, was a German who served in the Hitler Youth for a time as a teenager.

Francis is a pope hailing from afar. His visit therefore helps to underline the universal importance of a site that in recent years has drawn ever more visitors from around the world.

Vatican and Polish Church officials said earlier that he would express his sorrow in silence at the site, mourning the victims in quiet prayer and meditation.

Francis had been scheduled to fly from Kraków to Oświęcim, the small town where the former death camp is located, but due to bad weather traveled the 40 miles by car instead.

It is his third day of a five-day visit to Poland that includes meetings with young pilgrims taking part in World Youth Day, a global youth celebration.

Friday is devoted to the theme of suffering. Later in the day Francis will visit a children’s hospital in Kraków and take part in a Way of the Cross with the young people.