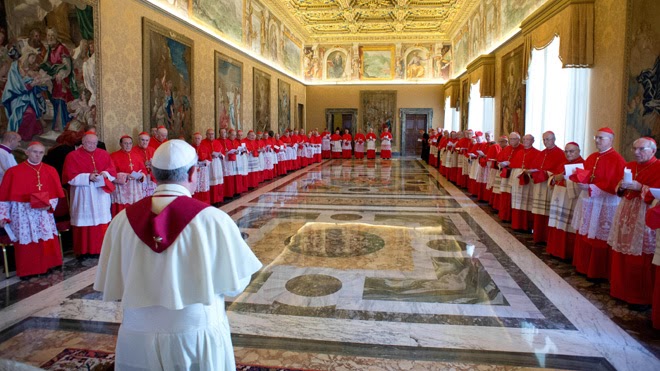 Following today’s Angelus prayer, Pope Francis announced that on 22 February, feast of the Chair of St. Peter, a consistory will be held during which 19 new cardinals will be appointed. Absent were any candidates from the United States.
The group will comprise 16 electors and 3 archbishops emeritus, from twelve different countries from all over the world, and “represent the deep ecclesial relationship between the Church of Rome and the other Churches throughout the world”. The day after the consistory, the Holy Father will preside at a solemn concelebration with the new Cardinals, while on February 20 and 21 he will hold a consistory with all the cardinals to reflect on the theme of the family.