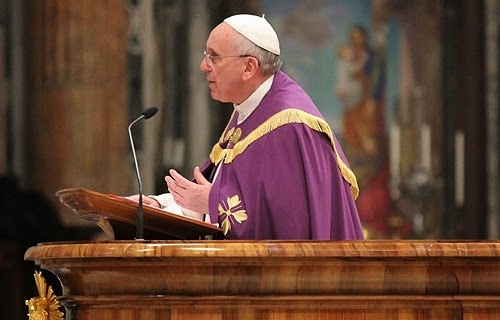 Pope Francis warns against the dictatorship of narrow thought

R R / Last Updated: July 14th, 2020
(CNA/EWTN News) by Elise Harris.- In his daily homily Pope Francis cautioned faithful against idealizing one’s own way of thinking and encouraged them to be vigilant in prayer, noting that a closed mind leaves no room for God.
“Even today there is a dictatorship of a narrow line of thought” which kills “people’s freedom, their freedom of conscience,” the Pope expressed in his April 10 daily Mass.