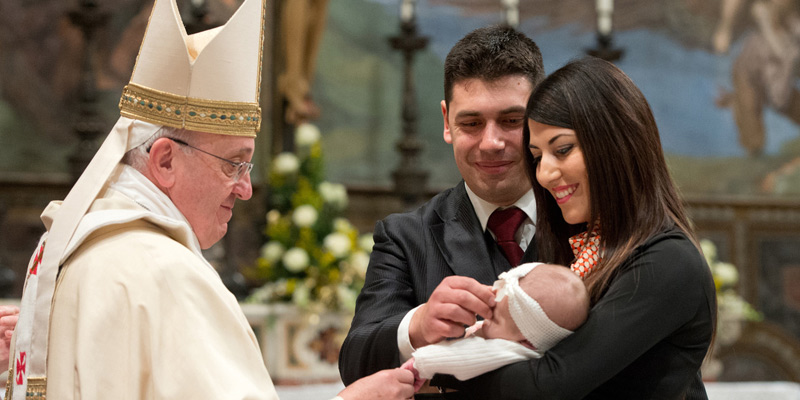 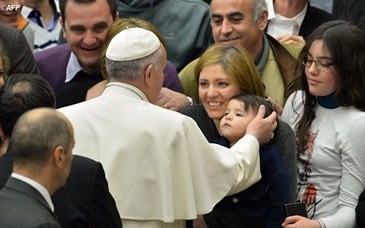 (Vatican Radio) Pope Francis thanked all mothers for their precious role in society and for what they give to the Church and to the world.

Speaking on Wednesday morning at the General Audience, Pope Francis continued his catechesis on the family, inspired, he said, by the Christmas image of Our Lady who presents her Son to the world.

Reflecting on the role of mothers in society and in the Church, he pointed out that the Church too is a mother, “our mother” and that no believer is an orphan.

The Pope said that for all our symbolic glorification of mothers, their important contribution to the life of society, their daily sacrifices and their aspirations are not always properly appreciated. 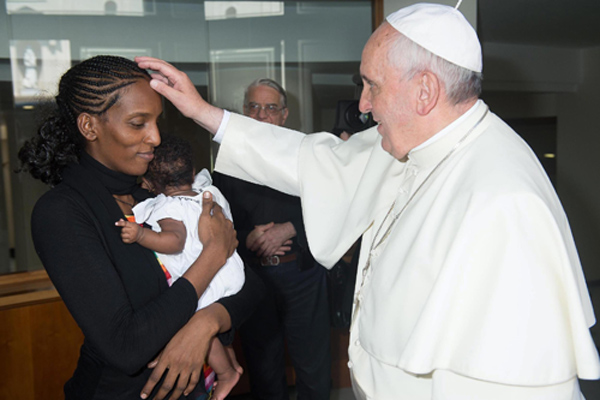 Even in Christian communities – he said – often mothers are not listened to. He said that their voices should be taken more into consideration and they should be supported in their aspirations.

Mothers, Pope Francis said, “are an antidote to the spread of self-centeredness, a decline in openness, generosity and concern for others”.

And speaking of motherhood, the Pope said that it “is more than childbearing; it is a life choice, entailing sacrifice”, respect for life, and commitment to passing on those human and religious values which are essential for a healthy society. 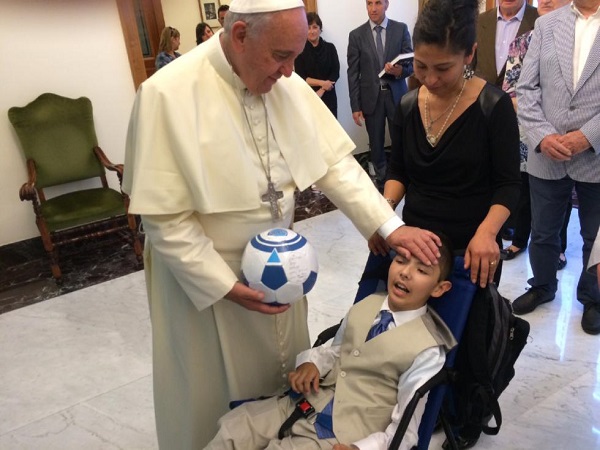 A society without mothers, the Pope said, would be an “inhuman society” because even in the darkest moments “mothers are witnesses of tenderness, dedication and moral strength”. Mothers – he continued – are the ones who transmit “the deep sense of the practice of religion, the first prayers, the first gestures of devotion. The value of faith in the life of a human being is a message that mothers transmit without having to give too many explanations”. He said that explanations come later, but the “germ of faith is in those first, precious moments” of life, and without mothers, Francis pointed out, “not only there would be no new faithful, but faith itself would lose a good part of its simple and profound warmth.”

Recalling the words of Archbishop Oscar Romero who was assassinated while serving Mass in El Salvador in 1980, Francis said he spoke of a “martyrdom of mothers”, whose sensitivity to all that threatens human life and welfare is a source of enrichment for society and the Church. “To be a mother does not only mean to give life to a child, it is a choice of life, the choice of giving life. This is beautiful” he said.

Concluding his catechesis, Pope Francis asked all to join him in thanking mothers everywhere for what they are, and for all that they give to the Church and to our world.