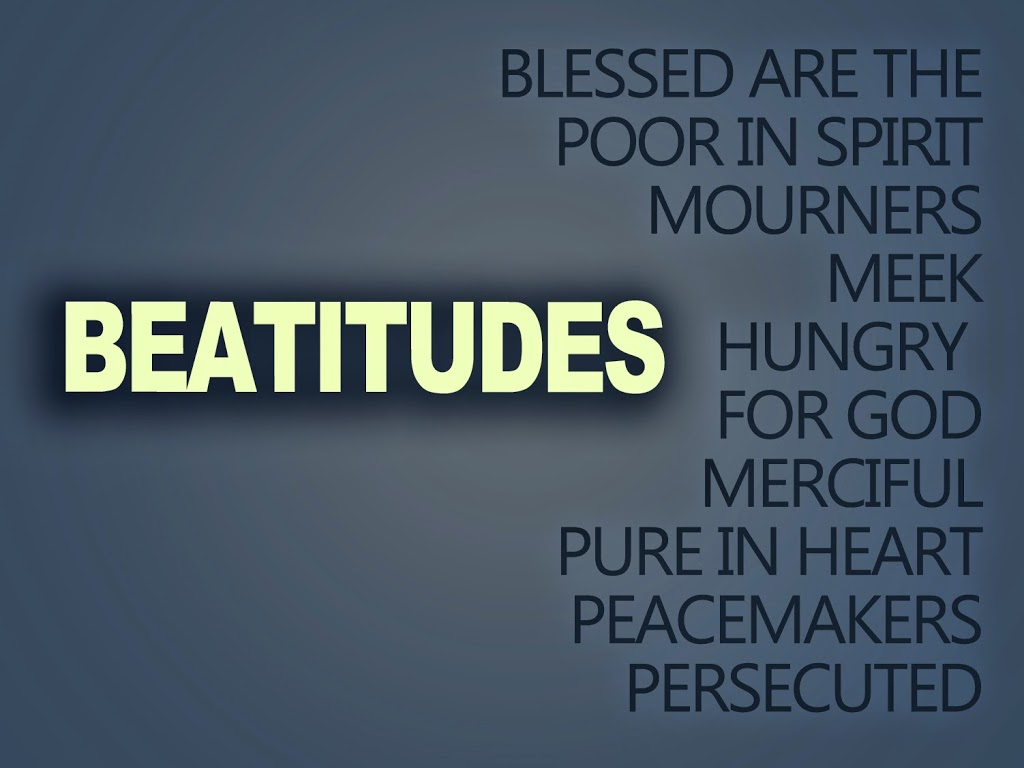 R R / Last Updated: July 9th, 2014
(Vatican Radio) Pope Francis says the Beatitudes spell out a program for Christian life.
During his homily at Monday morning Mass at Casa Santa Marta, the Pope focused on the Beatitudes; on the day following the historic meeting for peace in the Vatican, he called for the courage of meekness to defeat hatred.
Reflecting on the Gospel reading of the day which focuses on the Beatitudes, Pope Francis described them as a “program”, the “identity card of a Christian”.  If you ask yourself how to become a good Christian,  this is where you can find Jesus’s answer, an answer – he said – that points to an attitude that is currently very much against the tide: Blessed are the poor in spirit. Wealth – Francis pointed out – offers no guarantee, in fact – he continued – when the heart is rich and self-satisfied, it has no place for the Word of God: “Blessed are they who mourn for they will be comforted”.

The world tells us that happiness, joy and entertainment are the best things in life. And it looks the other way when there are problems of disease or pain in the family. The world does not want to suffer, it prefers to ignore painful situations, to cover them up. Only the person who sees things as they are, and whose heart mourns, will be happy and will be comforted. Thanks to the consolation of Jesus, not to that of the world. Blessed are the meek in this world which is filled with wars, arguments, hatred. And Jesus says: no war, no hatred. Peace and meekness.”
Pope Francis continued saying “if you are meek in life, people will think you are not clever”. Let them think that – he said – “but you are meek because with this meekness you will inherit the Earth”. “Blessed are they who hunger and thirst for righteousness”. It is so easy – the Pope observed – to become part of the corrupt and referred to “that daily approach of ‘do ut des’. Everything is business”. How much injustice does that approach cause – he noted – and how many people suffer because of injustice. And Jesus says: “Blessed are they who fight against injustice. Blessed are the merciful for they will be shown mercy”. The merciful – the Pope said – “those who forgive and understand the mistakes of others”. Jesus – he pointed out – does not say “blessed are they who seek revenge”.
“Blessed are they who forgive, who are merciful. Because we are all part of an army of people who have been forgiven! We have all been forgiven. That is why blessed is he who undertakes this path of forgiveness. Blessed are the pure of heart, they who have a simple, pure heart without dirt, a heart that knows how to love with purity. Blessed are peace-makers. But it is so common amongst us to be war-makers or perpetrators of misunderstandings! When I hear something from one person, and I go and say it to someone else in a second, enlarged, edition… the world of gossip. People who gossip, who do not make peace, are enemies of peace. They are not blessed”.
“Blessed are they who are persecuted for the sake of righteousness”. How many people – Pope Francis said – have been persecuted, “and continue to be persecuted simply for having fought for justice”. And recalling the Beatitudes, the Pope pointed out that they represent “a program for life offered to us by Jesus”: “So simple and yet so difficult”. And he said: “if we are searching for more, Jesus gives us other indications” as written in the Gospel according to Matthew, chapter 25: “For I was hungry and you gave me food, I was thirsty and you gave me drink, I was ill and you cared for me,  I was in prison and you visited me”. With these two things – the Beatitudes and Matthew 25 – “one can live a holy, Christian life”.
“Few words, simple words, but practical for all. Because Christianity is a practical religion: it is not just to be imagined, it is to be practiced. If you have some time at home today, take the Gospel, Matthew’s Gospel, chapter five. At the beginning there are the Beatitudes; in chapter 25 the rest. And it will do you good to read them once, twice, three times. Read this program for holiness. May the Lord give us the grace to understand his message”.