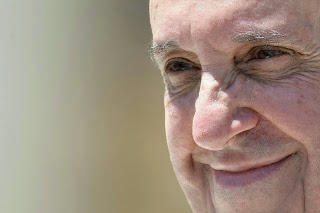 Pope Francis looks to Philippines & Sri Lanka for next pilgrimage

Aboard the papal plane, May 27, 2014 / 05:43 pm (CNA/EWTN News).- On his return flight from the Holy Land, Pope Francis announced that he will visit Sri Lanka and the Philippines in January 2015.
“There are two Asian trips planned: one to South Korea and then next January, a two-day trip to Sri Lanka and the Philippines, to the area affected by the tsunami,” Pope Francis said during an in-flight press conference May 26, according to the Italian newspaper La Stampa.
Pope Paul VI visited the Philippines in 1970. St. John Paul II visited the Philippines in 1981 and again in 1995 during a trip that included Sri Lanka, Australia, and Papua New Guinea.
In February, Cardinal Malcolm Ranjith of the Sri Lankan capital of Colombo had invited Pope Francis to visit the country.
“I welcome this invitation, and I think the Lord will grant us the grace,” the Pope told Sri Lankan pilgrims at the Vatican Feb. 8.
Pope Francis also acknowledged that “many tears have been shed” by the…
Click here to read more.