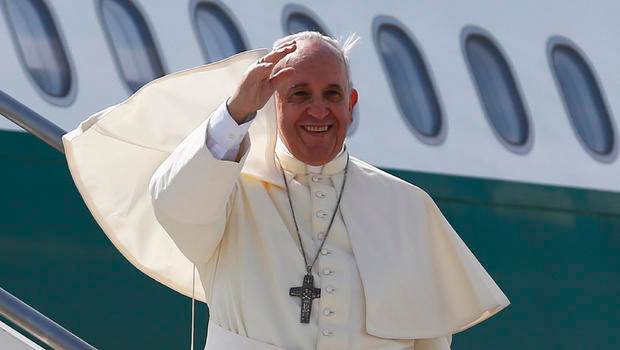 Pope at Auschwitz to shape WYD

(CNA) Since the very first World Youth Day in 1986, the international Catholic event has been marked by prayer, music, and fellowship among thousands of young people eager to encounter the Pope.

This year’s gathering in Krakow, Poland will feature the same elements – but it will also be unique, with the Pope’s visit to the Auschwitz-Birkenau concentration camp.

Paul Jarzembowski, the World Youth Day USA Coordinator at the U.S. bishops’ conference, explained that the structure of the global gathering is intended to reflect the saving events of Triduum – the passion, death and resurrection of Christ.

The Friday of every World Youth Day is a commemoration of Good Friday. A vigil is held on Saturday, and Sunday remembers Easter joy with the celebration of Mass.

“The fact that Pope Francis is going to be visiting Auschwitz on Friday, which is always the reflective day of the week, will be very appropriate,” he said. “I don’t think it will change the tone of World Youth Day. It will highlight even more that this experience is very paschal.”

In addition to visiting the speeches, Masses and prayer reflections, Pope Francis’ July 25-31 itinerary for World Youth Day in Poland includes a visit to the Auschwitz-Birkenau concentration camp.

“In this Year of Mercy,” Jarzembowski said, “it is certainly important for Pope Francis and the Church to remember, by his example, times when the world has not been as merciful.”

Jarzembowski said that the tragedy of the Holocaust, during Nazi German rule, was a moment in history without mercy. More than six million Jews were killed, as well as five million non-Jews.

“Pope Francis’ time there (Auschwitz) is a reminder for us to continue being in dialogue with our Brothers and Sisters in the Jewish faith,” he said.

“It is a reminder for us in what we are going through today. What do we do with this in regards to religious persecution; with the way we treat one another culturally and societally with different groups,” he added.

“I think it calls us to remember not slip into times where we aren’t merciful as a culture. When the pilgrims see the Holy Father doing this, it will challenge them to step up and find ways in which they too can hear those lessons of mercy or interfaith dialogue.”

Furthermore, Jarzembowski said, it will “remind them of where they are at in the Poland. The Polish culture and the history of Poland, has had a very interesting past.”

The Church in Poland faced great oppression in the 20th Century, first under the Nazis and later under the Communist regime.

But in the same way that Jesus suffered and then brought hope to the world through his resurrection, Jarzembowski said Poland’s history also had moments of great grace with the lives of three saints.

Saint Maximilian Kolbe, a Polish Franciscan friar, volunteered to starve to death in place of a father during the Holocaust.

The Polish mystic and nun, Saint Faustina, grew up in Poland during the World Wars and received messages of mercy from the Lord, known today as the devotion of the Divine Mercy.

Karol Józef Wojtyla grew up in Poland, became Pope John Paul II in 1978, and argued with the Polish government in order to make a papal visit in 1979. Millions of people lined the streets and his impact brought improvements to religious freedom in the country. He held the first World Youth Day in 1986 and now – 30 years later – the celebration will take place in the city where the saint once served as archbishop.

“That spirit is the same spirit as World Youth Day. I think that’s why there’s such electricity to the air. You know that you’re not alone.”

Jarzembowski said the Polish government has been very cooperative with the Archdiocese of Krakow and has enhanced security to keep the pilgrims safe. He also said the government is excited to see so many people in their country.

The more than two million pilgrims expected to attend World Youth Day will encounter the universality of the Church through liturgy, music, diverse languages, and prayer, concluding with Mass celebrated by Pope Francis.

“The experience of celebrating a faith that you have with millions of other people, standing side-by-side with you, is truly something special,” Jarzembowski said.