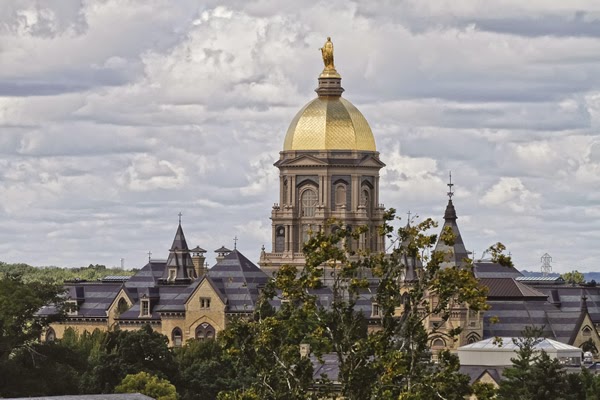 (Fox) “As such, the Club Coordination Council felt there was not a need for another similar-type club,” the letter continued. “You are encouraged to contact the Club Coordination Council’s Social Service Division to learn about collaborating with the existing clubs working toward your mutual goals.”
SCOP, which was founded in January, is comprised of Notre Dame undergraduate and graduate students focused on the debate about marriage in Indiana, where the school is based, according to its Facebook profile, which had 69 members as of Tuesday.
“SCOP’s overarching concern is that policymakers are failing to approach their task with a view to how those policies will affect children,” the group’s Facebook page reads. “They seem to conceive of policy only as it will affect the stable, independent adult with resources. We see this approach affecting a number of important political issues, not just the current question about the definition of marriage. Still, marriage is both foundational and at a critical point in this state and country, and therefore, SCOP has decided to focus on the issue in its initial conference.”
Click here to read more.