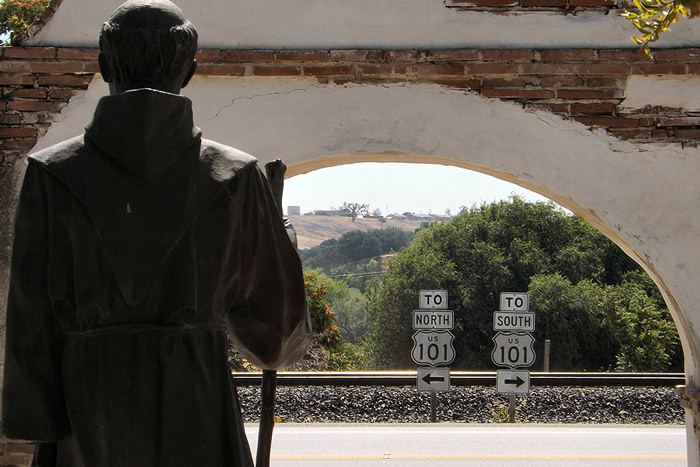 (CNA/EWTN News)  Although the colonial and missionary period of California’s history is often riddled with bitter memories, Archbishop Jose Gomez of Los Angeles reflected on the life of the missionary Bl. Junipero Serra as a bold witness to the faith.

“The historical record confirms what Pope Francis believes: that Blessed Junipero Serra was a man of heroic virtue and holiness who had only one burning ambition – to bring the good news of Jesus Christ to the peoples of the New World,” Archbishop Gomez noted in his column published Jan. 22.

After Pope Francis announced last week that he will canonize Bl. Junipero Serra in September during his trip to the United States, Archbishop Gomez began to reflect on the Christian missionary foundation that the Americas were built upon.

“Indeed, Padre Serra’s canonization will be a beautiful day in the life of our nation. It will be a day to remember that our state and our country — and all of the nations of the Americas — are born from the Christian mission and built on Christian foundations,” the archbishop stated.

Although the eighteenth century missionary projects yielded some who engaged in abuse and scandal, Archbishop Gomez believes Padre Serra himself was a protector and defender of the native peoples during a time of colonial exploitation and violence. 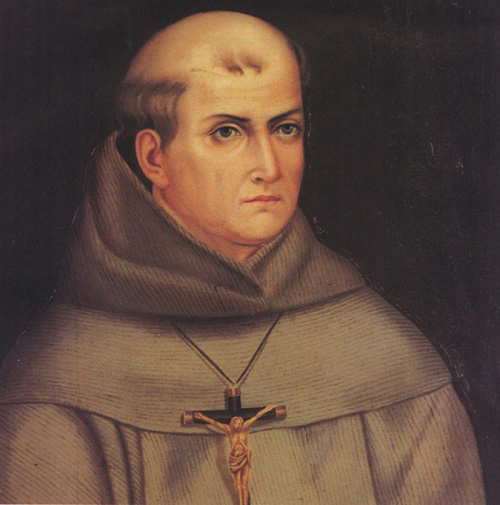 “We cannot judge 18th century attitudes and behavior by 21st century standards. But the demands of Gospel love are the same in every age. And it is sad but true that, as John Paul II said, in bringing the Gospel to the Americas not all the members of the Church lived up to their Christian responsibilities,” he reflected.

However, despite the scandal that some missionaries brought with them to California, Archbishop Gomez believes that Bl. Junipero Serra was a human rights champion who fought for the dignity of all people, especially the natives.

“Padre Serra was bold and articulate in fighting against the civil authorities to defend the humanity and rights of indigenous peoples,” Archbishop Gomez noted, saying that Bl. Serra was a pioneer of human rights and development in the Americas.

Archbishop Gomez pointed to a 1773 memorandum in which Bl. Junipero Serra wrote about improving the spiritual and material well-being of the indigenous people, while criticizing the military’s mistreatment of natives. In an effort to prevent these cruelties, Padre Serra insisted that missionaries should take over the training and governance of the baptized Native Americans.

“Whatever human faults he may have had and whatever mistakes he may have made, there is no questioning that he lived a life of sacrifice and self-denial,” the archbishop reflected, saying he died giving his life out of love for the Gospel and the native people he came to serve.

Not only did Bl. Junipero Serra offer an important model to follow for the eighteenth century missionaries, but he also continues to pave the way for the new era of cultural encounter. According to Archbishop Gomez, the current generation has much to learn from Padre Serra in the continental mission of the new evangelization.

“The missionaries of that first generation were creative and pioneering students of the indigenous peoples and cultures they served. They learned the local languages, customs, and beliefs. And they sowed the seeds of the Gospel to create a rich Christian civilization,” Archbishop Gomez stated, pointing to Bl. Serra’s witness as inspiration for the new evangelization.

Archbishop Gomez noted that when Bl. Serra traveled from Spain to Mexico, he walked nearly 300 miles to consecrate his mission at the Shrine of Our Lady of Guadalupe before coming to California.

“His story reminds us that in God’s plan of salvation, the Gospel was first preached in this country by Spanish missionaries from Mexico, under the sign of the Virgin of Guadalupe, the bright star of America’s first evangelization,” Archbishop Gomez stated.

“All of this should instruct and inspire us as we go forward to be the next generation of missionaries to California and the Americas,” he noted, saying the faithful should be grateful for the gift of the new saint.

“And let us ask Our Lady of Guadalupe to help us to continue her work and the work of America’s first missionaries — in offering Jesus Christ to every man and woman and promoting justice and human dignity.”