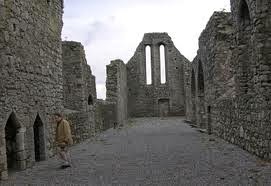 In his story about the healing of the leper, Mark stresses the supremacy of faith. He teaches us we must be open to God’s personal presence. The externals of religion, even the most sacred dogmas and holiest objects, are meant to facilitate our interior communion with the Lord. Our hearts, when silence prevails and distraction is kept at bay, are the true Ark of the Covenant and place of miracle. For his own reasons, God sometimes allows the externals on which we rely seemingly to collapse. The Ark will be captured by the enemy. The tried and true of religious practice suddenly seems inadequate to our needs and leaves us lonely and helpless. We must traverse this desert to find Jesus.

Discerning true from false religiosity is not always easy. The common folk are hardly to blame for rallying around traditional centres of religion — the Ark of the Covenant and the miraculous power of God. Who then is to blame? It seems that religious leaders carry the burden of fault. Earlier in First Samuel, in a section not mentioned in the liturgy, Eli’s sons Hophni and Phinehas were guilty of serious wrongdoing. They were reserving the best part of the people’s sacrifices for themselves and offering to God only the remnants; there were other scandalous actions. Religious leaders bear the brunt of blame if superstition and selfishness are rampant among the people — or if the people cannot distinguish true from false forms of religion. 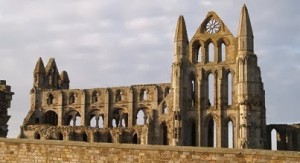 Each one of us has religious influence in one way or another: as parent or teacher, as priest or minister, as neighbor or friend. In all of these capacities we influence others and are responsible for the moral attitude and strength of faith in others. The Scriptures question us: Do I use my position of authority to dominate others or to acquire personal benefits or to further personal career? Do I seek not to be the center of attention, so that my words and actions lead others to prayer and recollection in God’s presence?
(Adapted from ACP)