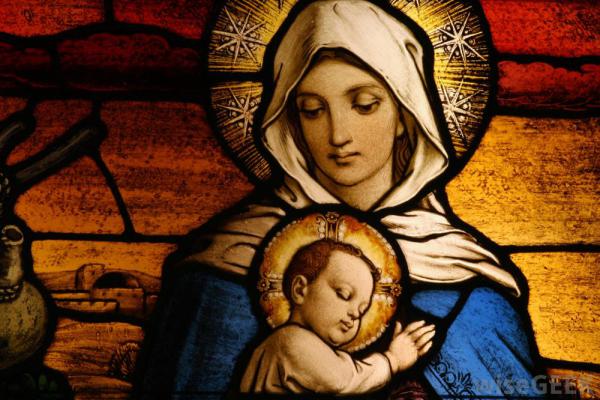 Mary – the Focus of WYD

A Nov. 22 Vatican communique revealed that the themes for 2017 and 2018 diocesan-level events as well as the international gathering in 2019 will all be taken from Chapter 1 of the Gospel of Luke, centering on Mary in the scene of the Annunciation and her Magnificat, spoken after her cousin Elizabeth’s declaration that “Blessed are you among women, and blessed is the fruit of your womb.”

The theme for the 2017 gathering will be: “The Mighty One has done great things for me, and holy is his name,” taken from Lk 1:49, while the theme for the 2018 encounter is: “Do not be afraid, Mary, for you have found favor with God,” which the Angel Gabriel spoke to Mary in Lk 1:30.

The three-year journey will culminate with the global encounter to be held in Panama in 2019, and which will reflect on the theme, “I am the servant of the Lord. May it be done to me according to your word,” spoken by Mary after the Annunciation in Lk 1:30.

Pope Francis announced Panama as the location of the next global World Youth Day gathering on the last day of the international gathering in Krakow earlier this year.

World Youth Day (WYD) is a gathering of youths from all over the world to meet with the Pope in order to build and strengthen the bonds of faith, friendship and hope, symbolizing the union between people of different cultures and countries.

In the communique, sent by the new dicastery for Laity, Family and Life, it was noted that the spiritual path laid out by the Pope for the next three years “continues the reflection that started with the last three WYDs (2014-2016),” which were focused on the Beatitudes.

“As we know, Mary is the one that all generations call blessed,” it read, noting that in his prepared speech to WYD volunteers in Krakow, Francis pointed to Mary’s disposition, describing her “as a role model to be imitated.”

Having tossed aside his prepared remarks, the Pope told youth in his off-the-cuff comments to have “memory of the past, courage for the present and to have (and) be hope for the future.”

The three themes for the next three years, then, are meant “to give a clear Marian tone to the spiritual journey” of the next three WYD gatherings, while at the same time providing a picture of youth “on a journey between the past (2017), present (2018) and future (2019), inspired by the three theological virtues of faith, charity and hope.”

In addition to the focus on youth, the Vatican announcement said, the “spiritual journey” proposed by the Pope is also “in harmony with the reflection that Pope Francis has entrusted to the next Synod of Bishops,” which was announced Oct. 6 and follows the theme: “Young People, Faith and Vocational Discernment.”