JOURNEY TO THE HEART OF MARY

“I went seeking Mary, and she showed me her Son."
-Stephanie L. Marian Shrines Pilgrim

Click on the buttons below to learn more about these featured holy places.

*Note, this group may not be visiting any or all of these sites.
Please refer to your brochure for a comprehensive itinerary.
Covadonga
Zaragoza
FATIMA
Montserrat
Lourdes
Garabandal

In 722 the Moorish invasion of Spain had pushed the small, Christian resistance into northwest Spain. Hiding in the caves of Covadonga, the resistance sought the intercession of the Virgin Mary. They credited their miraculous triumph to Our Lady’s intercession.

Disheartened with his mission and lack of converts in the pagan lands of Hispania, the disciple James prayed by the banks of the Ebro River. Mary appeared before him atop a pillar and assured him that his work would bear fruit. The pillar still stands in the church today.

Blackened by candles that burned before it day and night, this statue became known as the “Black Madonna” and dates to at least the twelfth century. Millions have scaled the mountains to pray before the Black Madonna of Montserrat, seeking miracles of their own.

In 1858 little Bernadette Soubirous was collecting firewood when “a woman dressed in white” appeared to her for the first of several times. During one of the visits, the woman asked Bernadette to dig into the ground and drink from the waters that would spring up. That spring still flows today and is a source of physical and spiritual healing. To date, 67 miracles have officially been reported, but pilgrims will tell you that the number of unreported miracles is far greater.

Though not yet an approved apparition, St. John Paul II, St. Theresa of Calcutta, and St. Padre Pio professed in their private writings that they believed Mary had truly appeared to four schoolgirls in this tiny town in Spain.

ENJOY COMFORT, SAFETY, & GUIDANCE
WITH A MINISTRY TEAM THAT:

ENJOY SAFETY, COMFORT, & GUIDANCE
WITH A MINISTRY TEAM THAT: 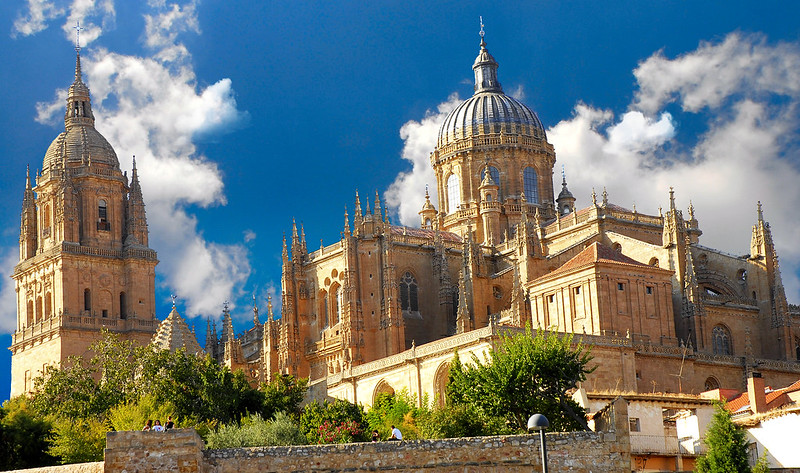