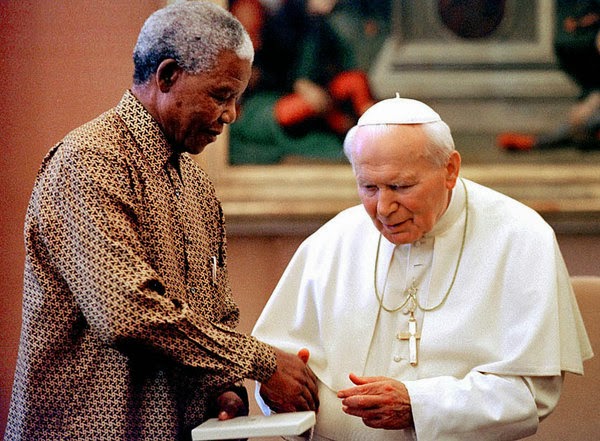 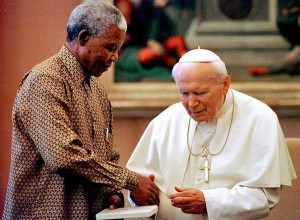 With the passing of Nelson Mandela this week we have heard often the word “reconciliation” used to describe is achievements.  He reconciled two sides that were part of a very divided country.  The readings from this weekend, however, point to even more important men who brought about reconciliation. 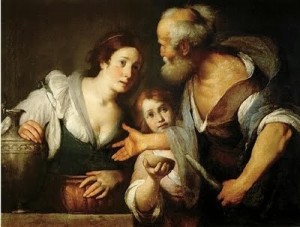 Jesus tells us that John the Baptist was more than a prophet (Luke 7:26). John was the voice of the Consoler who is coming (John 1:23; Isaiah 40:1-3). He completed the cycle of prophets begun by Elijah (Matthew 11:13-14). What the prophets had carefully searched for and angels longed to see, now came to completion as John made the way ready for the coming of the Messiah, God’s Annointed Son, the Lord Jesus Christ. With John the Baptist, the Holy Spirit begins the restoration to the human race of the “divine likeness”, prefiguring what would be achieved with and in the Lord Jesus. 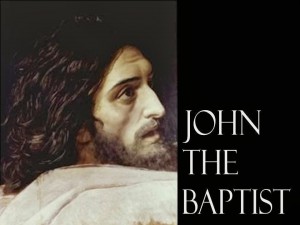 John the Baptist’s life was fueled by one burning passion – to point others to Jesus Christ and to the coming of his kingdom. Who is John the Baptist and what is the significance of his message for our lives? Scripture tells us that John was filled with the Holy Spirit even from his mother’s womb (Luke 1:15, 41) by Christ himself, whom Mary had just conceived by the Holy Spirit. When Mary visited her cousin Elizabeth John lept in her womb as they were filled with the Holy Spirit (Luke 1:41). The fire of the Spirit dwelt in John and made him the forerunner of the coming Messiah. John was led by the Spirit into the wilderness prior to his ministry where he was tested and grew in the word of God. John’s clothing was reminiscent of the prophet Elijah (see Kings 1:8). John broke the prophetic silence of the previous centuries when he began to speak the word of God to the people of Israel. His message was similar to the message of the Old Testament prophets who chided the people of God for their unfaithfuless and who tried to awaken true repentance in them. Among a people unconcerned with the things of God, it was his work to awaken their interest, unsettle them from their complacency, and arouse in them enough good will to recognize and receive Christ when he came. Are you eager to hear God’s word and to be changed by it through the power of the Holy Spirit?
(Adapted from Don Schwager)