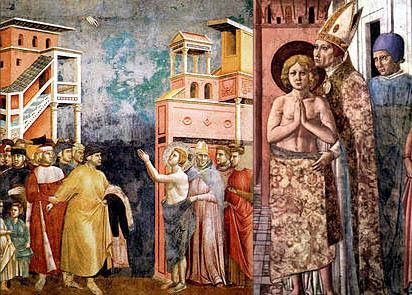 R R / Last Updated: July 3rd, 2014
At the heart of St. Ignatius’ “Spiritual Exercises” is what he calls the agere contra principle–to “act against” those things that trouble us. Let’s say I have a tendency toward overindulging in food, sex, or alcohol. I must find a way to actively battle against that tendency, to actively fast from food, for example. Let’s say I’m tempted to badmouth people or be too critical. I need to act against that by, for example, praising people throughout Lent. I might alternatively choose to write a thank-you note, or a note of praise, each day during Lent. In Ignatius’ view, sin is like a bent stick that we need to bend back in the other direction–that’s the agere contra principle.