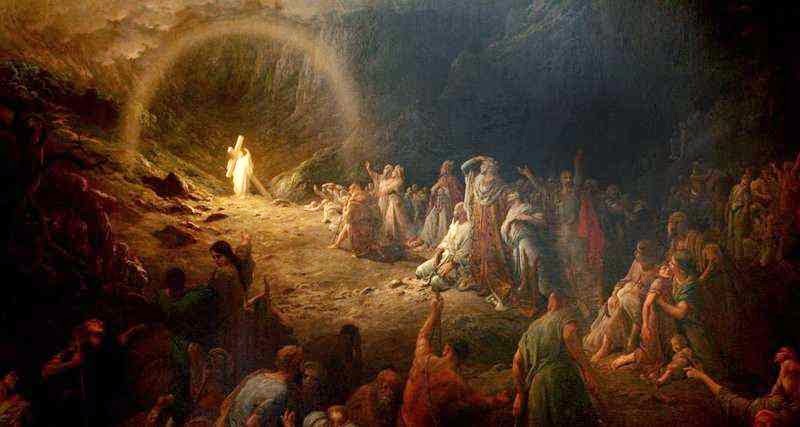 In the wake of Mel Gibson’s movie, “The Passion of the Christ”, and now more recently Mark Burnett’s film, “Son of God”, a lot of people have wondered, why was it necessary for Jesus to die on a cross? Although viewers of both films admired Jesus’ courage in suffering through his brutal execution, they still wondered, did God want that? Did God demand that awful, bloody sacrifice?

Han Urs von Balthasar said that what you see on the Cross is the greatest act of love, because the Father, out of love, sent the Son all the way into our human condition-but then, even more, he sent him into God-forsakenness. Jesus went to sinners, the sick, the marginalized, but then even further than that.
In the most dramatic way possible, Jesus ventured into what frightens us the most: death. As St. Paul says, “He accepted death, even death on a cross,” which for someone of that time, and maybe of any time, was the most brutal way to be killed.
So the Father sent the Son all the way out into the furthest limits of God-forsakenness, but why? To usher into those places the divine light. Is death a place that God is not? No, because God is present there in Jesus. Is suffering a place that God is not? No, because the Son entered into suffering. Is sin a place where God is not? No, because God became sin on the Cross, says Paul.
Through Jesus, the divine light journeys into our worst darkness. His aim is to divinize us, to allow us to “share his divine nature” in St. Peter’s words, even in those dark places and conditions. Sin is a turning away from the divine life, and death is a fearful place that seems alien to God. But Jesus invades all those places, and thereby illumines them. He offers us new life even when we’ve wandered as far as we possibly can from God. 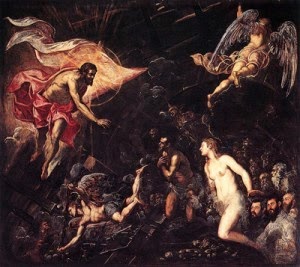 In that sense, the Cross was necessary for our salvation since it allowed the Hound of Heaven to hunt us down, even in the darkest places.
“Through Jesus, the divine light journeys into our worst darkness.”
– Father Robert Barron