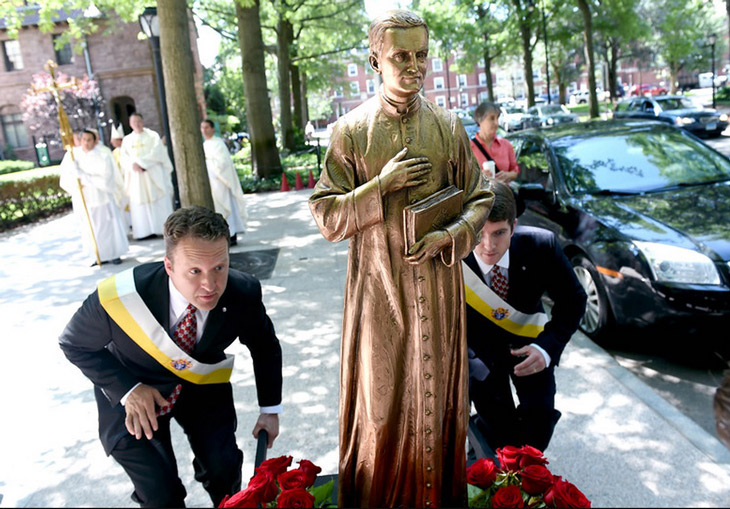 Knights of Columbus commemorate 125th anniversary of the death of founder 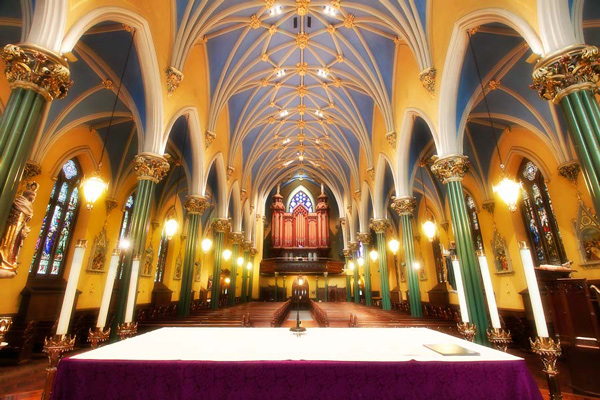 (New Haven Register, By Mary O’Leary) The archbishop of Baltimore told a packed church service Friday that he views the founder of the Knights of Columbus “as the parish priest of my soul.”

The Most Rev. William E. Lori, now the archbishop of Baltimore and supreme chaplain of the Knights of Columbus, came back to Connecticut Friday to celebrate a Mass at St. Mary’s Church to commemorate the 125th anniversary of the death of the Venerable Rev. Michael J. McGivney.

McGivney, while he was an assistant parish priest at St. Mary’s, founded the Knights of Columbus in 1882 as a fraternal organization to help impoverished immigrants, particularly widows and children.

The Knights of Columbus today has nearly 2 million members, growing exponentially from the 5,000 men who belonged to 51 councils in Connecticut and Rhode Island at the time of McGivney’s death in 1890.

The priest’s remains are in a granite sarcophagus in the church, which has become a place of pilgrimage for the Knights and others since they were placed there in 1982.

McGivney was declared venerable by the Vatican in 2008 and his supporters are hoping the Waterbury native is canonized a saint, a quest that began in 1997.

Brian V. Caulfield, vice postulator for the canonization cause, Friday said venerable means McGivney was a man of “heroic virtue.”

“He lived life to an heroic level of faith, hope and charity,” Caulfield said. 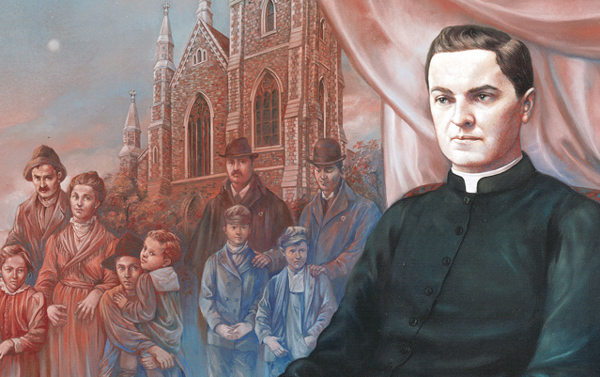 Lori described McGivney as someone who excelled academically in his seminarian training, “but even more so he excelled in piety and friendship.”

“(W)e priests like to imagine that Michael McGivney would have been not only our classmate and our teammate, but indeed our friend,” the archbishop said in his homily.

Lori said he was “humbled” to stand and preach where McGivney did at St. Mary’s Church on Hillhouse Avenue, where he was known for his ability to relate to young people.

“Today, everyone talks a lot about the importance of youth ministry. Father McGivney, as usual, didn’t theorize. He simply did it and did it well,” Lori said.

He said McGivney helped transform St. Mary’s parish from one of the smallest when he came in 1877, to one of the largest.

McGivney, early on in his assignment to St. Mary’s, took on the guardianship of a teenager, whose father had died, according to Douglas Brinkley, who wrote “Parish Priest: Father Michael McGivney and American Catholicism.”

For families whose breadwinner had passed away, leaving no inheritance, the children would often be sent to public institutions, if a guardian was not found and a hefty bond posted.

McGivney’s experience with the vulnerability of the widows and children who found themselves in this position, led to the establishment of the Knights of Columbus as a mutual aid society to help provide for them.

Today, it is an influential religious and charitable organization, as well as an insurance company.

Supreme Knight Carl Anderson, in a report at the 133rd convention earlier this month, said the organization had made $173 million in charitable donations and its members had provided 71.5 million in volunteer hours.

As for its insurance program, Anderson reported that insurance in force is at $99 billion, which had more than doubled in a dozen years.

Guidestar, which posts the 990 reports of nonprofits, said the Knights of Columbus in calendar 2013 had revenues of $2.186 billion and expenses of $2.072 billion.

The headquarters for the Knights is in New Haven.

Lori, in his homily, said McGivney lived the principles of the Knights — charity, unity and fraternity. If he had not shown personal generosity and compassion, the organization would never have taken off, Lori said.

McGivney died at the age of 38, after 13 years as a priest in Connecticut.

In 2013, Anderson told the Knights convention that “a possible miracle attributed to his (McGivney’s) intercession is now under investigation in Rome.”

If a miracle is verified, Caulfield Friday said the Connecticut priest would be beatified, that is declared “blessed.” A second miracle would be needed to reach canonization.

Caulfield said the inquiry “is at the stage where no particular details” are being released by the Vatican at the moment. 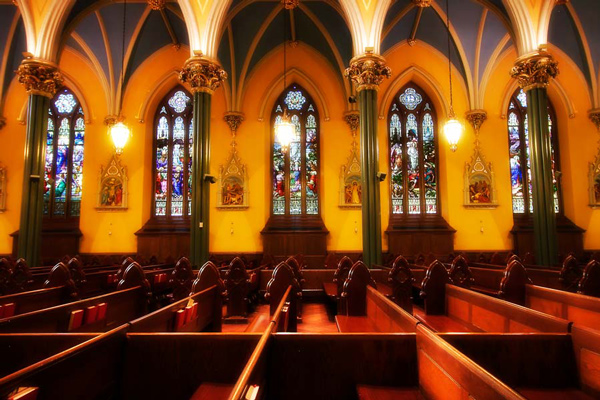 “As we are learning, it takes years,” Caulfield said of a process that began under the first postulator, the Rev. Gabriel O’Donnell, when McGivney’s cause was taken up in Hartford.

He told the National Catholic Register in 2013 that the Vatican puts together a medical commission to determine whether a potential miracle is “beyond medical explanation.”

The Knights of Columbus Museum, located at 1 State St. in New Haven, will be offering special tours highlighting McGivney’s life on Saturday and Sunday at 11 a.m., 1 and 3 p.m. each day. For more information on the museum, visit www.kofcmuseum.org

Lori was the bishop of the Diocese of Bridgeport from 2001 to 2012 before he was named archbishop of Baltimore.

As head of the U.S. Conference of Catholic Bishops committee on religious freedom in 2012 he led the fight against the requirement that insurers cover birth control, even if religious affiliated employers were not forced to pay for it. Locally, in 2009, Lori led the successful fight in Connecticut to defeat proposed changes in church governance.

The Knights of Columbus has been active in the fight against same-sex marriage and abortion.